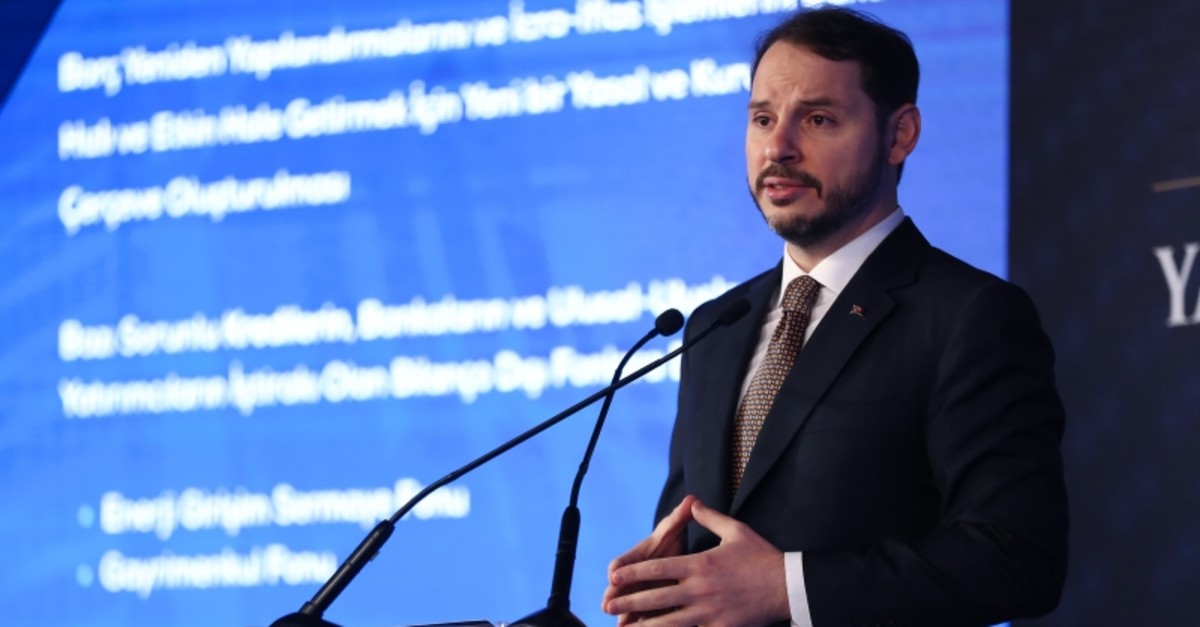 Albayrak said the government would boost banks' capital and valuable exports, and adjust taxes as part of a reform plan meant to revive the economy amid high inflation.

"We continue to uphold our fiscal discipline after the elections. We issued tax incentives to some sectors. We will take steps that will ensure fairer taxation on higher income groups that will have minimum effect on inflation," Albayrak said.

Albayrak, unveiling the long-awaited reform package to international investors, said the new measures applied to 2019 only.

The government would deliver debt securities worth 28 billion lira ($4.92 billion) to capitalize state banks and would also raise capital levels at private banks, he said. Dividend and bonus payments would be limited during an economic rebalancing period, he added.

Non-performing loans are expected to double this year at Turkish banks.

"The new individual pension system will be based on citizens' income level; in 5 years, we expect the funds in the new retirement reserve to exceed 10% of Turkey's GDP," he said.

The minister said Turkey will launch a "National Unity Project in Agriculture," aimed at fighting inflation on food prices. He said the project will be fully unveiled to the public in May.

Last year, the Turkish lira lost nearly half its value against the dollar and finished the year down nearly 30 percent. The crisis - which shook global financial markets - was set off by strained U.S.-Turkey ties, concerns over central bank independence, and a build-up of leverage.