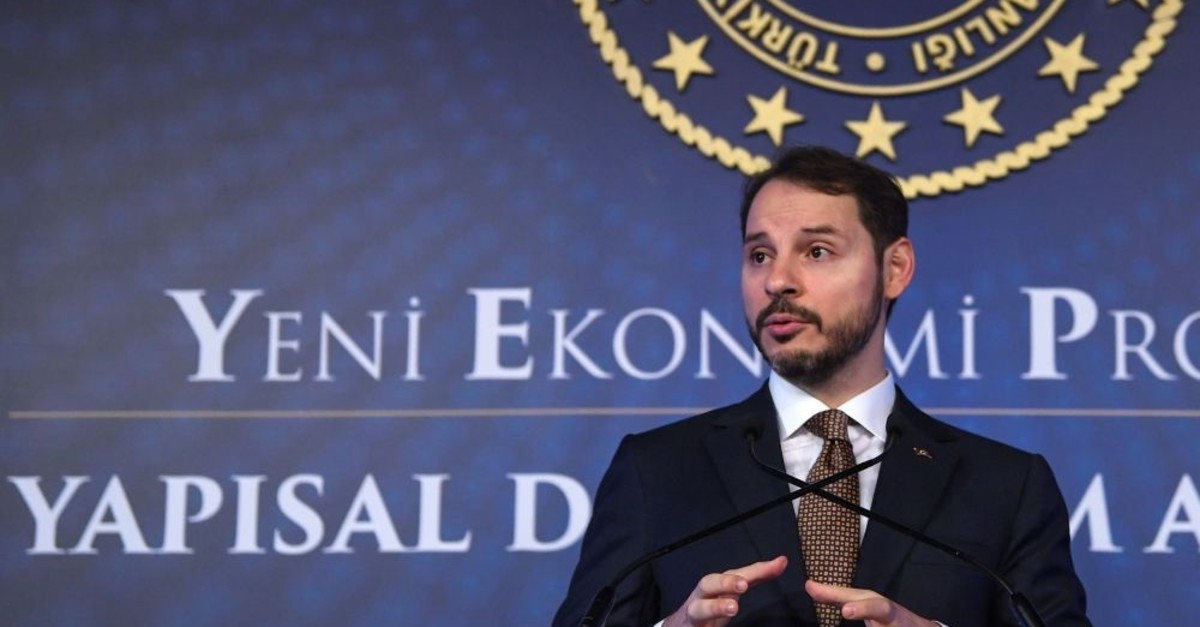 The new reform program includes necessary steps to address urgent issues including the financial sector and inflationary pressures while offering a vision for judicial reforms and a fairer tax regime, crucial to sustainable economic development

Following the March 31 municipal elections, Turkey has entered a 4.5-year period of sweeping reforms to tackle the most urgent issues, including the finance structure, inflation, the tax regime and agricultural production while ensuring sustainable growth and development with increased exports, tourism revenues and logistical operations. The new reform package, which the markets had been waiting for since before the elections, was unveiled yesterday by Treasury and Finance Minister Berat Albayrak. The minister recalled that the New Economic Program (NEP) launched in September 2018 laid the ground for the implementation of necessary actions to ensure compliance with free market rules, tight fiscal policy, sustainable growth, a fairer tax regime and the coordination of monetary policy with fiscal policy.

"We are now going to achieve the goals and transformations with this reform program," Albayrak said. Turkey will focus on structural reforms to achieve the target of becoming greater and more powerful, the treasury and finance minister said Wednesday. "This transformation and reform process will decisively continue in a 4.5-year period with no elections," Treasury and Finance Minister Albayrak said. The new reform package will primarily focus on the banking and finance sectors, the treasury and finance minister noted.

From banking to insurance, the reforms will delve into all areas of the financial sector and contribute to the reinforcement of the capital structure of both private and public lenders. In addition to the financial sector, the second area the reformation efforts will concentrate on is inflation, which soared as high as 25 percent in October 2018 and retracted to 19.71 percent in March. Minister Albayrak also underscored that in order to mitigate food inflation, the government will carry out structural reforms in agricultural policy. "We are going to launch a National Unit project in agriculture, which will be the most important structural reform in this area," Albayrak said.

Turkey's reforms in the upcoming period will also be implemented in the judicial sphere. The relation between a fair and effective legal system and strong and sustainable economic development is crystal clear," Albayrak said and continued, "In accordance with our goal to ensure a judicial system that supports investment environment and boosts investor confidence, the justice ministry is preparing a legal reform strategy."

- Under the leadership of the Banks Association of Turkey (TBB), the balance sheet of private banks will be strengthened by relieving them of troubled assets through debt-equity swaps.

- The ratio of non-performing loans to total cash loans – the lower the better – was 4.11 percent in February, versus 2.92 percent in the same month last year.

- A venture capital fund for the energy industry and a real estate fund will be established.

- To increase savings, an effective and healthy saving system, starting from state to individuals, will be established to eliminate fragilities in the economy.

- Inflationary pressures have been fueled by high food prices and seasonal fluctuations. While inflation was 16.71 percent in March, food and non-alcoholic beverages inflation was still close to 30 percent at 29.177 percent.

- With a view to reducing inflation, a greenhouse corporation will be established to work as a balance element in the fresh fruits and vegetables sector. Initially, a technological greenhouse will be built on some 2,000 hectares by this corporation in 2019 to meet 25 percent of the country's total greenhouse production in the long run.

- Next month, the Agriculture and Forestry Ministry will launch a National Unity Project in Agriculture, to fight food price inflation.

- Red meat price stability will be supported by "a sheep and goat farming move. Turkey's stock of sheep and goats will reach 100 million within four years thanks to government incentives.

- According to official figures, the number of ovine animals surged 4.1 percent to 46.1 million heads last year.

- To make Turkey a regional hub for trade, the Transport Ministry and the Turkey Wealth Fund will draw up a logistics master plan in the upcoming period.

- The logistics master plan will identify the needs of the logistics sector and strategic priorities to boost Turkey's competitiveness in international markets.

- The Tourism Ministry has started working on a master plan to increase the 2023 tourism target: Hosting 70 million tourists and generating $70 billion in tourism revenues. The tourism master plan will be announced by Minister Mehmet Ersoy by September latest.

- As part of the master plan, Turkey aims to diversify tourism in the areas of gastronomy, faith, golf, culture, winter sports and congresses.

- A tourism development fund will be established in order to carry out more effective promotion of Turkey as a hot tourism destination. The fund will also encourage tourism investments by ensuring regional diversity in touristic attractions.

- This year, Turkey expects to welcome 50 million tourists and generate more than $35 billion in revenues.

- Another master plan to boost exports will be prepared by the Trade Ministry and be unveiled in August.

- The master plan will determine long-term export potential and put forward a sustainable strategy to multiply exports. The plan will also lay out strategies to ensure a sustainable increase in the export-to-import ratio. The aim is also to increase the exports of high-value-added products and boost unit prices.

- The reform package also includes a program to expand localization of industrial production. The Industry and Technology Ministry will ensure effective management of research and development (R&D) investments, support supply-demand components and implement the strategies for developing medium-high and high technology products. The program aims to localize the manufacturing of 300 products.

- Other reforms will include new judicial regulations that will ensure an accessible system. In accordance with that goal, the Justice Ministry is currently working on the update of the Judicial Reform Strategy which will be announced soon.

- Judicial reforms will be implemented in full awareness of the fact that the law and economy are complementary to one another to ensure fair economic welfare for the whole of society.

- Since long-term investments are dependent on a predictable judicial practice, Turkey's new judicial reforms will respond to the necessity of creating a high quality and efficient system.

- The Judicial Reform Strategy was first initiated in 2011 to harmonize Turkey's judiciary with that of the European Union as part of the accession negotiations. Since the application of the Judicial Reform Strategy was initiated, some fundamental changes in the judiciary were experienced in accordance with developments within the financial, social and political fields in Turkey.