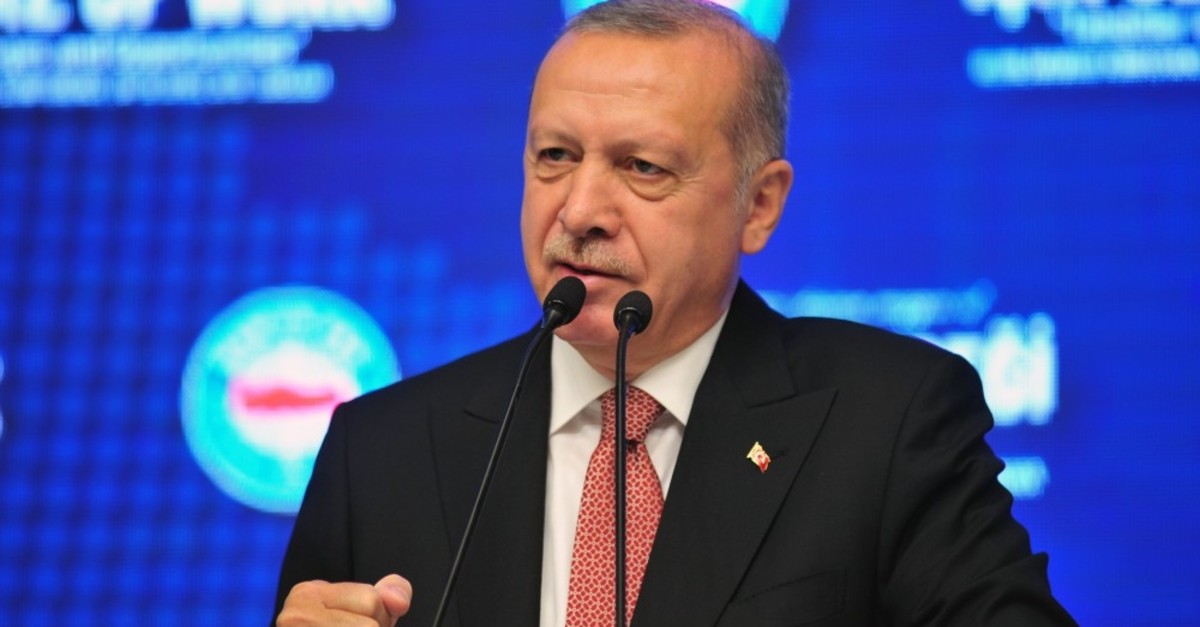 The Turkish government is strongly committed to executing economic reforms and addressing primary security concerns in the long election-free period running until 2023, President Erdoğan said following the manipulative coverage of the Western media

One of the most-emphasized points in the aftermath of the March 31 municipal elections has been the government's resolution to expedite the implementation of the economic agenda in coordination with the relevant public bodies and the private sector. President Recep Tayyip Erdoğan, Treasury and Finance Minister Berat Albayrak and other members of the economic administration and representatives of the business world underscored the importance of the 4.5 year election-free period to accomplishing much-needed reforms to ensure sustainable development and growth. In his address at an international labor conference held by the Confederation of Public Servants Trade Unions (Memur-Sen) in the capital Ankara, President Erdoğan also drew attention to the coverage of the Turkish economy and politics by the international media, which he described as biased.

In reference to an article by the British newspaper the Financial Times, President Erdoğan said: "We are cognizant of the fact that the underlying cause of this anti-Turkey campaign is the principled stance we have displayed on the issues of Syria, Palestine, Yemen and Egypt as well as our sensitivity concerning rising Islamophobia. Those attacks further escalate as we raise our voice against global injustices." "News reports against us multiply as we highlight the double standards regarding the fight against terror and the issue of refugees," President Erdoğan underscored, citing the lack of coverage and attention of the Western media on Turkey's refugee policies and fight against terrorism.

The Financial Times Thursday reported that the Turkish central bank had bolstered its foreign reserves with short-term lending in what analysts worried was a way to overstate its buffer against any new lira crisis. The article received criticism for being biased and citing anonymous resources, which are described as former employees of the central bank.

"Unfortunately, some quarters in the West, using all their media tools, are trying to say our economy has collapsed," Erdoğan said.

In his speech Thursday, President Erdoğan underscored the economy and security-focused agenda ahead. During the 4.5 years heading toward 2023, the primary goal is to fortify the economy, sustain growth performance based on technology and export and increase employment.

"A 4.5 year-long continuous period of action now lies ahead of our country," the president noted, adding: "As the 82 million citizens, we should make the most of this period. We should leave behind election debates and focus on our true agenda, first and foremost the economy and security. It is now time to once again cool the hot iron, shake hands, hug each other and reinforce our unity and solidarity. Our target in the upcoming 4.5-year period is to enhance our people's prosperity as well as to achieve Turkey's goals for 2023 by preserving the security-freedom balance and eliminating threats against our country."

Last week, reports by the Financial Times, Reuters and Bloomberg on Minister Albayrak's meeting with investors in Washington also drew criticism from the Turkish government.

As part of International Monetary Fund (IMF) and World Bank spring meetings, Treasury and Finance Minister Albayrak had a very busy agenda as he met representatives of international financial institutions and investors. His Washington program began with one-on-one investor meetings. First with high-level executives of global funds such as Eaton Vance, Carlyle Group, Alliance Bernstein, Blackrock, Bluebay Asset Management, PIMCO and Goldman Sachs Asset Management, which manage over $8 trillion in assets. He addressed all the questions from his counterparts, especially with regards to the new structural transformation package.

While foreign investors showed great interest in Thursday's meeting, the reports by Reuters, Bloomberg and the Financial Times did not reflect all the aspects of the meetings and cited a couple of anonymous resources without verifying or confirming their facts with the subjects of the articles. In creating a biased view of the Turkish economy, these news outlets initially implied that the country would not be able to overcome the currency crisis and foreign investors would refrain from investing. However speaking to reporters last Friday, the head of the IMF's European department, Poul Thomsen, said despite some issues in the Turkish economy, "We shouldn't exaggerate the difficulties Turkey is facing."

"Turkey implemented some important measures, including in monetary policy, over the last six months," Thomsen added, stressing that a tight monetary policy was needed to curb inflation. He also said the IMF and Turkey were not holding any official or secret talks outside their cooperation. The president emphasized the significance of putting the interests of Turkey and Turkish citizens above politics and said, "We, the 82 million citizens, should set aside our differences of political opinion and act jointly as the 'Alliance of Turkey' on issues that concern our country's survival." This is, he added, was the only way to resolve the problems of public servants, workers, farmers, industrialists and merchants.

To communicate its commitment of sweeping reforms to the markets, Turkey released a reform package on April 10. From banking to insurance, the reforms will delve into all areas of the financial sector and contribute to reinforce the capital structure of private and public lenders. The Treasury will issue TL 28 billion worth of government debt securities to make state banks' balance sheets robust. A venture capital fund for the energy industry and a real estate fund will be established to manage bad loans in these two sectors.

In addition to the financial sector, the second area for reform efforts will concentrate on inflation, which soared as high as 25 percent in October 2018 and retracted to 19.71 percent in March. With a view to mitigating food inflation, the government will carry out structural reforms in agricultural policy.

Turkey's reforms in the upcoming period will also be implemented in the judicial sphere to boost a strong investment environment that ensures investor confidence in Turkish markets.