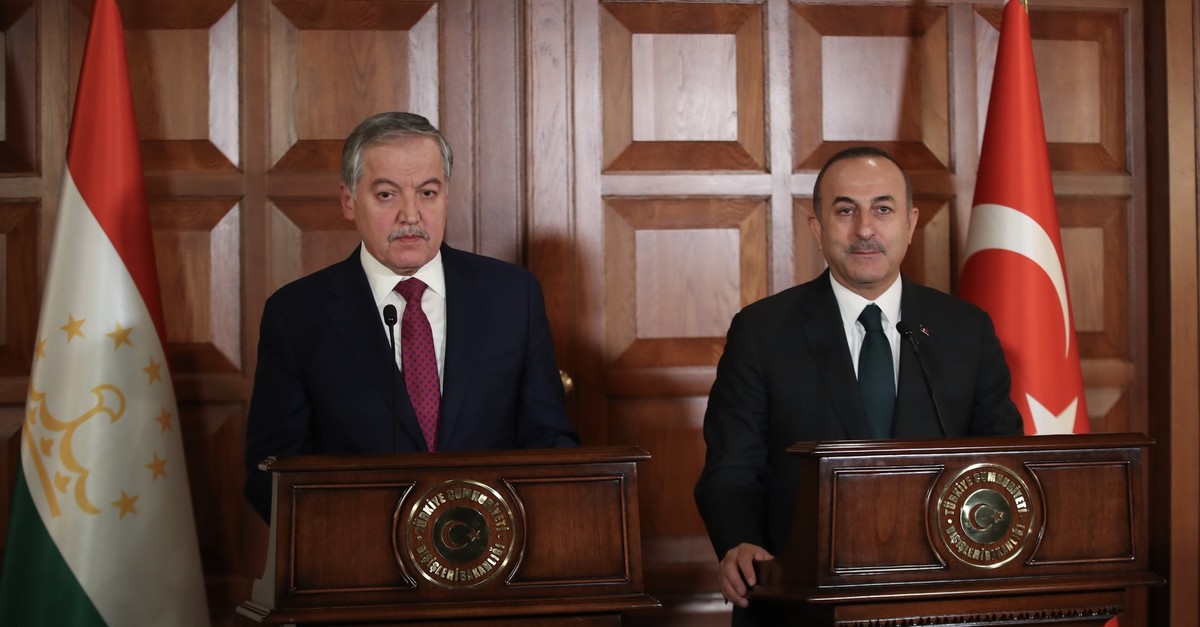 Çavuşoğlu and his Tajik counterpart, Sirojiddin Aslov, held a news conference in Ankara after signing a memorandum of understanding regarding cooperation in the field of archives.

"Our trade volume has amounted to $500 million. We seek to climb to the $1 billion, which is targeted by the presidents of both countries," said Çavuşoğlu.

He said Turkey shared its experience in the investment with Tajikistan and wants to identify the best fields to invest.

"We do not have any splits in opinion and will continue to collaborate," Çavuşoğlu said, while stressing that both counties continue to negotiate on military agreements and eyed further collaboration in defense.

"I would like to thank Tajikistan for their cooperation on the issues of security and FETÖ," he added. "We welcome measures taken regarding FETÖ schools [in Tajikistan]."

FETÖ and its U.S.-based leader Fetullah Gülen orchestrated the defeated coup of July 15, 2016, which left 251 people martyred and nearly 2,200 injured in Turkey.

Bettering political and commercial relations with Turkey was a priority on Tajikistan's agenda, said Aslov.

"Improving further relations benefitting both sides and expanding long-term partnership with Turkey are among the top priority subjects of Tajikistan's foreign policy," he said.

Turkey is Tajikistan's fourth largest trade partner, he said. "Both sides have been taking the necessary steps to increase our trade volume to $1 billion."