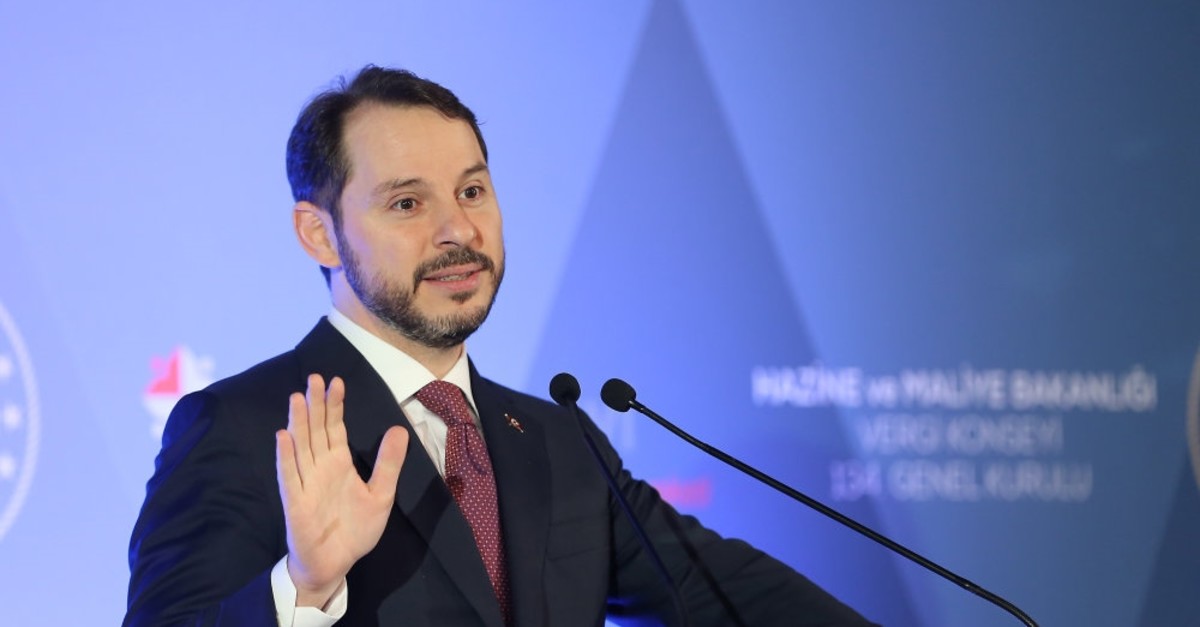 Following a turbulent period in the economy since the second half of last year triggered by developments in local and global markets, the Turkish government has been implementing strong measures to ensure stabilization in Turkish markets. Determined to solve issues affecting the economy, Turkey has made significant progress with regards to balancing the economy. The government's policies found a positive response and have increased confidence, proved by the latest economic confidence index data, which maintained its upward trend in February and March. The index rose by 3.4 percent in April, on a monthly basis, according to the national statistical institute Monday.

The index reached 84.7 points in April, up from 81.9 points in March, according to Turkish Statistical Institute (TurkStat) data. In his evaluation of the data, Treasury and Finance Minister Berat Albayrak said actions taken in the economy continue to increase the economic confidence index. "Strong increase since January is also an indicator of a strong recovery," Albayrak said via his social media account. "We hope we will reach higher levels with policies and structural transformation steps we will implement as of the second quarter," said Albayrak. In the infographic he posted on his Twitter account, the minister also pointed to the increase in consumer, real sector and services confidence figures. The index went up in February and March, increasing by 1.2 percent month-on-month in February to 79.4 and by 3.1 percent month-on-month to 81.9 in March.

"We hope we will reach higher levels with policies and structural transformation steps we will implement as of the second quarter," said Albayrak.

In the infographic he posted on his Twitter account, the minister also pointed to the increase in consumer, real sector and services confidence figures.

A week ago, TurkStat announced that Turkish consumers' confidence in the economy rose by 6.9 percent in April. The consumer confidence index stood at 63.5 this month, up over four points compared to March.

The institute yesterday noted that retail trade and construction confidence indices dropped to 90.6 points and 53.9 points, respectively, in April versus March.

TurkStat said the economic confidence index is a composite index that encapsulates consumers' and producers' evaluations, expectations and tendencies about the general economic situation.

A total of 20 sub-indices are used in the calculation, with data collected in the first two weeks of each month. A value above 100 shows an optimistic outlook for the general economic situation, while a value below 100, a pessimistic outlook.

In 2018, the index saw its highest value in January at 105.2 points, as the lowest figure was recorded at 75.2 points in November.

In his speech at a meeting in the capital Ankara on Sunday, President Recep Tayyip Erdoğan said the government aims to make the most of the four-year non-election period ahead, reiterating that economy and security will top the government's agenda to tweak the most urgent economic issues.

Even though the economy contracted in the last quarter of last year, the president stressed it still managed to post a positive growth rate.

Turkey's economy grew by 2.6 percent in terms of real gross domestic product (GDP) in 2018 compared to the previous year, according to TurkStat. But it shrank by 3 percent in the fourth quarter.

The balancing period in the economy continued in the first quarter of this year, Erdoğan noted, but he noted that the initial indicators, including the capacity utilization rate and industrial growth, are trending positively.

The Turkish manufacturing industry's capacity utilization rate rose in April from the previous month, the Central Bank of the Republic of Turkey (CBRT) said last week. The rate climbed 0.7 percentage points month-on-month to reach 75 percent in April, said the central bank survey. Moreover, industrial production in February rose by 1.3 percent from a month earlier, according to TurkStat data.