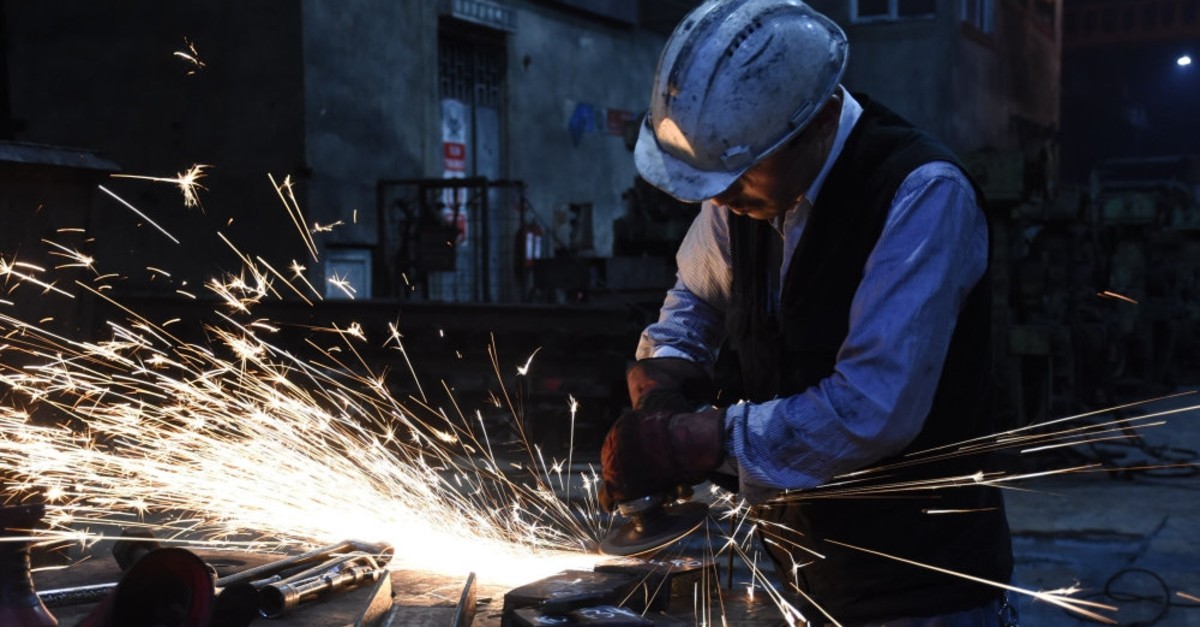 Six new specially designed investment zones will be established with an investment of $3.7 billion to boost high-value added production and diminish dependency on imported materials and goods

The Industry and Technology Ministry's policy for specially designed industrial zone projects has started to bring concrete results. Six industrial zones in Istanbul, Bursa, Balıkesir, İzmir and Mardin have been established with a presidential decree published in the Official Gazette. These zones are expected to lower Turkey's current account deficit by $1.7 billion thanks to increased production and create 49,000 jobs, Industry and Technology Minister Mustafa Varank said on Friday.

The investment cost of these six industrial zones is estimated to be TL 23.1 billion. The investor-friendly industrial zones have been a source of relief for the Turkish production ecosystem, Minister Varank emphasized and said that the government's efforts to ameliorate the investment environment continues at full speed.

The government prioritizes a production-based economic growth, Industry and Technology Minister. Varank said, adding: "The Turkish economy is dedicated to its agenda. The acceleration of investment projects in the post-election period is a concrete indication of confidence in the Turkish economy."

The industry and technology minister highlighted that the investment appetite will give a strong boost to employment.

"Our role as the ministry is to eliminate the bureaucratic burden. The Industry and Technology Ministry assumes all the responsibility, except for the environmental impact evaluation (EIA) process, in establishing special industrial zones," Varank said. The ministry approves plans and issues licenses for such projects without causing any delay due to protracted bureaucratic processes.

Minister Varank stated that $3.7 billion would be invested in six industrial zones. "A full 95 percent of this amount will go to brand new investments. The investment amounts in the announced industrial zones and sectoral diversification serve Turkey's goal to ensure a transformation led by high-value added production. We will continue to support all and any investment that will decrease the dependency on imports," he said.

According to the presidential decree published in the Official Gazette, stainless steel and steel molds will be manufactured in the Asil Çelik Sanayi ve Ticaret A.Ş. Özel Endustri Bölgesi in Bursa. In TESKOOP Technology and Industry Mass Workshop Construction Cooperative in Istanbul, 191 production plants will be established.

The Eti Bakır Anonim Şirketi's special industrial zone in Mardin will bring added value to the production of ammonia, sulphuric acid, phosphoric acid and manure. The ÖZ-AR Mass Workshop Construction Cooperative will construct 109 production plants in Istanbul with an investment of $950 million and lower the current account deficit by $300 million. The facility is expected to create 15,000 jobs and produce various goods for the manufacturing industry.

In Balıkesir, Albayrak Turizm Seyahat İnşaat Ticaret AŞ has started to operate a paper mill with an investment of $165 million. Minister Varank participated in the reopening ceremony of the plan that resumed production after 19 years. The facility is expected to employ 500 people and reduce paper imports by $150 million.

Most Makina Enerji Taahhüt Sanayi ve Ticaret AŞ is planning to establish a facility for steel products. The investment amount is projected to be $450 million with a potential to reduce the current account deficit by $327 million.

The first special industrial zone was the STAR refinery of the State Oil Company of Azerbaijan (SOCAR) in İzmir's industrial district Aliağa. The refinery was inaugurated in October 2018 with President Recep Tayyip Erdoğan and Azerbaijani President İlham Aliyev in attendance.