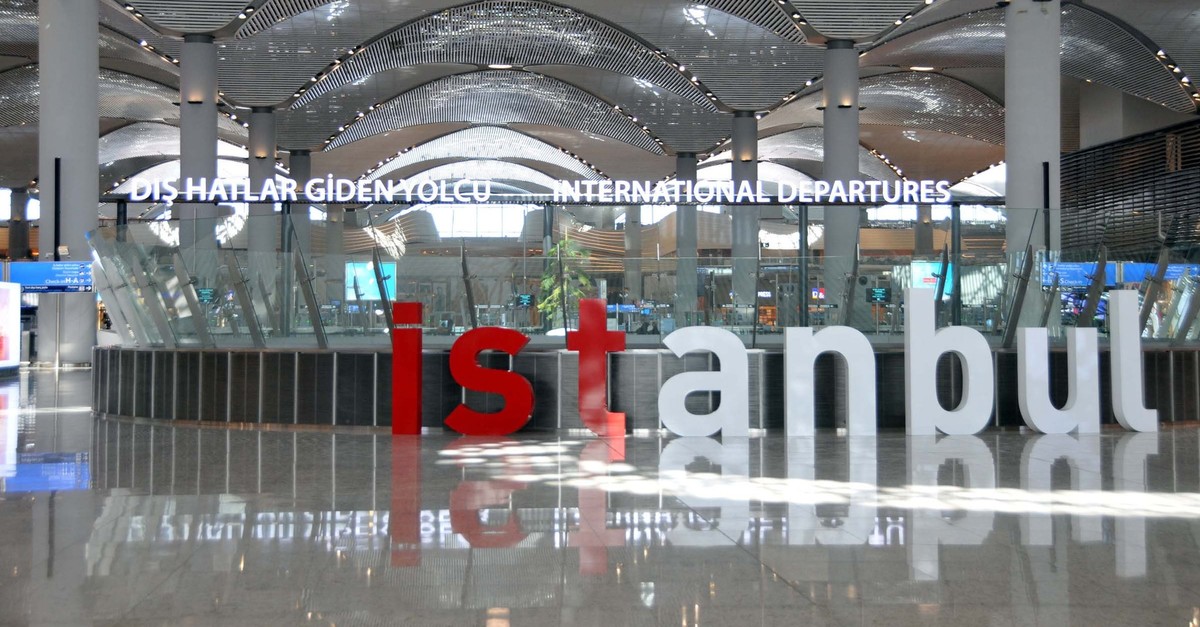 The contract value of public-private partnership projects carried out in Turkey since 1986 is nearly $140 billion, while the country ranked first in the European market during 2014-2018 with projects that have an investment value of 22.76 billion euros

A significant portion of Turkey's well-known megaprojects, including the Istanbul Airport, the Eurasian Tunnel, the Yavuz Sultan Selim Bridge, the Osmangazi Bridge, city hospitals across the country and a number of railway projects, were completed with the efficient implementation of the public-private partnership (PPP) scheme. The country's successful realization of projects financed with the PPP model has been cited in global listings and set an example for many other developing countries. Turkey has so far accomplished 242 projects with an investment value of $63.8 billion under the PPP program and the contract value of these projects is recorded at approximately $140 billion.

The 2018 Public-Private Partnership Report prepared by the Presidency of Strategy and Budget underscored the importance of the PPP as an alternative financing model for the construction of mega-scale infrastructure investments, including highways, bridges, airports and hospitals. The PPP model, the report noted, expedites the completion process of investments and improves the service quality of these projects with the participation of the private sector while decreasing the burden on the public budget and reduces costs. Turkey has been carrying out a great number of megaprojects under the PPP program since 1986. Currently, 210 PPP projects are actively in operation, while 32 of them are either under construction or have been contracted. The contract value of these projects is $139.8 billion – including the investment value and the amount to be paid for the public. Airports grabbed the lion's share among the 242 projects as their contract value is calculated at $71.3 billion.

Airports were followed by energy projects worth $28.7 billion and highways and service facility projects with a contractual value of $21.2 billion. The value of culture and tourism facilities carried out under PPP programs were $140.5 million, taking the smallest share.

The build-operate-transfer (BOT) model accounted for 45% the total 242 projects. While the number of BOT projects is 109, the projects under the transfer of operating rights totaled 108. Build-lease-transfer (BLT) models made up of 8% with 20 projects and five build-operate model projects constituted 2% of the entire PPP projects. 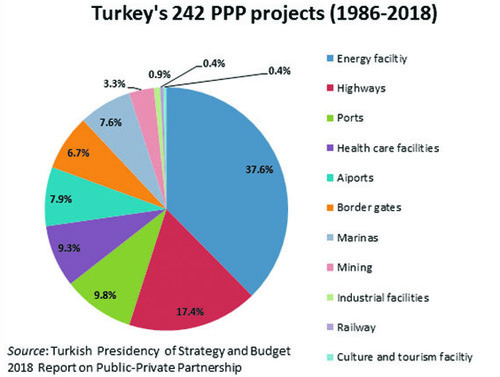 The total value of 39 PPP projects for which tender process was completed in 2018 in the European market was 14.6 billion euros ($16.35 billion). Among these projects, the 1915 Çanakkale Bridge ranked first with a value of 3.1 billion euros. The bridge was followed by another Turkish project, the Ankara-Niğde Highway in the Central Anatolia. The 1.2 billion euros Gronde Broadband Network project in France ranked third and was followed by Blankenburg Tunnel in the Netherlands with a value of 1 billion euros. The A16 Rotterdam Highway in the Netherlands was another mega PPP project in the European market last year, the report of the Presidency of Strategy and Budget revealed.

According to World Bank's Data on Private Participation in Infrastructure in 2018, private investment commitments in energy, transport, information and communications technology (ICT) and water infrastructure in low and middle-income countries totaled $90 billion across 335 projects in 41 countries.

The World Bank data revealed that a total of 6,135 PPP projects worth nearly $1.5 trillion were carried out in emerging markets in the period of 1990 to 2018. Turkey, Brazil, India, China and Mexico were among the countries that have drawn the highest amount of investments.

The PPP model is by and large used for transportation, health care and energy projects, the report highlighted and pointed out that it might be implemented for urban infrastructure and smaller-scale projects in the upcoming period in addition to various sectors.

The report emphasized that it of great importance of prioritizing the sectors and feasible projects in order to allocate resources for strategically important areas and consider the compatibility with development and macroeconomic targets. It also stressed the necessity of evaluating alternative financing models and completing the required technical and legal infrastructure.