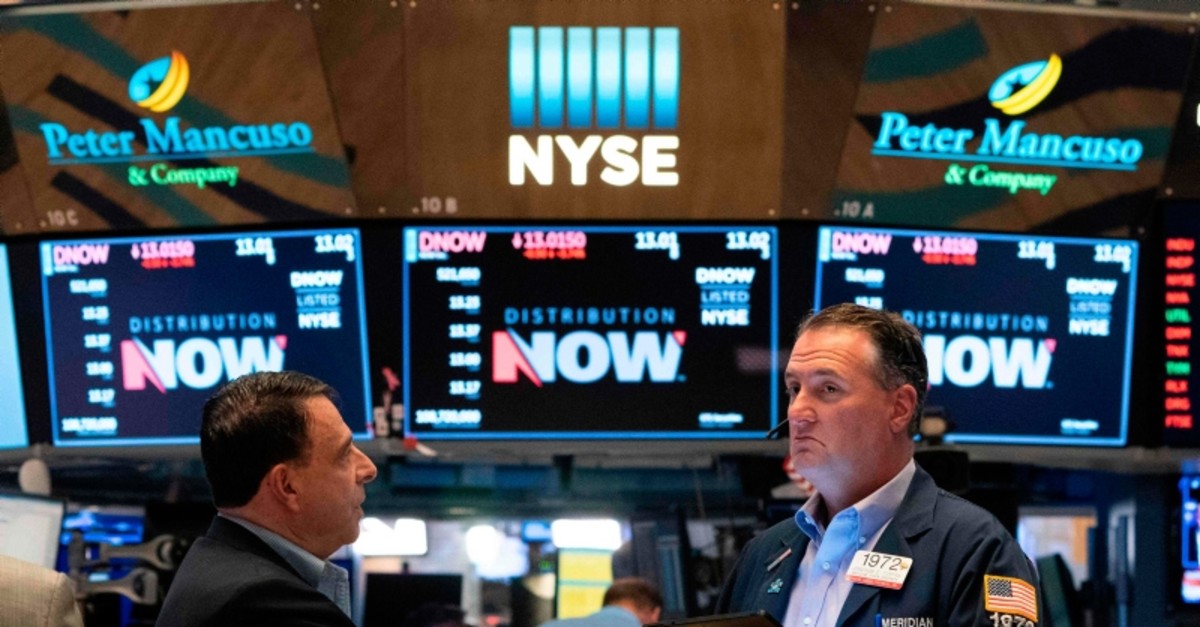 The three major U.S. stock indexes declined on Monday on weaker-than-expected economic data, while shares of Alphabet, Facebook and Amazon.com fell sharply on fears the companies are the targets of U.S. government antitrust regulators, putting pressure on the tech-laden Nasdaq.

The S&P 500's communications, technology and consumer discretionary sectors were the biggest losers, but the materials index showed strong gains with the biggest boost from Dupont .

The benchmark S&P 500 swung in and out of negative territory as investors also eyed the latest comments around the U.S. trade battles with both China and Mexico as well as U.S. President Donald Trump's decision Friday to end preferential trade treatment for India.

"Investors must be thinking in some form that this is as bad as the headlines and economic reports are going to get this week," Augustine said.

An ISM survey showed U.S. manufacturing growth unexpectedly slowed in May, driving demand for the safety of government bonds. Two-year yields hit their lowest since September 2017 on growing conviction that the Federal Reserve will start cutting interest rates to stave off a recession.

The data represents the latest fallout from the Sino-U.S. trade war, which flared up dramatically last month, and Trump's threat last week to impose tariffs on all Mexico imports.

The Nasdaq would confirm a correction if it closes at 7347.5964 or lower, which would put it 10% below its May 3 closing record.

High profile internet stocks dominated trading on the day with Facebook Inc falling as much as 9.3% after the Wall Street Journal reported that the Federal Trade Commission has secured the right to examine how the social media company practices affect digital competition. The stock was on pace for its biggest one-day drop since July 26.

Alphabet Inc tumbled as much as 7.1% after sources told Reuters the U.S. Justice Department is preparing an investigation to determine if the Google-parent broke antitrust laws. Amazon.com slipped as much as 5.4% on a report that the e-commerce giant could be put under the watch of the FTC.

The communication services sector was down 2.6%, the biggest drop of the S&P's 11 major sectors with pressure from Facebook and Google while Amazon shares helped pull the consumer discretionary sector down 0.9%.

The S&P materials sector was the biggest percentage gainer of the S&P's major sectors, with a 2.5% gain. Dupont's 11.5% gain accounted for roughly half of the sector's rise in the first trading session after it spun off its agriculture business Corteva Inc.

Healthcare was one bright spot for the Nasdaq with the Nasdaq biotech index climbing 1.8%, helped by shares of companies including Amgen Inc and Gilead. Amgen and Merck & Co reported positive drug data at the annual American Society of Clinical Oncology meeting in Chicago.

Amgen jumped 4% after its drug showed a high response rate in a small lung and colon cancer trial, while Merck rose 1.3% after data showed nearly a quarter of patients who received immunotherapy Keytruda as an initial treatment for advanced lung cancer were still alive after five years.

Humana gained 2.3% after saying it would not make a bid to combine with health insurer Centene Corp, which plunged 8%.

Boeing Co, the single largest U.S. exporter to China, fell 1.5% and was the biggest drag on the blue chip Dow index.