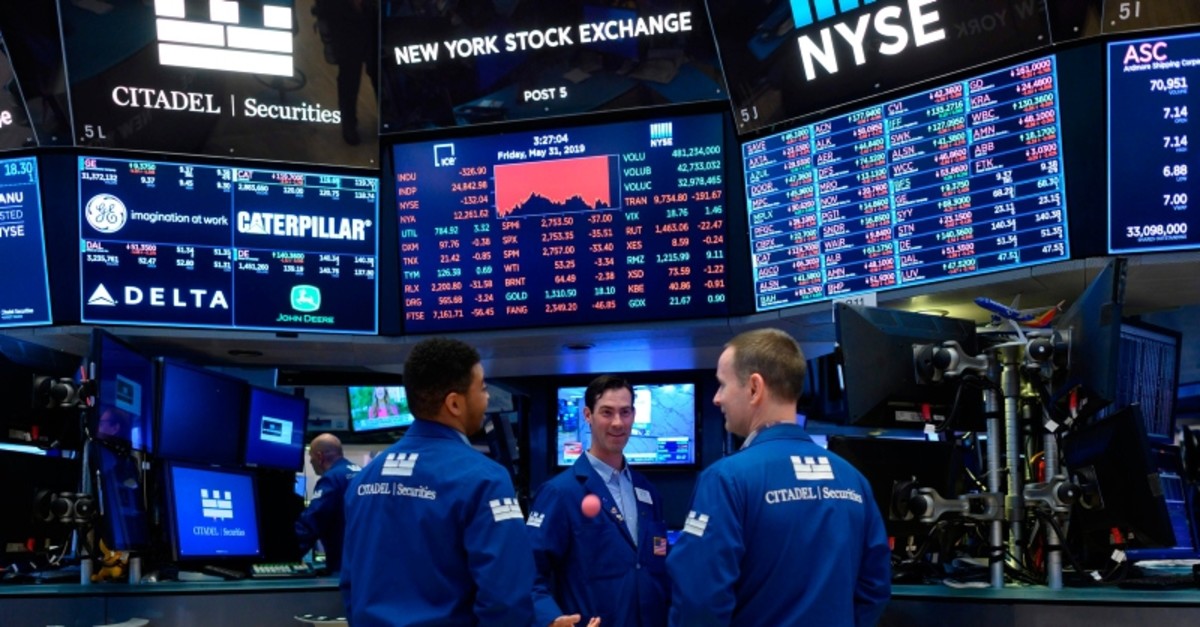 During an appearance in Chicago, Powell appeared to open the door to a possible cut in benchmark interest rates.

"We are closely monitoring the implications of these developments for the U.S. economic outlook and, as always, we will act as appropriate to sustain the expansion," Powell said.

That marked a shift from recent Powell statements. The Fed has kept interest rates unchanged in 2019 after a series of interest rate hikes in 2018 and prior years.

"Until very recently, everyone at the Fed has been comfortable with where they were," said Art Hogan, chief market strategist at National Securities.

"This is the Fed's acknowledgment of a where the market has gotten and what could happen if we get into an elongated trade war with China."

Powell's remarks were not the only catalyst to Tuesday's rally.

Almost all of the companies in the Dow gained, with especially large advances by Apple, Nike and Dow, all of which won at least three percent.

Bank of America jumped 4.7% and Citigroup 5.2%, rallying with other large banks as U.S. Treasury yields rose and the bond market cooled.

Mattel soared 11.7% as it unveiled an international licensing agreement with Sanrio to market "Hello Kitty" and other popular characters on toys, baby gear and other items.