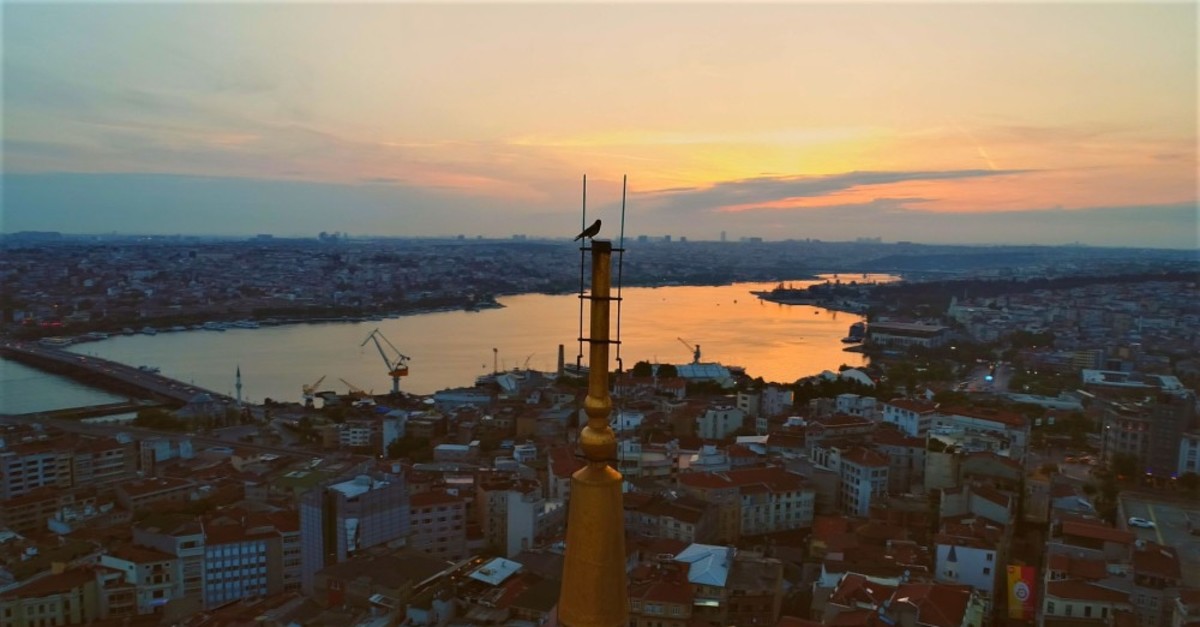 Accounting for one-third of Turkey's GDP, Istanbul has a diverse and vibrant economic life, yet independent of the current economic issues Turkey is facing. The winning candidate of the Sunday election will have to govern an economic powerhouse, larger than a great number of countries

People across Turkey and beyond have held their breath, waiting for the rerun of the Istanbul mayoral election.

As much as everybody is focused on the election and its result, it is time to have a look into what economic base the winning candidate will govern. Whether Binali Yıldırım, the candidate of the People's Alliance, or Ekrem İmamoğlu, the candidate of the Nation's Alliance, win the Istanbul election, they will manage an economy representing one-third of Turkey's gross domestic product (GDP).

Both candidates have so far pledged a number of economic promises, including increasing the city's employment, and providing subsidies for youth and those who want to get married, but their job will definitely be more than that as Istanbul is an economic powerhouse where miscellaneous sectors – finance, tourism, manufacturing, construction, real estate and services – operate.

With 16 million people, accounting for nearly 20 percent of the aggregate population in Turkey, Istanbul makes up more than 30 percent of the Turkish economy. According to the 2017 data of the Turkish Statistical Institute (TurkStat), Turkey's largest city has an economic size of TL 970 billion ($166.6 billion). According to the data of the same year, Istanbul's gross domestic product is bigger than the economies of Finland, Egypt, Portugal, Greece and Qatar. Per capita income by 2017 figures was calculated at TL 65,000 as opposed to the per capita income of TL 38,600 in the rest of Turkey.

Furthermore, the first 10 companies listed among the top 500 Turkish companies announced by the Istanbul Chamber of Commerce are based in Istanbul.

Real estate is one of the major sectors that feed Istanbul's economy. According to TurkStat data, 82,252 real estate properties were sold in Turkey last month with a 31.3 percent decline compared to the same period last year. Istanbul became the top market for housing sales with 15,895, and the city saw the sale of 78,433 in the first five months of this year.

The national statistical body said the country's most populous city, Istanbul, has continued to be the top choice for foreign buyers. Residential property sales to foreigners in the city last month skyrocketed by 103 percent year-on-year to 1,734, compared to just 854 in May last year.

As it was the case recently, Istanbul was followed by the holiday resort city of Antalya, where foreigners purchased some 850 houses in May. It was followed by the capital Ankara with 216, Bursa with 187, Yalova with 136 and Muğla with 109 units sold.

Academic studies reveal that income generated from the tourism sector is of great importance for economic growth and national income.

The services sector, which covers tourism as an economic activity, accounts for almost a quarter of Turkey's GDP.

Tourism, included in the international services part of the current account in the balance of payments, also contributes to national income growth and development as an export item.

According to Mastercard's 2018 Global Destination Cities Index, Istanbul ranked eighth in the world among the cities most visited by foreign tourists. The latest data released by the Ministry of Culture and Tourism showed that the number of tourists visiting Istanbul hit a five-year high in the January-April period of 2019.

According to TurkStat data, tourism revenues countrywide increased by 4.6 percent in the first quarter of January, February and March compared to the same quarter of the previous year, reaching 4.6 billion. Around 80.3 percent of tourism income was obtained from foreign visitors, while Turkish citizens residing abroad constituted the remaining 19.7 percent.

TurkStat data also showed that the annual inflation in May dropped to 17.55 percent while it was 18.24 percent in the previous month.

The Istanbul Cost of Living Index for Wage Earners calculated by the Istanbul Chamber of Commerce (ICC) and showing the change in retail prices points to an annual increase of 19.27 percent in May.

According to the May data released by the ICC, price movements in age, dried vegetables and fruit, meat, fish and poultry groups; official price increases in certain substances in the tobacco, alcoholic and nonalcoholic beverages group; seasonal price movements in clothing expenditures; and the official price increases in some products in the transportation expenditures group were instrumental in the increase in prices. Moreover, according to the Wholesale Price Index announced by the ICC, wholesale prices rose 23.56 percent this year compared to May of the previous year. The average annual increase was recorded as 36.08 percent in mines, 29.77 percent in foodstuffs, 27.44 percent in fuel and energy, 20.34 percent in chemicals, 11.18 percent in raw materials, 11.08 percent in textiles and 10.60 percent in construction materials.