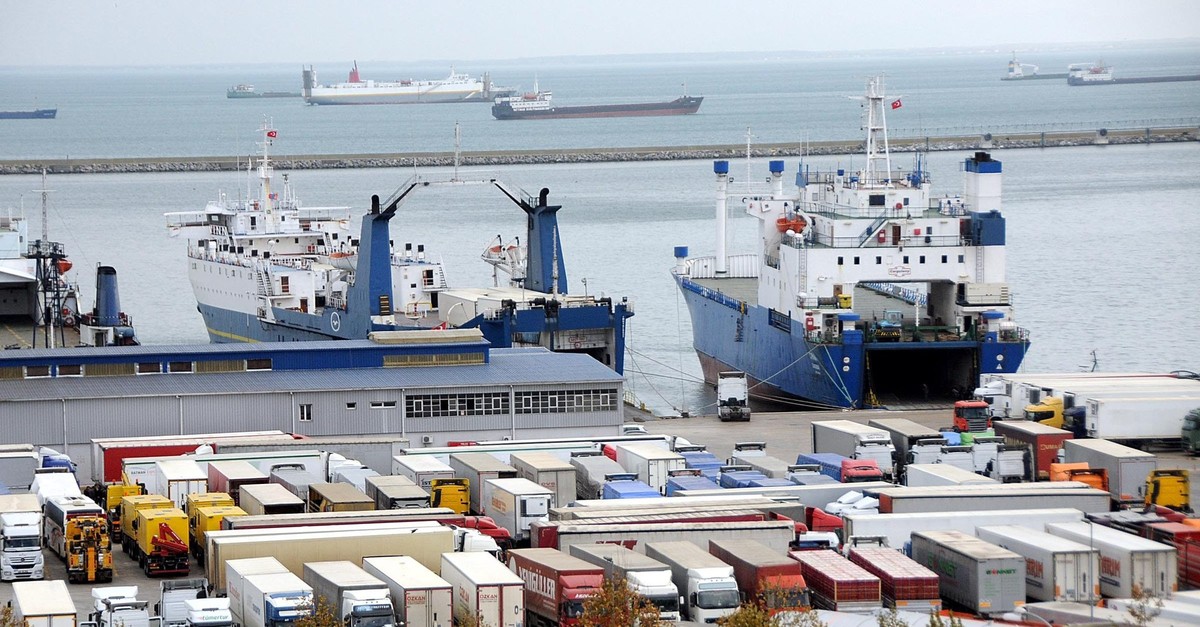 Turkeyu2019s miscellaneous projects in African, Central American and the Caribbean countries led to a 20 percent increase in exports to these regions in the first five months of the year.
by Daily Sabah with AA Jul 01, 2019 12:10 am

Intensified diplomatic intiatives aiming to imprint Turkey's signature around the world have paved the way for the enhancement of its exports with geographically distant regions, including the Central America, Caribbean and Africa

Turkey's diplomatic initiatives around the world and intensified efforts to expand rapport with countries in far-away regions, especially Africa, Central America and the Caribbean, have contributed considerably to the country's success in boosting exports. Recently, the country reached the highest figures in its history. According to the Turkish Statistical Institute (TurkStat), exports in the January-May period increased by 4.9 percent compared to the same period last year, reaching $72.7 billion. Turkey's recent success in exports has been mainly due to the country's developed relations with other nations around the world.

Projects carried out in Africa, Central America and the Caribbean, in particular, led to a 20 percent increase in exports to these regions in the first five months of the year.

Turkey's exports to Central American and Caribbean countries in the January-May period increased by 20.1 percent compared to the same period last year, amounting to $708.4 million. Exports to North and South American countries also peaked in this process. The country's exports to African countries surged by 20 percent in this period compared to the first five months of last year and reached $6.8 billion. The fact that exports to North Africa saw a 19.7 percent increase and approached $4.5 billion was also instrumental in the said hike. There was also a noteworthy rise in exports of products and goods to countries such as Algeria and Egypt. While the increase in exports to other African countries stood at 20.5 percent, sales amounted to over $2.3 billion in the first five months.

The share of Asian countries in Turkey's exports also grew. In the January-May period, exports to this continent climbed by 10 percent compared to the same period last year and rose to $18.8 billion.

In this process, where interest in different markets of the world intensified, there was also an increase in exports to the European Union. However, the diversity in Turkey's exports and the increase in sales to new markets brought down the EU's share in exports below 50 percent.

The EU's share in exports, which was 51.4 percent in the January-May period of last year, was recorded as 49.2 percent in the same period of this year with $35.7 billion. In the said period, Germany, Italy and the U.K. took the lead in exports. Turkey's exports to Germany were recorded as $6.6 billion in the first five months of the year, followed by the U.K. with $4.3 billion and Italy with $4 billion.

Meanwhile, the foreign trade deficit, indicating the gap between exports and imports, has stood at $31.5 billion in the last 12 months, its lowest level since August 2004. According to TurkStat data, exports amounted to $15.9 billion in May 2019, with a 12.1 percent rise year-on-year, while imports in the same period declined by 19.3 percent to $17.8 billion. So, the foreign trade deficit fell to $1.8 billion with a 76.5 percent decline.

Exports and imports stood at $72.6 billion and $84.3 billion in the first five months of the year, respectively, resulting in an $11.6 billion in foreign deficit, the lowest five-month data in the last decade. The last 12-month foreign trade deficit amounted to $31.4 billion, the lowest level since August 2004.