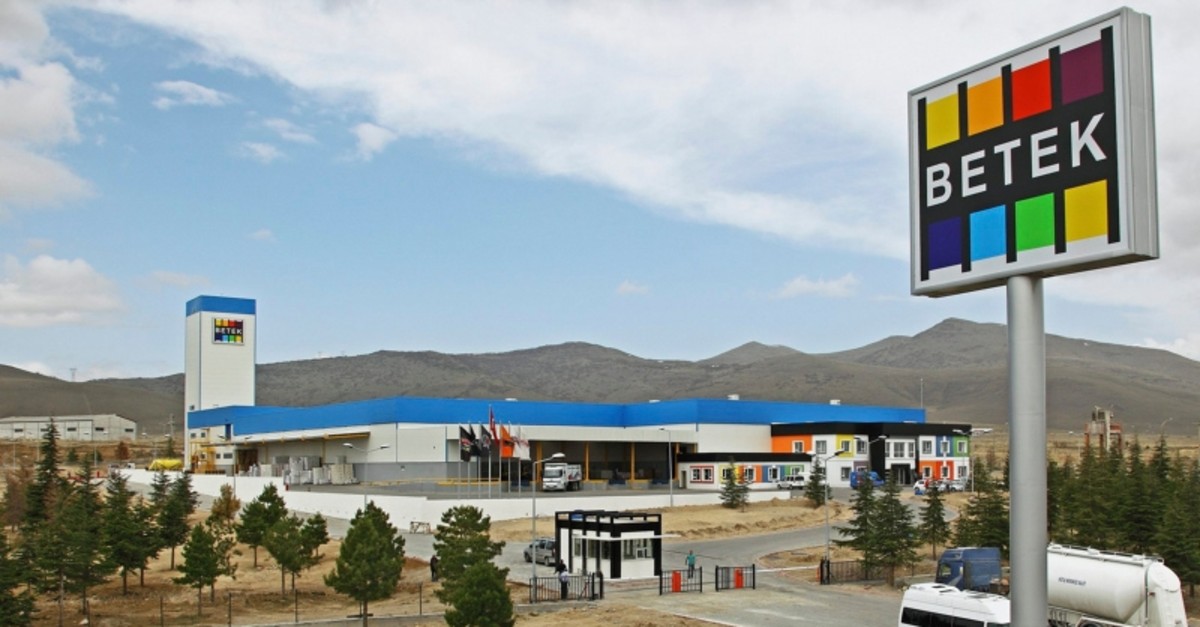 The two companies had reached a deal for the transfer of shares in Betek Boya and its subsidiaries to Nippon in April 26 and made the deal public through a statement released by the financial services firm Ünlü & Co.

Nippon said in a statement that the total purchasing price for Betek's shares was TL 1.4 billion while the enterprise value including debts was TL 2.39 billion.

Following the finalization of purchase transaction in line with necessary procedures, Nippon will provide Betek with capital increase for refinancing of the existing debts.

According to Turkish regulatory filings, German firm DAW holds nearly 25 percent of Betek's shares, while the majority stakeholder is the Akpınar family of Turkey.

Nippon previously said by acquiring Betek Boya, the company will achieve the largest market share in Turkey in addition to Asia, where the company has long had a strong presence in, and the Pacific region, where a separate acquisition was recently announced.

The Japanese company also cited the attractive market, with favorable population figures and high economic growth in Turkey in addition to expected expansion of the decorative paint with particular reference to the outstanding and experienced management with a track record of expanding the business, as well as the modern and large production facility of Betek Boya in Turkey.

Founded in 1988, Betek Group is a leading company that has the top share in the decorative paint market in Turkey. Its major brands Filli Boya and Fawori have a large market share and high brand-recognition levels.

With a market value of $12 billion, Nippon is the leader in Asia-Pacific and operates in more than 20 countries with 20,500 employees. Last year, the company earned $5.7 billion in sales and announced $800 million in operational profits.
RELATED TOPICS