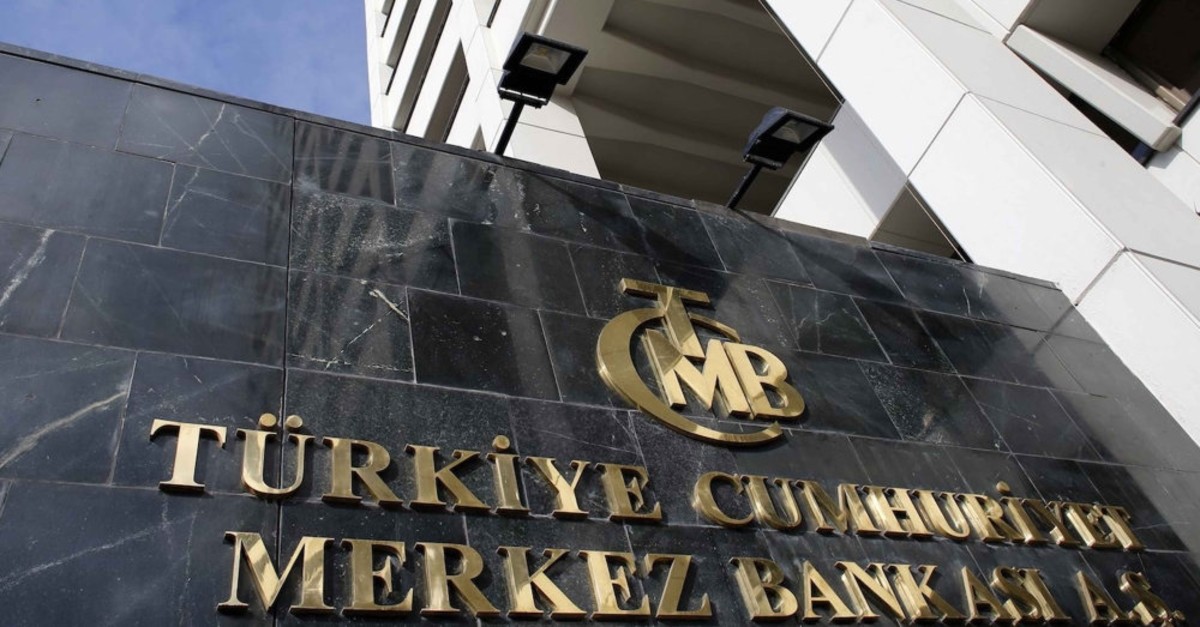 At least 2.5 point rate cut is expected at the Monetary Policy Committee (MPC) meeting to be held July 25, 2019 with newly appointed governor of the central bank, Murat Uysal.
by Oktay Özdabakoğlu Jul 24, 2019 12:12 am

With the latest improvements in economic indicators, conditions seem to now be conducive for Turkey's central bank to kick-start its easing cycle at its monetary policy meeting tomorrow

Turkey's main interest rate has not changed since the Central Bank of the Republic of Turkey (CBRT) made an aggressive rate hike last September following speculative fluctuations in exchange rates that erupted last August. Now, however, everything points to the bank, which has not stepped back from its tight monetary policy since it increased interest rates to 24 percent after making a hike of 625 basis points on Sept. 13, 2018, making changes in its course and easing the monetary policy at its meeting tomorrow.

Economists have previously emphasized that the recent rapid decline in inflation and a stronger Turkish lira are giving more room for the bank to cut key rates. It has now been taken for granted that a 2.5 point or higher cut will be made at the Monetary Policy Committee (MPC) meeting to be held with newly appointed governor of the central bank, Murat Uysal, in the chair.

The move is expected to accelerate the decline in loan interest and support economic recovery.

Having followed months of decline and as a result of the ongoing stabilization process in the economy, the annual inflation in Turkey in June fell to the lowest rate of inflation since June of last year, when it was 15.39 percent.

The annual inflation increased by 15.72 percent year-on-year last month, a sharp decline compared to 18.71 percent in May, according to the Turkish Statistical Institute (TurkStat).

Government officials and economists project that inflation may fall to single digits in the September-October period due to the base effect. The fact that central banks around the world are switching to a loose monetary policy is also easing the CBRT.

Consumer prices in June increased only 0.03 percent month-on-month, according to TurkStat, while economists expected an increase of 0.08 percent.

The 12-month average hike in consumer prices was 19.88 percent in June.

As laid out in Turkey's new economic program announced last September, this year the country's inflation rate target is 15.9 percent, followed by 9.8 percent next year and 6 percent in 2021.

According to an inflation report by the CBRT released in April, year-end annual inflation is expected to hit 14.6 percent in 2019, hovering between 12.1 percent and 17.1 percent.

At its latest meeting last month, the CBRT left its policy rate – one-week repo auction rate – unchanged at 24 percent as expected and said it will keep its policy stance tight to "reinforce the disinflation process."

The bank will hold four more MCP meetings this year. In 2018, the CBRT held nine MPC meetings, as interest rates climbed from 8 percent to 24 percent over the course of the year.

Leaving interest rates unchanged at the meeting in June brought a greater gap between Turkey and other countries. The difference between inflation and policy interest rates is 2.88 points on average in developing countries and is 8.28 points in Turkey.

Market pricing has also changed ahead of the central bank's interest rate cut process. As a result, consumer loan rates fell to 27.62 percent on July 12 from 28.32 percent on July 5, while commercial loans dropped to 25.43 percent from 26.2 percent, mortgage rates to 21.3 percent from 21.6 percent. Furthermore, the two-year benchmark bond interest rate fell to the lowest level in 14 months at 17.68 percent.

GCM Securities Research Expert Enver Erkan pointed out that the fall in inflation could accelerate the loosening cycle of the central bank's policy rate, saying: "In order to utilize the positive effects of the base effect in inflation, we expect the front-end loading interest rate cut of 250 basis points from the central bank, while we think that this loosening cycle could continue at the September meeting."

On the other hand, Commerzbank Analyst Tatha Ghose stated that the interest discount process, which is strongly expected to start in July, will continue until the policy rate decreases to 17 percent or less, while Istanbul Asset Management Board Member Turgay Ozaner stressed that they expect a minimum 400 basis points reduction. "The bond market has also priced this," he added.

In a statement on July 15, CBRT Governor Uysal signaled the interest rate cut, saying: "An improvement has started in both inflation dynamics and pricing behavior. We expect the disinflation process to continue in 2019 due to the decrease in cost pressures and the weakening in domestic demand conditions. All these developments indicate that there is room for maneuver in the monetary policy. Of course, it is important to maintain a cautious stance in monetary policy to maintain the positive trend in inflation; however, it would be more accurate to define the degree of tightness through real interest rates instead of nominal rates."