Turkish exports increase by 8.32% in July to hit $16 billion 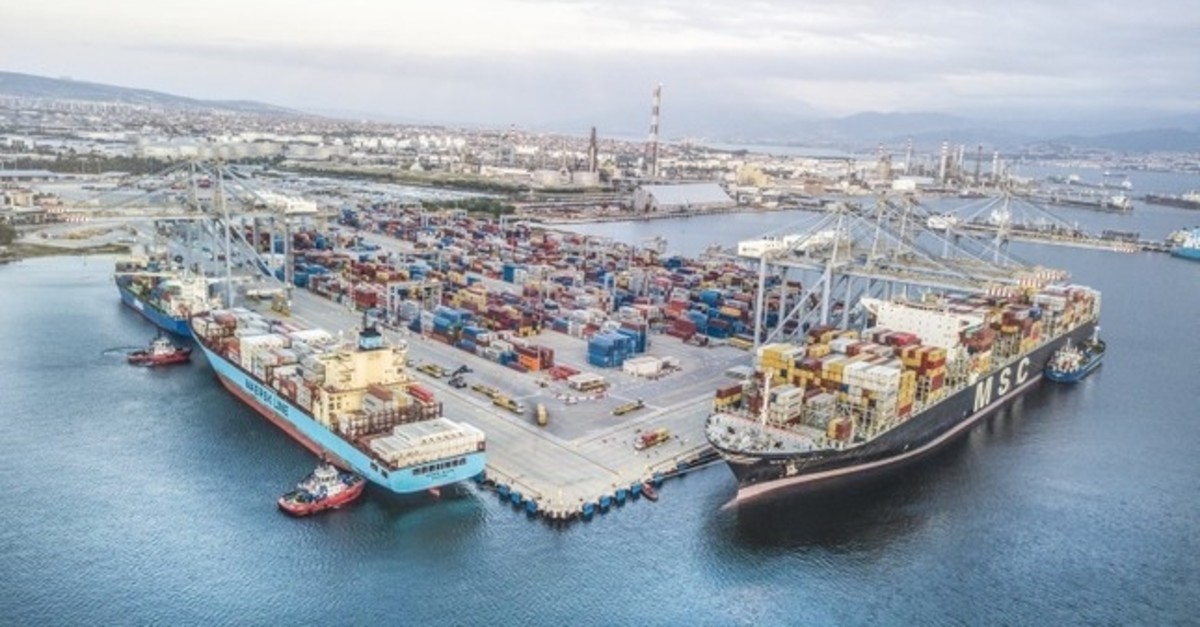 Despite multiple downside global risks that continue to negatively affect the global economy and trade, Turkey's exports have managed to maintain their upward trend so far this year. What's more, they even manage to put forth their best performance in the country's history.

The figure under the general trade system makes July the best performing July in the country's export history, she said.

In the same month, imports were $19.3 billion, down nearly 8% on an annual basis.

At the end of every month, the Turkish Statistical Institute (TurkStat) releases the final foreign trade figures for that month, as the Trade Ministry announces preliminary general trade system data in the first week of every month.

She stressed the rate of exports meeting imports reached 82.7% in July, up from 70.3% in the previous July.

"When we add trade wars and increasing protectionism to all these negative developments in the global conjecture regarding growth, we can say that we are going through one of the most difficult periods for Turkish exports. Yes, the painting may seem a bit pessimistic. I want to announce that our exports have once again hit a record-high in the Republic's history and hopefully will continue to do so despite all these challenging global developments thanks to the extraordinary dedication of our export family and government actions," the minister said.

Germany, the U.K. and Iraq were the main destinations for Turkey's exports, she noted.

"In July, our exporters succeeded in reaching 212 markets," the minister said.

The data showed that Germany was the top country for the country's exports with $1.475 billion, followed by the U.K. with $1.125 billion and Iraq with $867 million.

Also speaking at the meeting, Turkish Exporters' Assembly (TİM) Chairman İsmail Gülle said automotive led the way among sectors with the highest exports last month with $2.9 billion, a 5% year-on-year increase, followed by chemical industry with $1.734 billion, an increase of 17.7% compared to the same period of last year and garments and apparel sector with $1.679 billion, a rise of 6.2% year-on-year.

The minister also said that using the Turkish lira in international trade increased in July at TL 11.8 billion ($2.1 billion).

The trade minister said that Turkey's exports also rose by 3.07% to $104.2 billion in the first seven months of the year, adding it was the highest seven-month figure in exports.

The trade deficit in the first seven months was $25.5 billion, Pekcan said.

She noted that the rate of exports meeting imports in the January-July period increased to 85.8%, up from 67.7% in the same period of last year.

On the other hand, Gülle emphasized that 12-month exports were up 4.9% and stood at $180 billion, indicating that they have approached the target set in the country's New Economic Program (NEP), announced last September.

In 2018, Turkey's exports hit an all-time high of $167.9 billion, while the figure was nearly $157 billion in the previous year, according to official data.

Over the last decade, the highest annual export-to-import ratio was recorded last year at 75.3%, while Turkey's foreign trade deficit fell from $106 billion in 2011 to $55 billion in 2018.