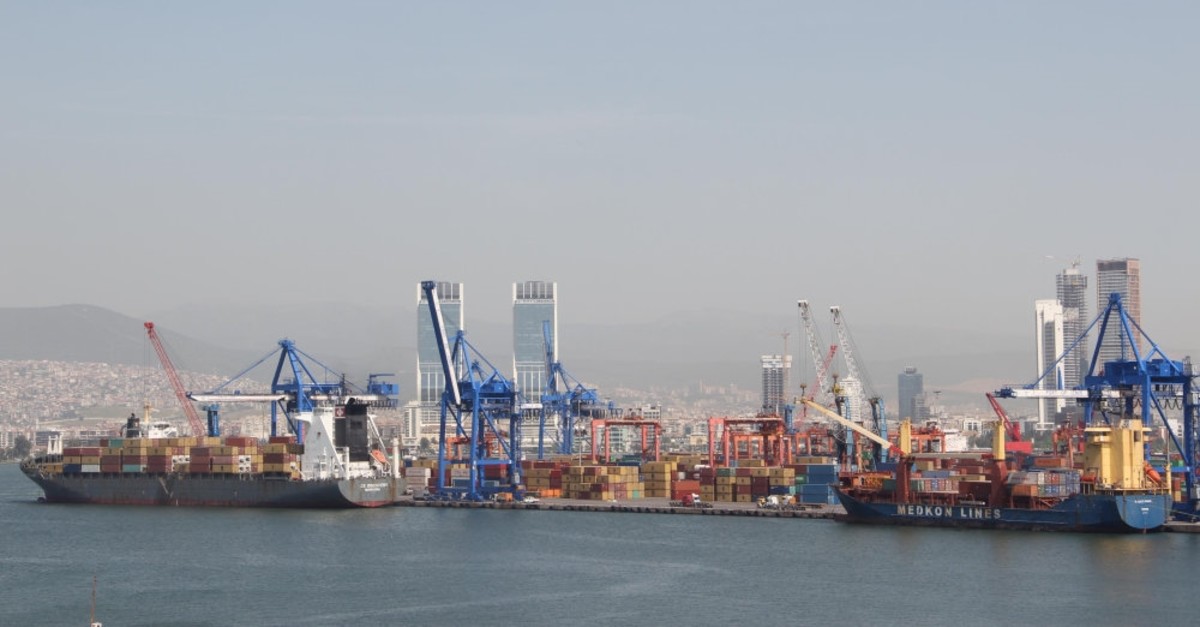 Despite increasing tension between Ankara and Washington over the past year, bilateral trade tilts toward Turkey, which saw a surge in exports and a decline in imports in the first half of 2019

Trade ties between Turkey and the U.S. have been improving in favor of Ankara so far this year despite heightened tensions between the two NATO allies over Turkey's purchase of a Russian-made surface-to-air missile (SAM) system. Turkey has managed to increase its exports to the U.S. and saw a drop in its imports from the country in the January-June period of this year. Exports to the U.S. rose by 2% to hit $3.9 billion in the first half of the year, according to data compiled by the Turkish Statistical Institute (TurkStat). On the other hand, Turkey's imports from the country in this period declined by 15% to $5.3 billion, down from $6.3 billion a year earlier. The rate of exports meeting exports, from Turkey's perspective, soared to 74%, up from 61% in the same period of 2018.

Tensions in Turkish-U.S. relations had increasingly reached a fever pitch due to Ankara refusing to back down from its decision to purchase the S-400 air defense missile system from Russia.

The heightened tensions toned down after the meeting between President Recep Tayyip Erdoğan and U.S. President Donald Trump at the G20 leaders summit in Osaka, Japan in late June.

In his remarks on the sidelines of the summit, Trump had said Turkey had justified theses on the S-400 issue. He slammed the Obama administration's reluctance to sell Patriot missiles to Turkey in 2013, saying Turkey was not treated fairly as a NATO member.

"After all, this is a national security issue for our country. It was unacceptable that we have a shortcoming in air defense in such a challenging region. Seeing this, President Trump backed Turkey's stance on the issue," Mehmet Ali Yalçındağ, chairman of the Turkey-U.S. Business Council (TAİK), said.

While Trump has resisted penalizing Turkey over the S-400 issue, there has been pressure from Congress as well as his own administration to take measures against Turkey, including sanctions.

"In addition to this support from President Trump, we also need to garner support from the U.S. Congress through lobbying. If necessary, we even have to convince each member of Congress individually," Yalçındağ told Anadolu Agency (AA).

Earlier last month, Washington announced it was taking Turkey out of the F-35 fighter jet program, following the threats to do so over Ankara's purchase of the S-400. The U.S. began the process of removing Turkey from the F-35 program. The expulsion is slated to be completed by the end of March 2020.

The move came after Turkey started receiving S-400 components on June 12. The National Defense Ministry last month said the first part of the delivery was completed, as part of which 30 planeloads of S-400 hardware and equipment were delivered to Ankara from Russia. The delivery is set to continue through April 2020.

Since 2017, Turkey and the U.S. have been at odds over Turkey's decision to buy the S-400. U.S. officials urged Turkey to buy the U.S. Patriot missiles, arguing the Russian system would be incompatible with NATO systems and expose U.S. F-35 fighter jets to possible Russian subterfuge.

President Trump has recently made multiple comments that expressed his reluctance to impose penalties on Turkey for acquiring the Russian system.

Trump is said to have being considering how to proceed with a law mandating sanctions for entities that conduct business with Russian defense firms. The president signed the Countering America's Adversaries Through Sanctions Act (CAATSA) into law in 2017.

In a closed-door White House meeting last month, he had reportedly told Republican senators that he is not in favor of implementing penalties against Turkey.

Highlighting that the relations between Turkey and the U.S. cannot be restricted to a single dimension, Yalçındağ said that the U.S. would like to be in cooperation with Turkey in the context of solving both the Iraq and Syria issues and the energy equitation in the Eastern Mediterranean.

Recalling that Turkey and the U.S. have been NATO allies for over 65 years despite conflicts experienced from time to time, he stated: "In the end, we will surely find a way out of our conflicts."

'TARGET OF $100 BILLION IN TRADE HARD, BUT ATTAINABLE'

Yalçındağ noted that machinery and mechanical devices, automotive, textile products, defense and aviation product groups come to the fore when Turkey-U.S. economic relations are considered on an industry basis. "When we look at our exports, automotive industry, defense and aviation industry, chemicals, ready-to-wear clothing and apparel are at the forefront. Compared to the first half of last year, there has been a significant breakthrough in glass, ceramics, soil products, defense industry, jewelry and machinery components. Exports in these product groups surged by 20-25%."

Meanwhile, during a meeting with Erdoğan on the sidelines of the G20 summit, Trump proposed that both countries should aim for $100 billion in bilateral trade to take advantage of their huge economic potential. The figure was revised from the $75 billion target set by the two leaders in February.

"This is a hard, but not an unattainable goal. As the DEİK Turkey-U.S. Business Council, we have adopted this goal as a mission. We have ensured that the entire business community is united and takes action in this regard. The entire business world has formed a working group with NGOs. We are making serious efforts and working," said Yalçındağ.

In 2018, the Turkey-U.S. bilateral trade volume was $20.6 billion, according to data from TurkStat. While Turkey's exports to the country came to $8.3 billion, its imports totaled $12.3 billion.

Indicating that Turkish industry concentrated more on the U.S. and Middle East markets in recent years, he said that the main reason for this is that the products and production standards in the U.S. differ.

"However, there are many Turkish companies which have targeted the U.S. market and doubled their exports. Additional tariffs to be imposed on China will also make things easier for Turkish companies. China losing competitiveness particularly in the fields of automotive, textile and ready-to-wear clothing due to customs duties makes room for our companies," he said.

Explaining that there is a great potential for tourists to come from the U.S., Yalçındağ emphasized that there is a need for a comprehensive PR study aimed at the U.S. public opinion and that a holistic country promotion campaign, using digital and alternative channels, should be carried out.

Touching on the possible sanctions delayed after S-400 delivery, Yalçındağ continued, "The U.S. Congress has an attitude and coercion in line with the imposition of sanctions on Turkey. At this point, they have a difference of opinion with President Trump. We need to assess the upcoming process well. If we can position ourselves right and engage in the right lobbying activities in the U.S., which has sharply embraced the separation of powers, we can turn the views of Congress in our favor. There is no reason why we should not let them accept our justifiable arguments."