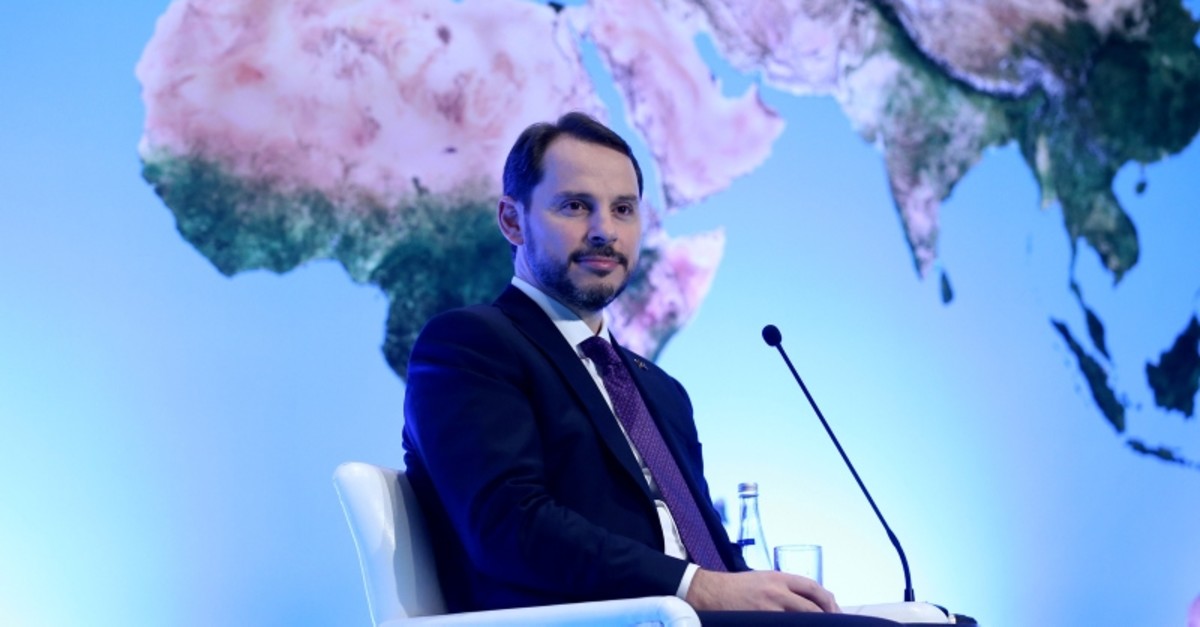 Treasury and Finance Minister Berat Albayrak confirmed on Friday that Turkey has surpassed the initial goals set for the economic balancing period, referring to the $538 million current account surplus in the last 12-months.

"Despite the historical exchange rate attacks on the Turkish economy, we have managed to accomplish beyond the goals targeted for the economic balancing. For the first time in 17 years of AK Party [Justice and Development Party] governments, the Turkish economy posted annual current account surplus by decreasing the bubble of imports and soaring exports," Albayrak said in a tweet on Friday.

The minister also emphasized that the government aims to make current account surplus a permanent phenomenon for the Turkish economy by ensuring economic transformation based on value-added production and export-oriented economy. "We will take all the required steps for healthy and sustainable economic growth and reach the targeted economic levels," Albayrak said.

The nation's Central Bank revealed on Friday its latest balance of payments figures, which show that Turkey's current account gap in June fell by nearly 82% year-on-year, improving from around $3 billion deficit in the same month last year.

An Anadolu Agency survey on Wednesday showed that economists had forecast a deficit of $376 million.

The survey also showed the end-2019 current account balance is expected to show a deficit of $7.1 billion, with estimates ranging from $2 billion surplus to $11.5 billion deficit.

"This development in the current account is mainly attributable to $1.82 billion decrease in the goods deficit recording net outflow of $2.60 billion, as well as $754 million increase in services surplus to $3.16 billion," the Central Bank said.

It noted that gold and energy excluded current account indicated a $2.28 billion surplus, in an increase of $1.69 billion compared to a year ago.

Travel item under services recorded a net inflow of $2.52 billion in June, increasing $646 million on a yearly basis, the CBRT said.