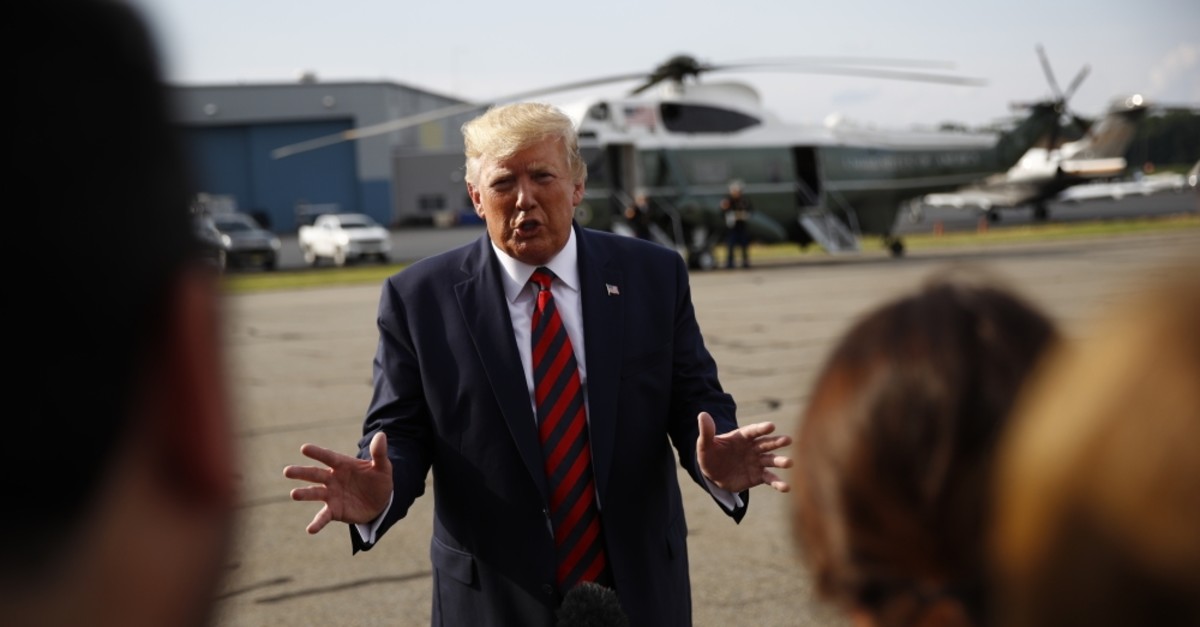 With the 2020 elections drawing closer, the White House administration continues to insist that economic fundamentals are robust, referring to record low unemployment and the continuous economic growth

The "fundamentals" of the U.S. economy are solid, the White House asserted, invoking an ill-fated political declaration of a decade ago amid mounting concern that a recession could imperil President Donald Trump's reelection.

Exhibiting no such concern, senior adviser Kellyanne Conway declared to reporters on Monday, "The fact is, the fundamentals of our economy are very strong."

It's a phrase with a history. Republican John McCain was accused of being out of touch when he made a similar declaration during the 2008 presidential campaign just hours before investment bank Lehman Brothers filed for bankruptcy, setting off a stock market crash and global financial decline.

A case can be made for the White House position. The U.S. job market is setting records for low unemployment, and the economy has continued uninterrupted growth since Trump took office. But growth is slowing, stock markets have swung wildly in recent weeks on recession fears, and indicators in the housing and manufacturing sectors have given economists pause. A new survey Monday showed a big majority of economists expecting a downturn to hit by 2021 at the latest, according to a report from the National Association of Business Economics.

"We're doing tremendously well. Our consumers are rich. I gave a tremendous tax cut and they're loaded up with money," Trump said on Sunday. "I don't think we're having a recession."

Still, the Republican president took to Twitter on Monday to urge the Federal Reserve to stimulate the economy by cutting interest rates and returning to "quantitative easing" of its monetary policy, an indication of deep anxiety beneath his administration's bravado. And he backtracked last week on taking the next step in escalating in his trade war with China, concerned that new tariffs on consumer goods could hamper the critical holiday shopping season.

White House aides and campaign advisers have been monitoring the recent turbulence in the financial markets and troubling indicators at home and around the world with concern for Trump's 2020 chances.

Any administration has to walk a fine line between reflecting the realities of the global financial situation and adopting its historical role as a cheerleader for the American economy. For Trump, striking that balance may be even more difficult than for most.

For decades, economic performance has proven to be a critical component of presidential job approval, and no American leader so much as Trump has tied his political fortunes to it. The celebrity businessman was elected in 2016 promising to reduce unemployment – a task at which he has succeeded – and to bring about historic GDP growth, where he has had less success.

The situation today isn't nearly as dire as in September 2008, when the U.S. and the world were heading into the Great Recession. There are no waves of home foreclosures, no spike in layoffs, no market meltdowns and no government rescues to save powerful banks and financial companies in order to contain the damage. What does exist is a heightened sense of risk about the economy's path amid slowing global growth and the volatility caused by the trade dispute between the United States and China.

There are other reasons as well for the administration's rosy pronouncements, said Tony Fratto, a former Treasury Department spokesman in the Bush administration during the onset of the financial crisis. He said he sympathized with the Trump administration for having to choose between answering "honestly or responsibly" or otherwise about the state of the economy, noting that any hint of concern "could be self-fulfilling."

"So much of the story of the economy is how people feel about it," said Lanhee Chen, a Hoover Institution fellow and former economic adviser to 2012 GOP nominee Mitt Romney. "And that's an inherently a difficult thing to measure."

Highlighting a disconnect between the nation's broad economic indicators and the "personal economies" of voters in swing states is a priority for Democratic candidates and outside groups heading into 2020.

Trump's advisers acknowledge there are few tools at his disposal to avert a slowdown or recession if one materializes: Internal concerns over a ballooning federal deficit, in part due to the president's 2017 tax law, are stifling talk of stimulus spending, and skepticism abounds over the chances of passing anything through a polarized Congress ahead of the election. But that hasn't stopped the White House from exploring ways to make the political cost less painful. Seeking to get ahead of a potential slowdown, Trump has been casting blame on the Federal Reserve, China and now Democrats, claiming political foes are "trying to 'will' the Economy to be bad for purposes of the 2020 Election."

If the Federal Reserve would reduce rates and loosen its grip on the money supply "over a fairly short period of time," he tweeted, "our Economy would be even better, and the World Economy would be greatly and quickly enhanced - good for everyone!"

Those actions he's talking about are the sort a central bank would traditionally take to deal with or try to stave off a slowdown or full-blown recession.

Strong fundamentals? A lot depends on which ones the administration highlights or ignores in public comments.

Conway and other Trump aides have accurately described the rising retail sales and the solid labor market with its 3.7% unemployment rate as sources of strength.

Yet factory output and home sales are declining, while business investment has been restricted because of uncertainties from Trump ratcheting up the China trade tension.

Even if the economy avoids a recession, economists still expect growth to weaken.

Federal Reserve officials estimate that the gross domestic product will slow to roughly 2% this year, down from 2.5% last year. During his presidential campaign, Trump had boasted he would achieve long-term growth of 4% to 5% or more.