Turkey's consumer confidence up 3.1% in August 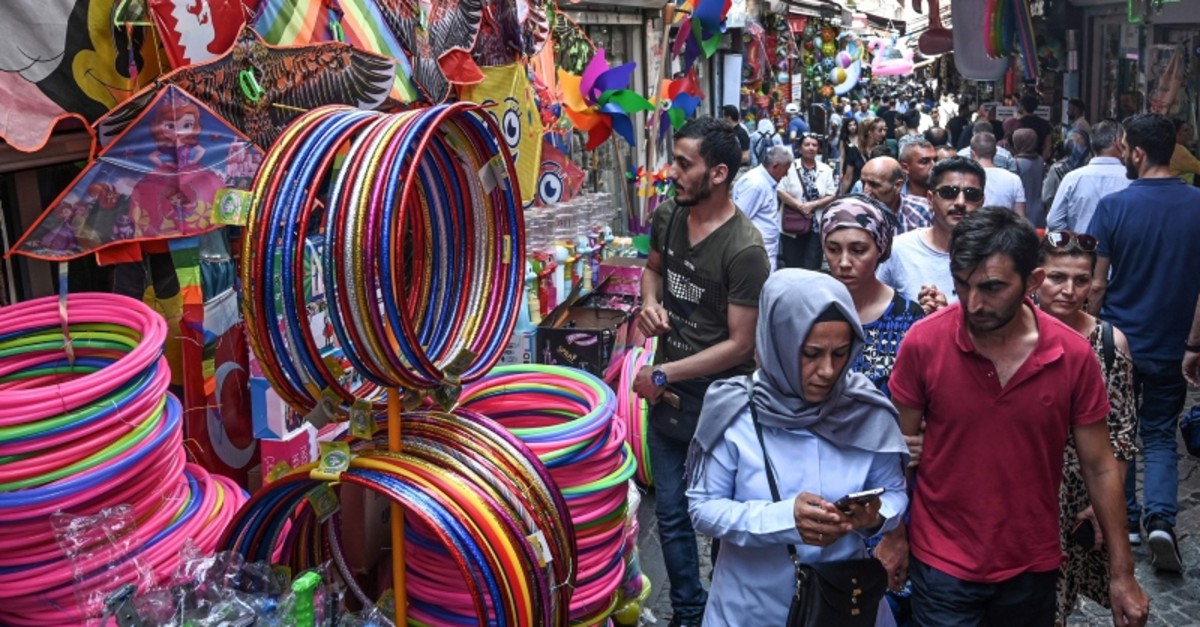 The consumer confidence index reached 58.3 in August, up 3.1% from last month, TurkStat said in a statement.

The index hit a four-month high in August.

TurkStat data showed that all subindices improved on a monthly basis in August.

The probability-of-saving index posted the highest rise, suggesting more people expected to save money. The subindex jumped 13.1% to 22.7 this month.

The number of people unemployed expectation index, a gauge of sentiment about the health of the labor market, saw an improvement of 4.8% from last month to 58.3.

Attitudes over the general economic outlook rose 1.2% as it increased from 73.4 points to 74.3 points for August.

The financial expectations of the household index showed the softest rise with 1.1% to 77.8 during the same period.

The consumer confidence index is seen as a vital gauge of the overall health of the economy, indicating people's sentiments about spending their money, which in turn gives clues about economic vitality in the days to come.

The consumer confidence ranged between 63.5 and 55.3 so far this year — the highest in April, and the lowest in May.

Last year, the consumer confidence index hovered between 72.7 and 57.6 – showing the highest value in July and the lowest in October.

The index value is jointly calculated by TurkStat and the Central Bank of the Republic of Turkey (CBRT) through measurement of consumer tendencies.