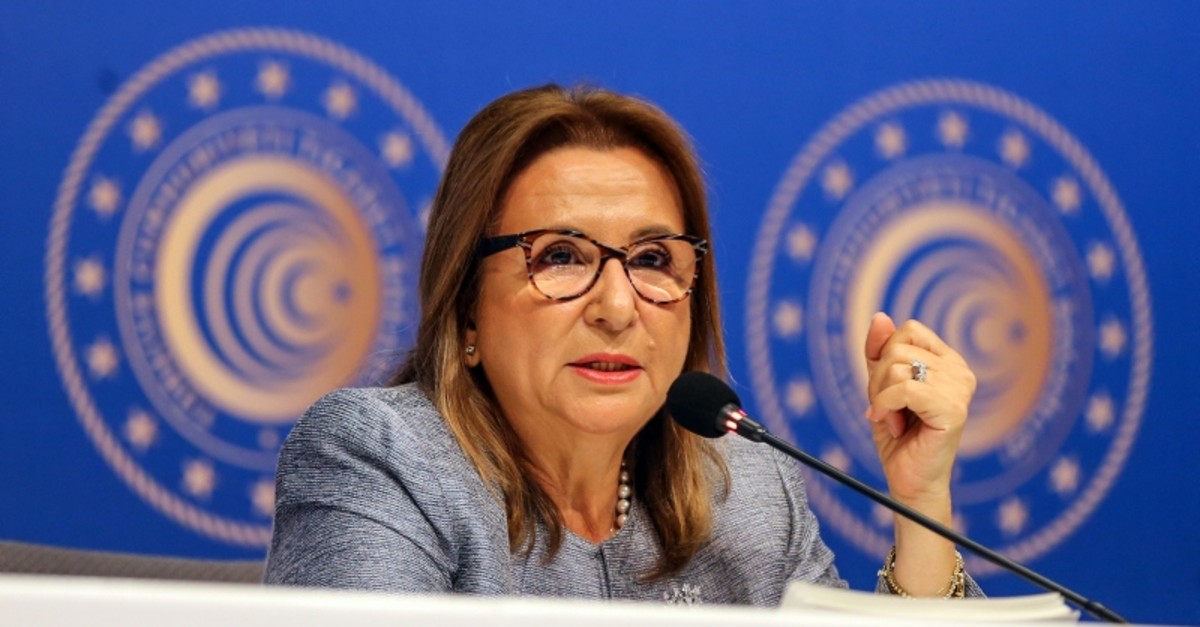 Aiming for a sustainable export approach, the Trade Ministry has announced a new master plan, under which it identified certain countries and strategic sectors that will help Turkey further boost its exports

Embarking on a quest for sustainable exports, Turkey has now launched an approach that includes the unleashing of long-term export potential and puts forward a sustainable strategy that will help the country multiply its exports. As part of the Export Master Plan, which was prepared as a result of meticulous efforts carried out by the Trade Ministry in close cooperation with relevant stakeholders, Turkey aims to extend the positive performance in foreign sales to coming years and develop, increase the volume, tech composition and value-added of the exports.

As part of the new road map, it has selected 17 target countries to where it aims to double its exports, and five target sectors, said Trade Minister Ruhsar Pekcan at the announcement ceremony for the plan in Istanbul Thursday. "These countries include the U.S., Brazil, China, Ethiopia, Morocco, South Africa, South Korea, India, Iraq, the U.K., Japan, Kenya, Malaysia, Mexico, Uzbekistan, Russia and Chile," Pekcan said.

Combined, these countries make up 60% of the global gross domestic product (GDP), are responsible for 43.7% of global imports and are destinations for 25.2% of Turkish exports. In addition, the ministry prioritizes five target sectors, including machinery, automotive, electric-electronic, chemical and the food industry, Pekcan added. "We aim for a sustainable export approach within the scope of the plan," she said.

Through these special zones, Turkey aims to increase the current 3.5% share high-tech products have in overall exports to 5%, the minister said.

"We aim to increase high-tech production and attract foreign investors to our country with the support we will provide to these regions," Pekcan noted.

Elaborating on the plan's preparation process, Pekcan underscored that they took into account targets set out in the 11th Development Plan, noting that they aim for $226.6 billion in exports.

The five-year development plan, covering the period from 2019 to 2023, was ratified by Parliament earlier last month and identifies the production of high value-added, medium-high and high-tech products, using domestic facilities and capabilities as one of its main priorities.

Pekcan went on to say that the actual target would be to even go over this target by closely following the global trade wars and technological transformations.

The minister underscored that, with a "target country, target sector" approach, they are aiming to double the share Turkey has in imports of the target countries.

What's more, an aim will be to follow and catch the sectoral trends in the world and become a successful exporter in these sectors, Pekcan added.

In this context, she pointed to current shares certain sectors have in global trade, noting that textile and ready wear has a 4.4% share in global exports, while it has a 17% percent share in Turkey's exports.

"We have a need for an increase in exports of the chemicals sector," Pekcan noted. "What's more important, the share of software and informatics in global exports is 10.5% but in Turkey, this share is 1.3%," she added. On the other hand, she also highlighted the ministry's efforts in digitalization.

"We have a very new study called Smart Export Platform, a three-stage project. It includes a comprehensive study that will be completed in six months, 12 months and 18 months," Pekcan said.

"We implement blockchain applications in every field of foreign trade. With our e-export strategy, we open up our exporters, especially our SMEs [small and medium-sized enterprises], to the world," she noted.

Pekcan emphasized that by making fast, easy and safe applications in digitalized customs, they provide both time and financial gain in exporters' transactions.

FOREIGN TRADE GAP DROPS BY ALMOST HALF IN JULY

Separately, according to the figure announced yesterday by the national statistical body, Turkey's foreign trade gap in July dropped by almost half the figure from the same month last year.

The country's foreign trade deficit amounted to $3.2 billion last month, down from $6 billion in July 2018, the Turkish Statistical Institute (TurkStat) said. Exports were up 7.8% year-on-year and hit $15.2 billion, while imports dropped by 8.5% to $18.4 billion during the same period.

Furthermore, the rate of exports meeting imports was 82.6%, up from 70% in July of last year, the institute said. Germany remained Turkey's top export destination in July, receiving $1.4 billion worth of Turkish goods.

During the same period, Russia was the top source for Turkey's imports with $2 billion, followed by Germany with $1.8 billion, China with $1.7 billion and the U.S. with $1.3 billion.

As for the January-July period, the country's exports jumped by 2.7% on a yearly basis to nearly $99 billion.

The foreign trade gap in the first seven months of the current year slipped by 6.4% year-on-year to $18.1 billion.

In 2018, Turkey's exports hit an all-time high of $167.9 billion, while the figure was nearly $157 billion in the previous year, according to official data.