Supported by exports, economy contracts lower than expected in Q2 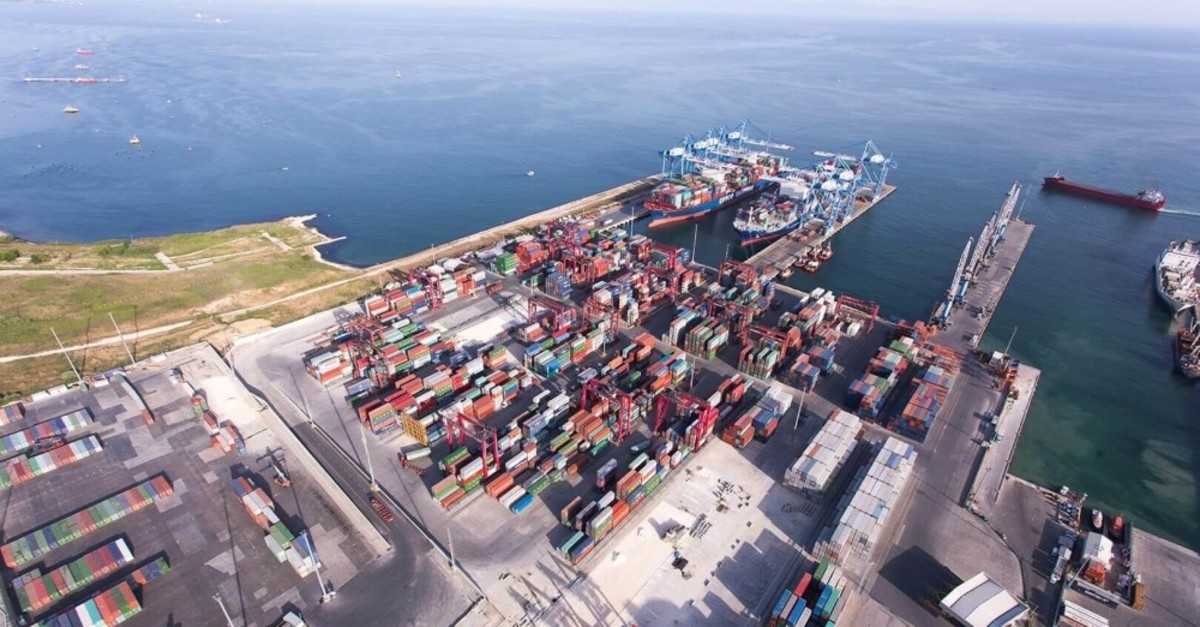 The Turkish economy contracted 1.5% in the second quarter, lower than previous forecasts that were as high as 2%. While construction and manufacturing continued to shrink in the same period, net exports and agricultural activity supported the economy

Turkey's economy shrank by 1.5% in the April-June period, compared to the same period last year, the Turkish Statistical Institute (TurkStat) said in a statement Monday, supported by soaring exports and improving agricultural production. Turkey's gross domestic product (GDP) at current prices totaled TL 1 trillion in the second quarter of 2019, the country's statistical authority added. "When the activities which constitute the GDP were analyzed; the total value added increased by 3.4% in the agricultural sector, decreased by 2.7% in the industry sector and 12.7% in the construction sector and 0.3% in the services sector (wholesale and retail trade, transport, storage, accommodation and food service activities) compared with the same quarter last year in the chained linked volume index," TurkStat said.

Data showed that seasonally and calendar-adjusted gross domestic product increased by 1.2% compared to the previous quarter.

According to TurkStat's revised data, the Turkish economy's growth rate was minus 2.4% in the first quarter this year.

The Turkish government aims for an economic growth rate of 2.3% this year, 3.5% next year and 5% by 2021, under its economic program announced last September.

In their analysis, experts primarily draw attention to the support of the exports and signs of improvement in economic activity.

İş Yatırım Securities Research Department Director Muammer Kömürcüoğlu stated that the Turkish economy contracted less than expected in the second quarter of the year. He said that the seasonally adjusted growth caught an upward trend in the last two quarters and signaled continued growth, adding that the slowdown in the contraction in private consumption was effective in the recovery in growth.

Pointing out that the acceleration of the contraction in the investment front was the main source of the shrinkage in the second quarter, Kömürcüoğlu stressed that net exports supported growth, but net export contribution decreased compared to the first quarter due to the impact of recovery in domestic consumption on imports.

"As of the second quarter, we think that the exit from the bottom has started. We expect growth to increase in the second half of the year," he noted. "Leading indicators for the third quarter support our recovery, but it is fragile for the time being. The recovery in the second half will be determined by the course of interest rate cuts by the Central Bank of the Republic of Turkey (CBRT) and the global risk appetite. We maintain our 2019 total growth forecast at 0%."

AA Finance Analyst and economist Haluk Bürümcekçi said that in the second quarter of the year, national income recorded limited shrinkage by 1.5%.

Bürümcekçi said that the indicators of the strength of the growth trend indicated an increase compared to the previous quarter. He emphasized seasonally and calendar adjusted growth was up 1.2% quarter-on-quarter, signaling continued recovery.

Exports make a net contribution of 7.4%

In his comment on the growth data, Turkish Exporters Assembly (TİM) Chairman İsmail Gülle stressed that the data confirmed the signs of improvement in the Turkish economy given the 1.2% growth on a quarter basis.

"On the contrary to expectations for a 2% contraction in the Turkish economy, the data pointed out a 1.5% shrinkage, which is a more limited contraction than expectations. While domestic demand and investments still cannot support the growth, the exports made a net contribution of 7.4% to the growth," he said and added an 8.1% increase in the exports of goods and services have been effective in the net export contribution to the growth. Istanbul Chamber of Commerce (İTO) Chairman Şekib Avdagiç, on the other hand, said the Turkish economy posted a 1.2% growth in the second quarter compared to the first quarter, and the contraction in consumption expenditures slowed down, while the shrinkage in the industrial sector fell from 3.9% to 2.7%.

Stressing that this was a sign that the negative scissors in growth were closing in the direction of recovery, Avdagic said the declining interest rates would accelerate investments in the future.

Avdagic further noted that especially the fluctuation in the construction sector led to a significant reduction in investment expenditures.

"However, we believe that falling financing costs will significantly increase investment appetite, especially from the fourth quarter of the year. Indeed, the Istanbul Chamber of Industry (İSO) Turkish Manufacturing Purchasing Managers Index (PMI), which rose from 46.7 to 48 in August, supports this," he continued.

"As we increase the share of exports and investments in the composition of growth, we will initiate a long-term and prosperous growth cycle. We have reached the threshold where contraction will turn into growth. The pointer indicates positive growth for the fourth quarter."

İSO Chairman Erdal Bahçıvan stated that the GDP data showed that the positive growth in the economy would be delayed a little more, contrary to the desired level as entering the year.

"This shows us that the quality positive growth that we want and desire will take some more time," he noted and continued, "Besides, our main export markets and negative developments in the economies of those countries raise questions about the contribution of exports to growth in the coming period. In light of all these data, we see that we are not yet at the point where we want to turn the growth of the manufacturing industry into positive."

"Because it is seen that financial conditions have not improved sufficiently today and the growth in loans is still very weak accordingly," he continued. "As a result, without sufficient improvement in financing conditions and stronger improvement in the investment environment, a healthy recovery in growth figures will be possible only in the upcoming period."