Turkey wants to become manufacturer of new technologies, not a market, Erdoğan says 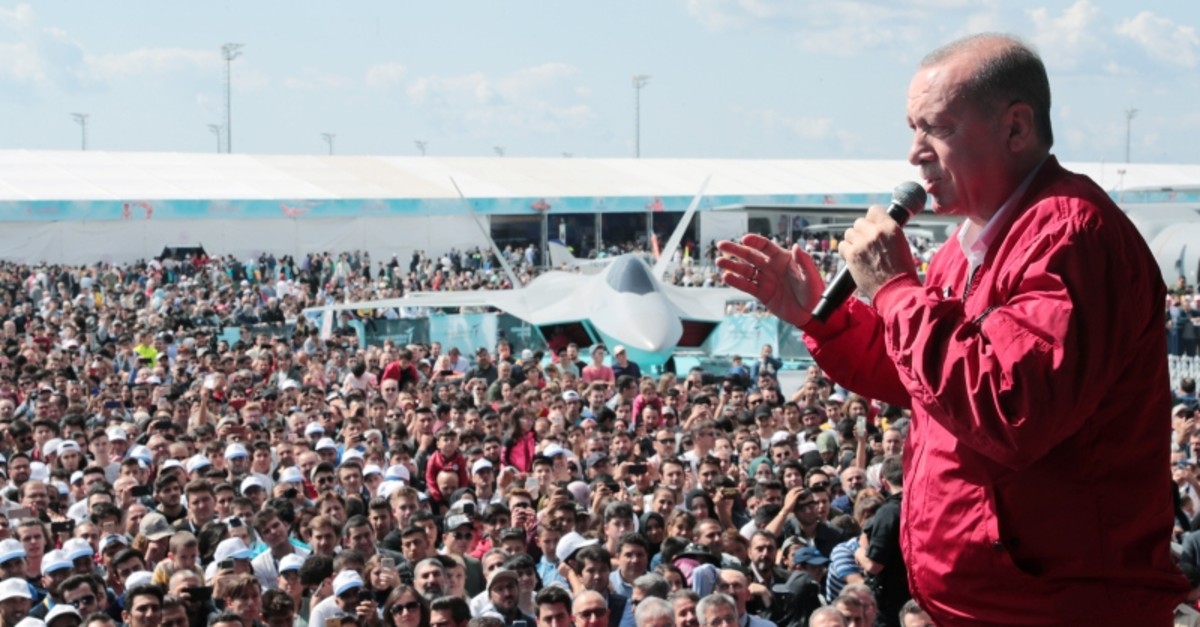 President Recep Tayyip Erdoğan attended Teknofest, Turkey's largest technology and aerospace fair, in Istanbul where he reiterated once again that such events served as great inspiration to young people who have dreams for thier country's future.

"I see this place as a platform that shows what our young people can do, even with very limited opportunities in the field of technology," Erdoğan said.

"This year, Teknofest has broken a record with nearly 17,400 teams and 2,000 finalists, 50,000 contestant applications and 10,000 finalists in all 81 provinces of Turkey and 122 countries," he said, adding that over 500,000 people had attended the festival this year, a goal which Turkey intends to double this year by Sunday.

In line with these goals, Erdoğan also said that Turkey wanted to be the manufacturer of new technologies, not just a market, and it was time for it to grow its global competitive power and establish its technological independence.

The president added that the leading international researchers program will continue in the following years.

"Senior researchers who have come to Turkey under this program will conduct scientific studies in a rich research environment and hopefully they will set an example to our youth," Erdoğan said.

"127 senior researchers, 98 of whom are Turkish and 29 foreigners, will benefit from this program and will have important roles in crucial research and development projects," he added.

Istanbul Ataturk Airport is hosting the six-day Teknofest festival, co-organized by the Turkish Technology Team Foundation and the Industry and Technology Ministry. Anadolu Agency is the festival's global communications partner.

The festival will feature numerous activities such as aviation shows, seminars, workshops, a drone championship, contests and concerts.