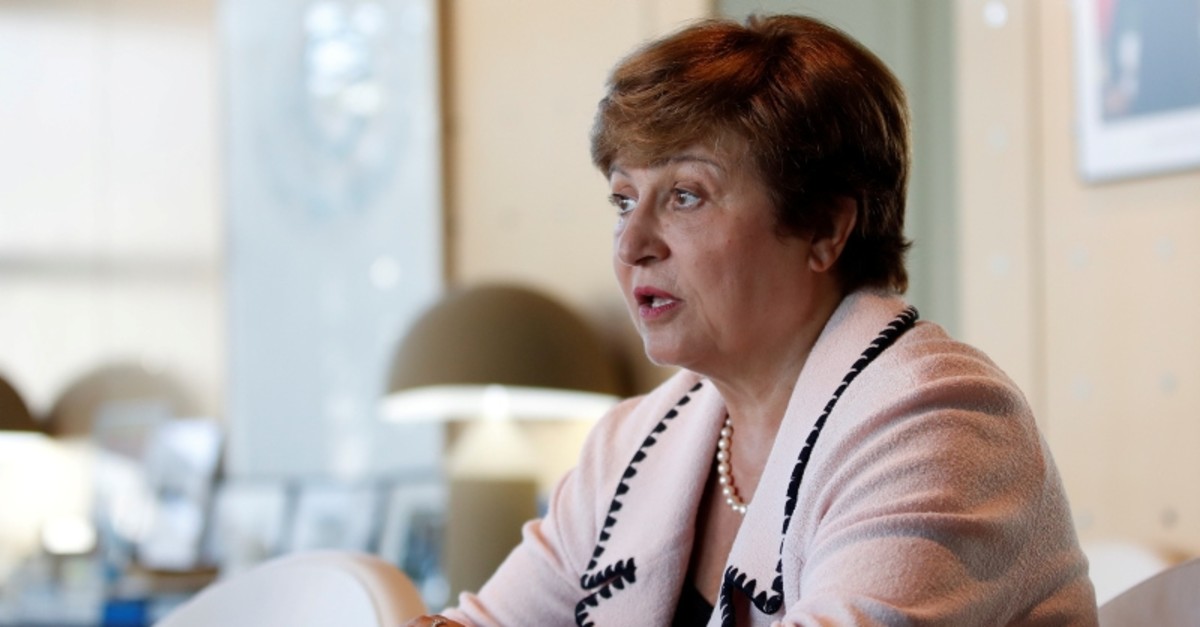 The International Monetary Fund on Wednesday formally selected Kristalina Georgieva of Bulgaria to be only the second woman ever to lead the 189-member institution.

The selection had been all but guaranteed after the global crisis lender said earlier this month that Georgieva, a former World Bank CEO, was the sole candidate.

A center-right politician who grew up in Bulgaria under communism, Georgieva has built a reputation during her time at the World Bank — where she has been on a leave of absence from her post as chief executive officer during the IMF nomination process — and the European Commission as a tenacious straight-shooter, champion of gender equality and leader in the global fight against climate change.

The IMF is the world's lender of last resort, providing emergency loans when countries are facing financial crisis. Georgieva takes over at a time when the global economy is slowing and the two biggest economies, the United States and China, are engaged in an escalating trade war.

In acknowledging her selection, Georgieva spoke of tempestuous times for the global economy.

"It is a huge responsibility to be at the helm of the IMF at a time when global economic growth continues to disappoint, trade tensions persist, and debt is at historically high levels," she told reporters.

Georgieva is to take up her position as managing director on Oct. 1, replacing Christine Lagarde, who is expected to take over the European Central Bank later this year.

She inherits the helm of an institution buffeted by the rise of populism in advanced economies and escalating trade conflicts -- the largest of which has been driven by the United States, the fund's single biggest shareholder.

Her rise perpetuates Europe's long-standing control over the designation of the fund's leadership.

Georgieva, who was championed by Paris, overcame a challenge within the divided European Union from Germany, which had backed former Dutch finance minister Jeroen Dijsselbloem.

French Finance Minister Bruno Le Maire tweeted his congratulations on Wednesday, saying the IMF will "thanks to your experience be able to fulfill its role in the world economy."

In a sign that Georgieva was indeed a shoo-in for the position, the fund this month formally lifted its age limit of 65 years for the leadership position, removing an obstacle that would have barred the 66-year-old.

Under an unwritten rule, a European has led the IMF since its creation in the aftermath of World War II while the leader of the fund's sister organization, the World Bank, has been designated by Washington.

David Malpass, a former U.S. Treasury official who took office earlier this year as president of the World Bank, likewise faced no opposition.

An economist by training, Georgieva was previously Bulgaria's EU commissioner from 2010 and served as the commission's vice president for budget and human resources from 2014 to 2016.

In 2016, she was a leading candidate to become U.N. secretary-general before losing out to former Portuguese premier Antonio Guterres.