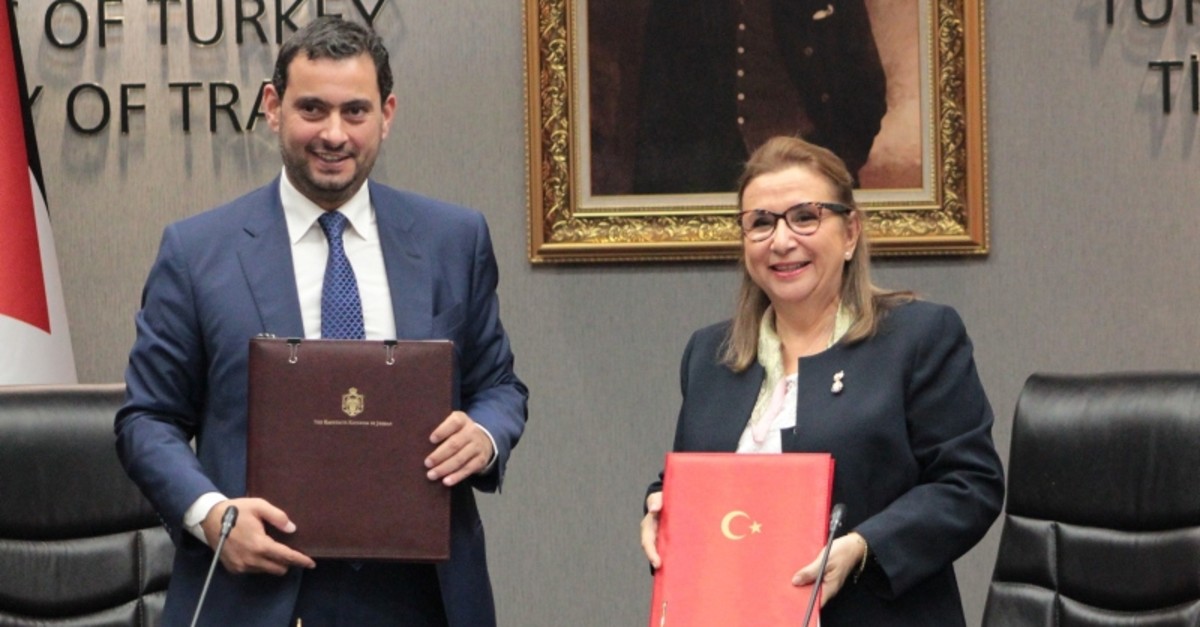 Jordanian Industry, Trade and Supply Minister Tariq Hammouri along with a delegation visited the capital Ankara for the agreement, Ruhsar Pekcan said in a Twitter post.

She said the framework agreement, which establishes the JEC, will boost bilateral trade and economic relations.

The free trade agreement (FTA) between the two countries signed in March 2011 was canceled last year by Jordanian side due to negative economic conditions.

Turkey has several JEC and FTAs with several countries from Europe to Asia and South America such as India, Brazil, North Macedonia and the Czech Republic.