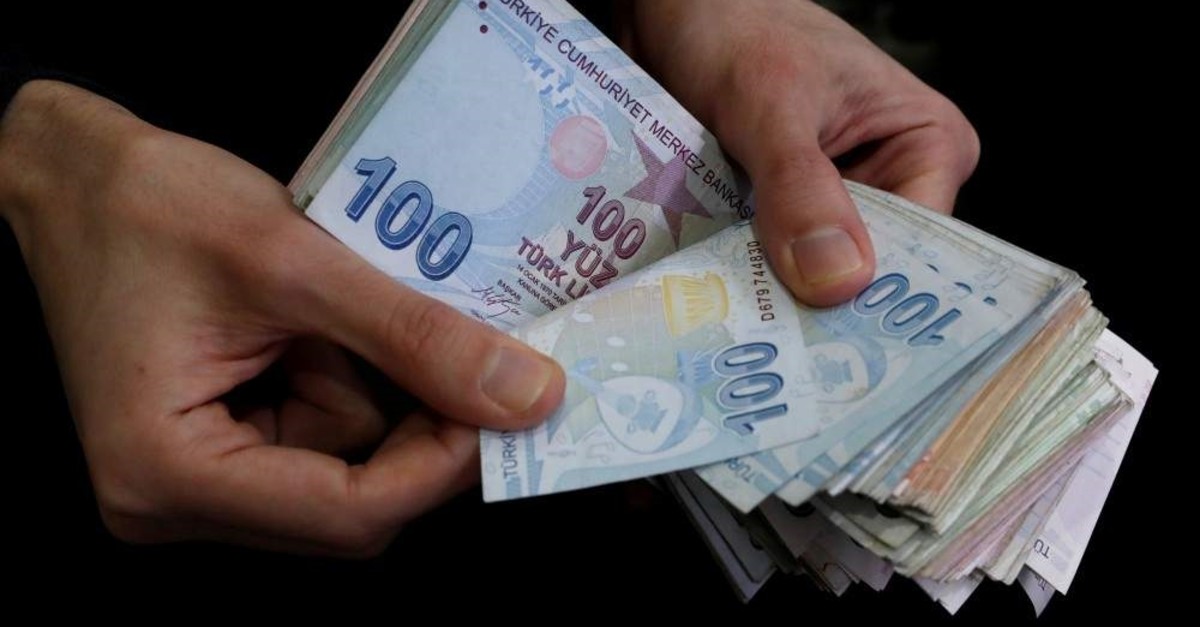 Following the Turkey-U.S. agreement on Syria on Thursday, the lira spiked against the dollar and the Turkish stocks gained nearly 4%, enjoying a relief rally after the heightened pressure of geopolitical risks last week

Turkish markets hailed the news of an agreement between Ankara and Washington on Thursday after four hours of negotiations. The Turkish lira rallied against the U.S. dollar immediately after U.S. Vice President Mike Pence announced the agreement and Turkish stocks began Friday trading with a 3.7% premium. The Turkish exchange traded funds in New York, iShares MSCI Turkey ETF, gained as much as 4.1% on Thursday afternoon in the aftermath of the news.
While the ties between the two NATO allies have strained over the last couple of years primarily because of American support for the PKK offshoot in northern Syria, a clear threat to Turkey’s national security, protracted acrimony in relations have been reflected numerous times in assets denominated in Turkish lira. However, the latest deal, which paused Turkey’s military operation in northeastern Syria for a period of 120 hours, has mitigated investors' worries regarding Turkish assets.
Around 8.p.m on Thursday evening local time, the Turkish lira was trading as low as 5.92 per dollar. Yet, the minutes later when Pence began talking and uttered the magic words for the markets, the lira quickly entered a course of an upward trend and was trading at 5.82 within minutes. On Friday, the currency jumped to its strongest level in almost two weeks, gaining more than 1% at 5.76. Later in the afternoon, the lira was hovering around 5.77 at 4.30 p.m. local time.
The deal that ensured a pause in Turkey’s military operation, Operation Peace Spring, that began on Oct. 9 with the aim to clear the country’s southern border from terror threats, has enabled the country’s currency to erase some of its losses ensuing from the recent disagreements with Washington, which threatened Ankara with various sanctions both at the presidential and congressional level. Still, while Pence, accompanied by Secretary of State Mike Pompeo, U.S. Syria Representative James Jeffrey and National Security Advisor Robert O’Brien, was negotiating a deal with President Recep Tayyip Erdoğan and his team in Ankara, some U.S. lawmakers including Republican Sen. Lindsey Graham and Democrat Chris Van Hollen were introducing a bipartisan bill that envisaged sweeping sanctions on Turkey.
The Borsa Istanbul benchmark index BIST 100 was up 3.7% in the afternoon at 98,444 points, led by Konya Çimento stocks and private lender Garanti’s shares – both up more than 7%. Moreover, the yield on the five-year government bonds was down by 1.84%, falling to 15%. The yield on the five-year bonds rose by 190 basis points last week.
The temporary deal fueled optimism in the market as it weakened the risk of sanctions on the Turkish economy. The agreement stipulated that the U.S. would not pursue further imposition of sanctions under the Executive Order of Oct. 14 which instated sanctions on Turkey’s Defense Minister Hulusi Akar, Interior Minister Süleyman Soylu, Energy and Natural Resources Minister Fatih Dönmez along with energy and natural resources ministry and defense ministry.
The agreement between the two allies provide for Turkish control of a 20-mile deep safe zone in northern Syria, a project Ankara has been pushing for years with the previous and current U.S. administrations. However, the Turkish party still remains cautious over the implementation of the deal as the terror threats emanating from the PKK affiliate YPG still continues.
Central bank move
The rally in Turkish assets has again brought up the possibility of another rate cut by the central bank at its meeting on Oct. 24. Although the pressure on the Turkish lira and the government bonds last week raised questions about how much room the Central Bank of the Republic of Turkey (CBRT) will have for a major rate cut up to 200 basis points, the traders are now optimistic about a 100 basis point reduction. The central bank has slashed the interest rates 750 basis points since July to 16.5%.
The one-month forward yield on the Turkish currency dropped below 14%, 250 basis points below the central bank benchmark interest rate.
Last Update: Dec 20, 2019 1:07 am
RELATED TOPICS