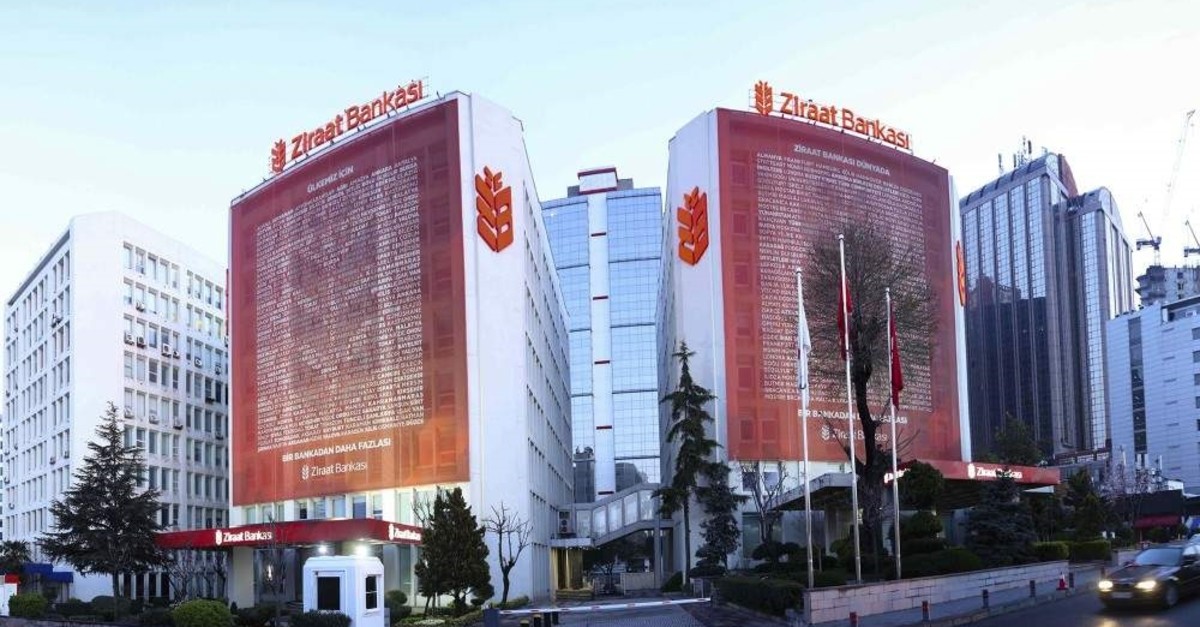 The stabilized lira, declining rates in the global markets and operational improvement in Turkey have strengthened the ability of the Turkish banks to raise debt in the financial markets at lower costs

In a global context with struggling markets and plunging economic growth, international investors have so far invested $9.2 billion in 10 Turkish banks, including state and public lenders, this year.

The ability of Turkish banks to collect resources from international markets is construed as a sign that domestic financial institutions still remain a safe haven in the eyes of investors despite the economic turbulence Turkey experienced in 2018, implications of which Turkey has been exposed to so far this year.

Among the reasons why the Turkish banks are still attractive to foreign investors for lending money is trust in the financially robust structure of the domestic banking sector and its ability to pay back the syndicated loans. The stabilized currency, high interest rates in the first half of the year and a series of reformative steps taken by the government have also helped the restoration of investor confidence in the Turkish financial market.

According to the data of the Banking Regulation and Supervision Agency (BDDK), the Turkish banking sector's net profit totaled TL 32.8 billion ($5.65 billion) in January-August 2019. Banks' short-term external debt stock posted an increase of 0.1% to $57.2 billion and other sectors' short-term external debt stock rose by 11% to $57.1 billion by the end of August, central bank data showed. The ratio of non-performing loans to total cash loans — the lower the better — was 4.64% in the same period, versus 2.85% a year ago.

Coupled with the gradual improvement in financial operations, as seen in the falling credit default swaps (CDS), the lira’s recovery from last year’s turbulence has cut interest rates on syndicated loans as much as 10%. The fall in interest rates came despite ratings by Moody’s Fitch Ratings and S&P Global Ratings.

On every possible occasion, President Recep Tayyip Erdoğan and Treasury and Finance Minister Berat Albayrak call upon private lenders to turn the taps on lending and insist on keeping interest rates lower to lift the economic activity in the country. The Central Bank of the Republic of Turkey (CBRT) cut the benchmark interest rate, the one-week repo, by 1,000 basis points since July to 14%.

The latest report by the International Monetary Fund (IMF) revealed last month that the Turkish economy may see a growth of 0.25%, reversing previous forecasts of 2.5% contraction.

One of Turkey’s five largest lenders, İş Bank, signed a syndicated loan agreement in the amount of 644.9 million euros (some $722 million) and $323.5 million with a maturity of 367 days. State lenders Ziraat Bank and Vakıfbank also raised $1.4 billion and $1.1 billion in syndicated loans from international investors. According to the estimations, the banks offer a 185 basis-point margin on the dollar tranches and 170 basis-point on the euro tranches, which were as high as 190 basis points and 200 basis points last year.

Another private lender Yapı Kredi, which is partly owned by Italian lender Unicredit, has so far raised nearly $2 billion in syndicated loans. In two rounds, Akbank also signed $1.5 billion with investors from the global markets. Fully owned by Spanish lender BBVA except for the shares traded on the stock market, Garanti Bank signed an oversubscribed syndicated loan facility with demand from foreign banks reaching above $1 billion. Turkish Industrial Development bank signed a $177 million syndicated loan agreement with 12 banks. ING Turkey and TürkEximbank are also among the other lenders that inked syndicated loan agreements with global investors.