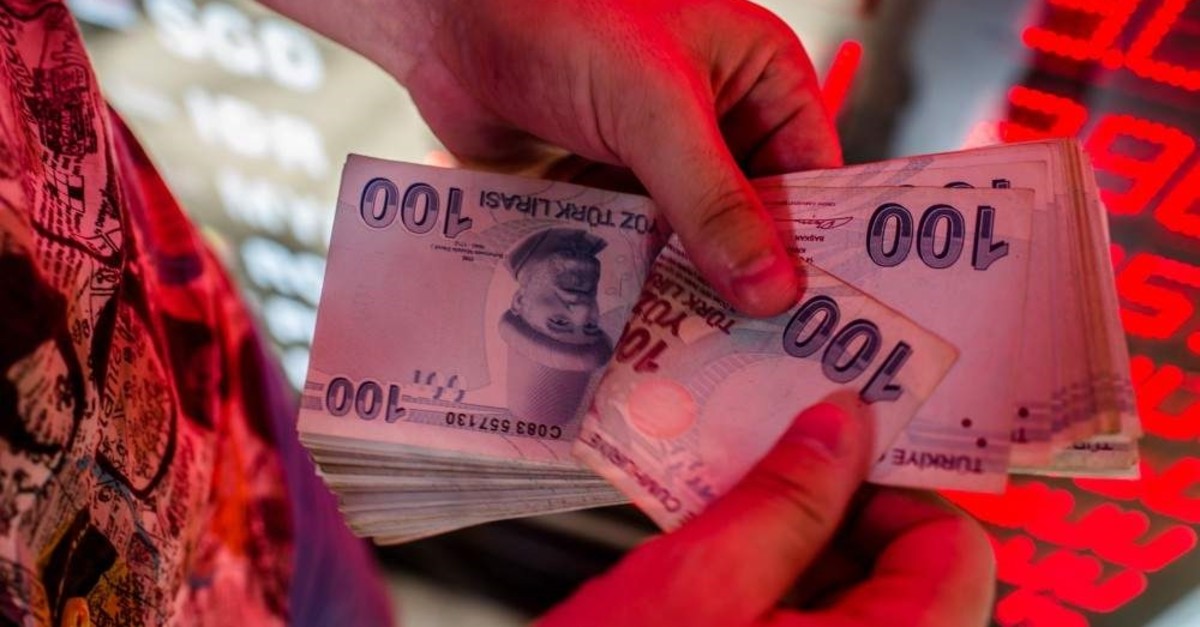 Turkey's 12-month current account balance has renewed its record, giving a current surplus of $5.9 billion in September, according to central bank data released Tuesday. The current account balance saw a $2.48 billion surplus in September, improving by $599 million from September 2018.
With the measures taken over the last year, the improving tourism sector and decreasing imports, the annual current account deficit has gradually declined from about $58 billion since the second half of last year.
The improvement was mainly driven by a reduction in the import-export gap to $867 million, down $48 million from a year earlier, and a rise in the net income from services to $4.3 billion, up $694 million.
The current account gave a series of surpluses for four consecutive months in June this year, renewing its record with $5.9 billion in September. In June, July, and August this year, the current surplus stood at $1.2, $4.7, and $5.3 billion, respectively.
Thus, the $4.7 billion and $5.3 billion achieved in July and August, respectively, had been recorded as the highest annualized current account surpluses considering the data set period published by the Central Bank of Republic of Turkey (CBRT).
Travel items, which constitute a major part of the services account, ran a net inflow of nearly $3.5 billion in September, increasing by $619 million on an annual basis.
The country's new economic program, unveiled in September, forecasts a current-account-surplus-to-GDP ratio of 0.1% for 2019, as well as a current account deficit of 1.2% next year and 0.8% in 2021 before reaching 0% in 2022.
Anadolu Agency (AA) Financial Analyst and economist Haluk Bürümcekçi said the market was expecting a current account surplus of $2 billion in September.
Bürümcekçi stated that with the improvement of the annualized current phase to $5.9 billion, the GDP ratio rose to 0.8%, reaching the highest level of the period in which the data set was published. “The leading foreign trade figures in October point to a higher foreign deficit compared to the previous year, suggesting that we are at the end of the rise in the current account surplus,” he said.
The AA analyst stressed that the energy-excluded current account balance rose to a surplus of $41.5 billion and the energy and gold-excluded current account balance increased to a surplus of $47.7 billion, noting that the high surplus in the balance of services was the main factor in the improvement of the current account balance in September.
Year-end expectation for surplus
Bürümcekçi said that the period of recovery in the current account balance may have come to an end and that this depends on the course of growth. He explained that it is critical whether the developments in energy trade, one of the main factors that led to the current account deficit to increase last year, will continue. The recent decline in oil prices below the 2018 average ($72) continued to bring down the current account deficit.
Bürümcekçi said that the net deficit of $7.7 billion in gold trade in January-September last year decreased to $5.2 billion in the same period of 2019, adding tourism revenues will continue to recover as the number of tourists maintains the upward trend.
“However, national income growth will increase stronger with the base effect. We think that this development may bring an increase in the foreign trade deficit on an annual basis,” he continued. “Moreover, the slowdown in the growth of the EU market and global growth, in general, continues to affect our export growth rate negatively. Accordingly, we expect that the 12-month current account, which we expect to decline to a surplus of $5 billion by the end of October, may close the year with a much more limited surplus.”
In 2010 and 2011, when the Turkish economy was seeing a high growth, the annualized current account deficit had increased gradually and reached its historic peak in October 2011 with $76.1 billion. It went on to fall below $50 billion in November 2012 with the measures taken by the economic administration.
Last Update: Dec 20, 2019 1:39 am
RELATED TOPICS