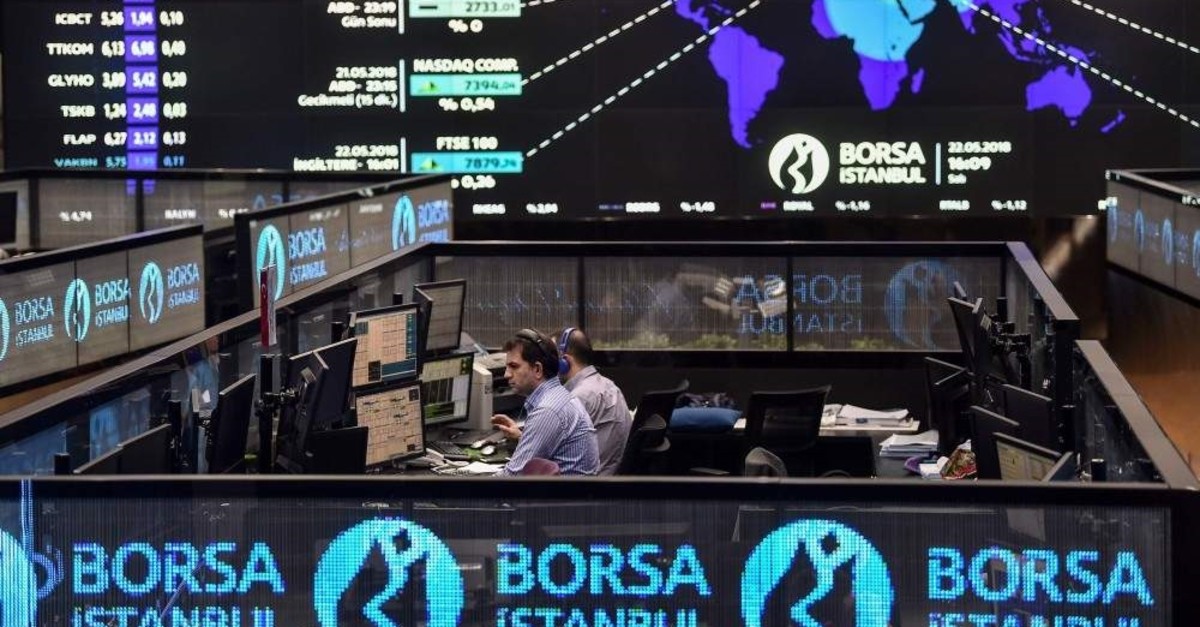 Turkish stocks hit a 19-month high on Monday after having continued their upward trend over the last three weeks amid an increase in global appetite for riskier assets. Analysts expect the rally to continue in the coming period.

According to analysts, President Recep Tayyip Erdoğan’s White House visit and meeting with his American counterpart Donald Trump last week as well as the opening of dialogue channels between Turkey and the U.S. could bring relief to the Turkish lira assets for the remaining part of the year, after being under pressure for a long time.

Analysts also said that positive developments regarding the current account deficit, the rebalancing process in the economy, recent rate cuts and optimism over U.S.-China trade talks supported the rally.

Among others, appreciation in the Turkish lira and the country’s 5-year credit default swaps (CDS) slipping to 300 basis point, its lowest since March, were among other factors fuelling the rally.

İnfo Yatırım Deputy General Manager Mert Yılmaz told the Turkish language daily Dünya that it is a really important development that the CDS were down to 300 basis points, compared to 570 basis points in September 2018.

Experts, who do not expect any major development that could disrupt the rally, are anticipating new peaks.
Globally, consumer confidence indices, PMI data, predominantly the U.S. Federal Reserve (the Fed) members’ statements and developments in the U.S.-China trade tensions will be closely followed.

As for the following period, the NATO meetings in December, the U.K. elections and central bank decisions will also be followed.

From a technical point of view, experts, who stress the importance for the BIST 100 Index to remain above the psychological level of 100,000 points and a technical level of 103,300, expect the upward movement to upshift in case the index remains above the level of 106,600 points. In this case, it is predicted that the band of 108,000-112,000 could be reached.

Bond issuance based on TLREF also reached the volume of TL 12.6 billion, Arıcan told the Turkish Capital Markets Summit 2019. The TLREF rate was announced and started to be released on June 17 to help banks manage interest rate risks.

Touching on Borsa Istanbul's FX swap market, she underlined that this market had reached a $2 billion transaction volume so far. "Borsa Istanbul, with its 400 publicly-held companies, is the largest stock exchange in its region," she said.

"In line with the Istanbul Finance Center, we will continue to make efforts to be at the top," added Arıcan.

The two-day summit, with the support of the Turkish Presidency, started yesterday under the theme of "Transformation."

Alp Keler, the chair of the Turkish Capital Markets Association, said Turkey can grow with the support of capital markets. The Turkish capital market's products and structure were developed in coordination with the world markets, he said.

"Our sector can meet the requirements of a large number of investors with its infrastructure," he underlined. Turkey should raise savings and extend the maturity period of them, he noted.

He also said that the partnership culture must be improved in Turkey. Referring to the summit, he said around 150 experts will give speeches in 28 panels and 40 experts will conduct 32 sessions.