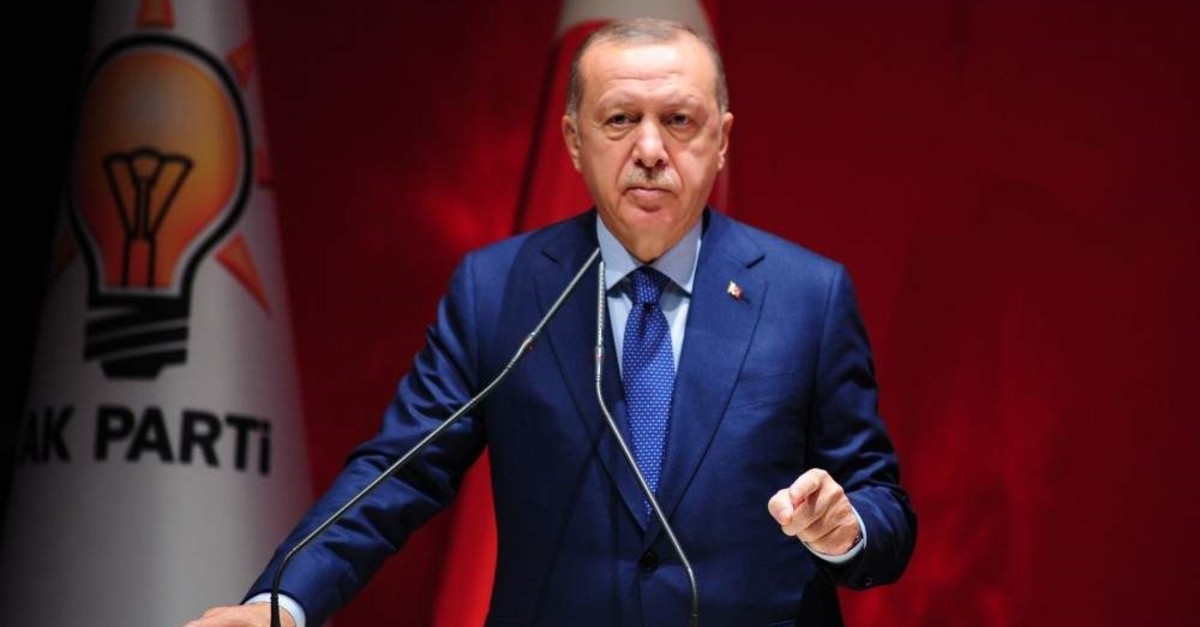 Turkey has seen improvements in its main macroeconomic indicators recently, according to President Erdoğan, who called on investors not to hesitate and continue to invest

Turkey’s president yesterday called on investors to continue investing in their sectors, stressing that the country has been seeing improvement in leading economic indicators.

“We are dispelling dark clouds over our country by again bringing down inflation to single digits and rapidly reducing interest rates,” Recep Tayyip Erdoğan told an extended meeting with provincial heads at the headquarters of his ruling Justice and Development (AK) Party in the capital Ankara.

Inflation has been a pressing issue for the Turkish economy over the last year. When topping 25% in September last year, the Central Bank of the Republic of Turkey (CBRT) was forced to hike its benchmark policy rate – the one-week repo auction rate – to 24% in September 2018, from 17.75% at the time.

Inflation has since gradually eased, from 20.3% this January to 8.55% in October, its lowest level since December 2016, according to the Turkish Statistical Institute (TurkStat). Annual inflation was down 0.71 percentage points from 9.26% in September when it hit single digits for the first time since July 2017.

In its last quarterly inflation report in October, the central bank lowered its inflation forecast for the end of this year to 12%, down from 13.9% in the July report.

The disinflation trend has paved way for the central bank to kick off an easing cycle in its monetary policy and slash its benchmark policy rate by 1,000 basis points since July.

In its July meeting, the bank cut the one-week repo auction rate by 425 basis points, before slashing the rate further by 325 basis points in September and 250 basis points in October to 14%, taking advantage of slower inflation and a steadier lira.

“The increase in housing, automotive, domestic appliance sales, which had contracted due to last year’s troubles, as well the rise in the number of newly established companies, is of the indicators of recovery in the economy,” Erdoğan said.

“I am calling on our investors, do not worry, do not hesitate, please continue to invest in your own sectors,” the president stressed.

He further called on businesses to use local currency, rather than borrowing with foreign currencies.

Indicating that Turkish economy grew by 5.6% on average between 2003 and 2018, Erdoğan said Turkey has become the 13th largest economy in the world with respect to the purchasing power party.

Turkey's economy shrank by 1.5% in the April-June period, compared to the same period last year. In the first quarter, the revised data of the Turkish Statistical Institute (TurkStat) revealed that the economy shrank by 2.4%.

Officials expect the economy to close this year with positive growth figures in reference to improvement in macroeconomic trends.

The U.S.-based credit rating agency Moody’s revised Turkey's economic growth forecast last week to 0.2% for 2019 from a 2.0 contraction and 3% for 2020 from 2.0, citing the country's strong economic recovery.

Turkey's economic growth estimates have also been revised by the International Monetary Fund (IMF) and the Organization for Economic Co-operation and Development (OECD) in September.

The IMF report said the Turkish economy may see a growth of 0.25%, reversing previous forecasts of a 2.5% contraction while the OECD revised 2019 forecast to 0.3% from 2.9% contraction.

The European Council also recently went on to raise its growth expectation for Turkey's (gross domestic product) GDP this year from minus 2.3% to 0.3%. It also expects the Turkish economy to grow 3.1% in 2020 and 3.5% in 2021. The country’s new economic program suggested a growth target of 0.5% this year, and 5% for the next three years.

Among others, Erdoğan said the investment volume of Turkey, which was investing only TL 70 billion annually before 2002, has now reached over TL 1 trillion.
CURRENT ACCOUNT NOW POSTS SURPLUS

Noting that although there was a slight increase in the public borrowing rate due to an increase in exchange and interest rates, Erdoğan stressed that “we are still in a very good position, according to European Union criteria.”

The president stressed that they were aware of the need to continue structural reforms in the economy, announcing that these would be implemented one-by-one over the coming period.