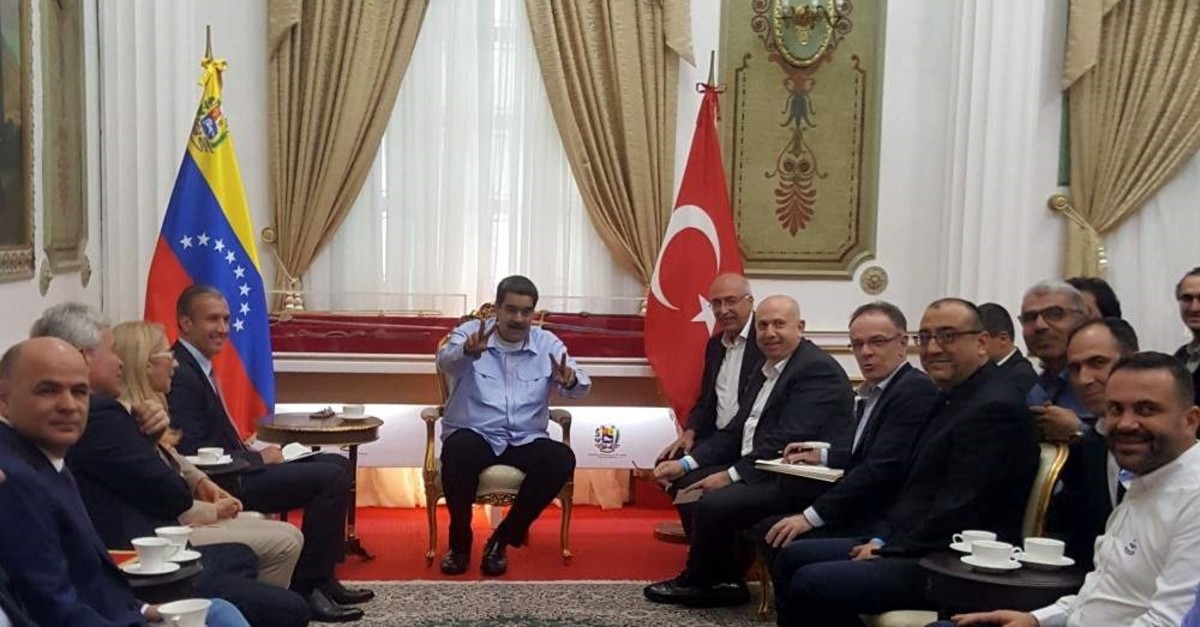 Having rolled up their sleeves and expanded efforts to enter the South American market, which is included in Turkey’s export master plan, a delegation of Turkish exporters paid visits to Venezuela and Colombia, where they held extensive talks with senior officials.

Consisting of 18 exporters from 11 companies, the Sectoral Food Trade Delegation of Mediterranean Aquatic and Animal Products Exporters’ Association (ASHİB) signed agreements with over 200 companies on the sidelines of their visits on Nov. 11-20, according to a statement by ASHİB.

ASHİB Chairman Ali Can Yamanyılmaz said that they have set a goal of reaching $2 billion in exports to Latin American countries for the next five years, underscoring that they look forward to government support to achieve this goal.

During their visit to Venezuela, the Turkish delegation also met and held talks with Venezuelan President Nicolas Maduro.

“Following our contacts at the level of ministers and undersecretaries in Venezuela, Maduro, a friend of Turkey, welcomed us very warmly. Almost all cabinet ministers were present at this meeting,” said Yamanyılmaz.

He cited Maduro as saying that Venezuela’s doors are wide open to Turkish businesspeople and that they are ready for any kind of cooperation. The president reportedly also instructed his minister to meet any kind of Venezuela’s need primarily from Turkey.

Indicating that they spoke on bilateral trade between Turkey and Venezuela for over an hour, he said that the Venezuelan side requested the foundation of joint committees of industrial and agricultural products and the provision of technical support.

Yamanyılmaz stated that the main market for the Turkish aquatic and animal product sector, which exported products worth $2.5 billion last year, is Iraq and Middle Eastern countries, stressing that they need to open up to new markets due to instability and internal turmoil in the region. He pointed out that they aim for Africa and the Americas as an alternative to the Middle Eastern market.