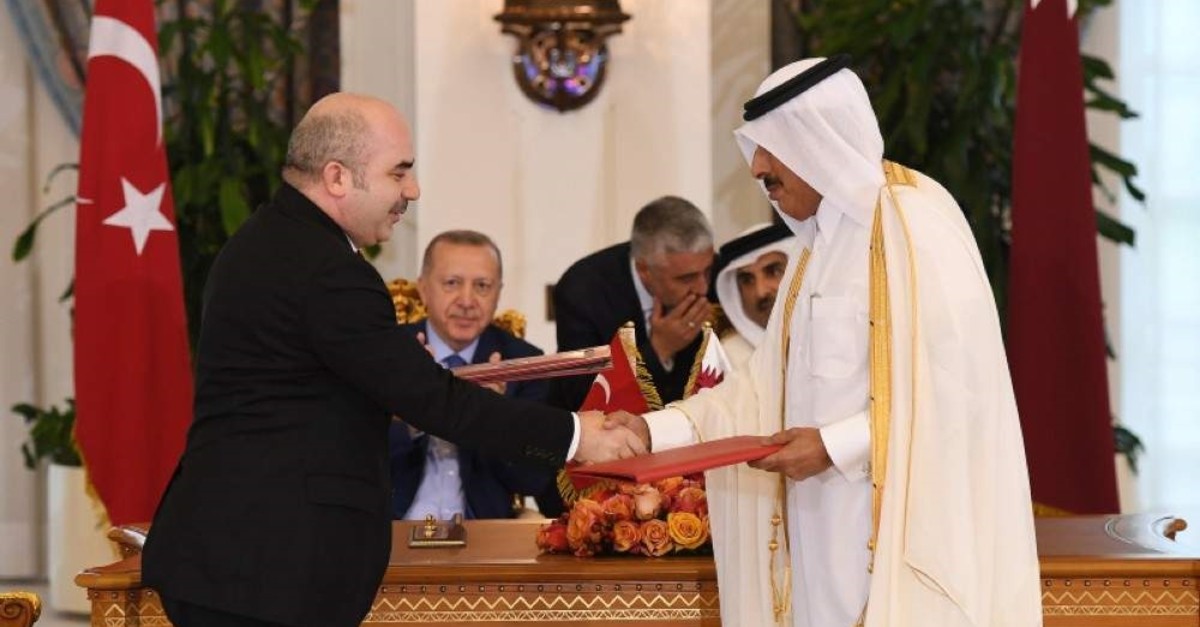 Turkish and Qatari central banks have agreed to increase the size of a currency swap deal to $5 billion.
The decision came on the sidelines of President Recep Tayyip Erdoğan’s official visit to the Gulf state earlier Monday.
According to a statement released by the Central Bank of the Republic of Turkey (CBRT) yesterday, the swap agreement with the Qatari Central Bank, signed back in August 2018, was amended to raise the amount from $3 billion to $5 billion equivalent of Turkish liras and Qatari riyals.

"The core objectives of the agreement are to facilitate bilateral trade in respective local currencies and support the financial stability of both countries,” read the statement.

The previous agreement worth $3 billion was signed in August 2018 after Qatar pledged a $15-billion investment package for Turkey.

Meanwhile, the two countries also signed a series of trade agreements during Erdoğan's latest visit, as part of efforts to promote bilateral economic ties. The agreements in the fields of economy, urbanization, trade, industry, technology and standardization will also boost bilateral relations.

The expanded swap reaffirmed the two allies’ close economic ties, which strengthened significantly after a Saudi-led embargo on Qatar. Ankara has emerged as one of Qatar's top partners since the Saudi Arabia-led bloc launched a trade and diplomatic boycott of the Gulf state in 2017, sending additional troops and food to meet Qatar's needs just after the embargo began.

Turkey-Qatar bilateral trade volume has increased by 84% over the last decade, hitting $1.3 billion last year, according to the Turkish Statistical Institute (TurkStat). In the first nine months of this year, Turkish exports to Qatar were recorded at $838 million, while imports from the Gulf nation reached $205 million.