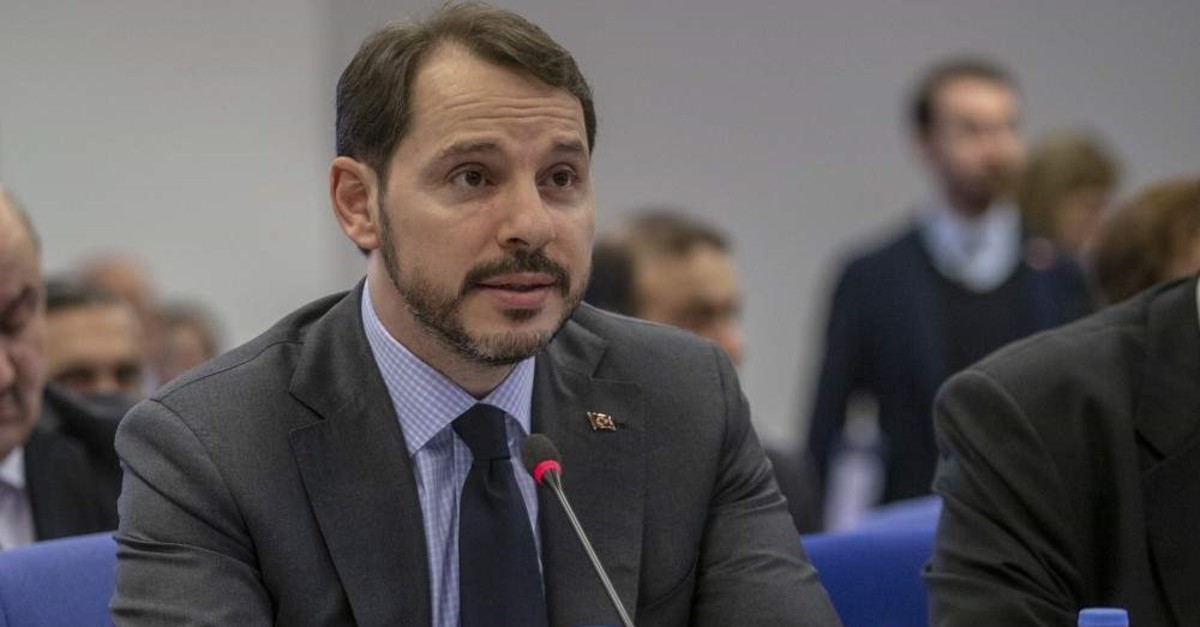 Turkey will continue exercising fiscal discipline throughout the next year by utilizing government sources in the most efficient and productive manner. It will also ensure financial stability to achieve development goals

Fiscal discipline has been regarded as an important pillar for the economic rebalancing period of the Turkish economy since late 2018. In order for healthier and more efficient management of resources, the economy administration of the country will continue implementing fiscal discipline next year, Treasury and Finance Minister Berat Albayrak said Wednesday.
In his presentation at Parliament’s planning and budget commission, Albayrak confirmed that the coordination between fiscal and monetary policies will be increased next year and the fiscal discipline will be exercised in a tight manner.
“By creating continuous and permanent revenue sources, we will implement required structural changes to ensure productive and frugal utilization of public resources,” he said.
In a retrospective evaluation, the treasury and finance minister stressed that the appropriate measures in times of turmoil have decreased volatility and normalized financial markets. Therefore, he added, the first half of this year has seen moderate signs of economic improvement.
The significant indicators including sectoral confidence, consumer confidence, and industrial output have posted improvement in the recent period. A Turkish Statistical Institute (TurkStat) report revealed that the calendar-adjusted industrial production soared 3.4% in September year-on-year.
The seasonally adjusted confidence index which was 90.7 points for services in October increased by 0.7% in November to 91.3, the TurkStat said on Monday. Last week, Turkish consumers' confidence in the economy increased for the second month in a row in November, surging 5.2% to 59.9 points. The manufacturing industry used 77.2% of its capacity in November, its highest level in the last 15 months, the Central Bank of the Republic of Turkey (CBRT) reported on Monday.
As a result of the fall in the credit default swaps (CDS) and the improvement in the inflationary pressures have ensured a remarkable fall in the borrowing costs.
“The Turkish lira debt collection cost went as high as 26% during this year and now it has dropped below 12% – the lowest cost since October 2017,” Albayrak said.
He also added that the interest rate expenditure in the 2019 government budget has been revised down to TL 103.1 billion.
Turkey’s 5-year CDS stood around 309 points as of yesterday. The 5-year CDS reached a maximum value of 566.38 points on Sept. 4, 2018, and the lowest yield of 152.28 since Jan. 5, 2018.
At his last meeting on Oct. 24, the central bank also lowered the benchmark interest rate to 14%. The Monetary Policy Committee's (MPC) cut was the third straight reduction since July when the rate was 24% to slow double-digit inflation and ease a tumble in the lira following high volatility in the exchange rates in 2018.
The annual inflation in Turkey has fallen to 8.55% in October 2019 from 25.24% in October 2018. In this period, the inflation dropped to single-digits for the first time since July 2017.
According to the Maastricht criteria, the debt stock of the member countries should not exceed 60% of the gross domestic product (GDP). In reference to the Eurostat data, Albayrak stressed that the debt stock of 28 European Union member states has been calculated at 80.5% of the GDP and confirmed that Turkey remains below this percentage.
FINANCIAL STABILITY
The minister underscored that financial stability is a focal point for the development of the Turkish economy. To that end, the ministry has formed two committees including the Financial Stability Committee, and the Financial Stability and Development Committee.
“The measures and steps we have taken have laid the ground for long-term development. The coordinated decisions taken with due considerations of the financial system have been implemented and the Turkish economy will register higher growth rates than international monitoring agencies,” Albayrak said.
According to the new economic program unveiled in September, the government expects 0.5% growth this year and targets a 5% growth rate in the next three years.
With 4th quarter signals painting a positive picture, Albayrak said he expected public banks to announce their "biggest profit in history."
Stating that expectations indicated a 1% growth in the third quarter, Albayrak said that if Turkey manages to continue this momentum it will likely see 4-5% growth in the last quarter.
The minister also said he had faith that Turkey will be in a much better place in terms of unemployment and growth in the first quarter of 2020.
The U.S.-based credit rating agency Moody's recently revised Turkey's economic growth forecast to 0.2% for 2019 from a 2% contraction and 3% for 2020 from 2%, citing the country's strong economic recovery.
The economic growth estimates have also been revised by the International Monetary Fund (IMF) and the Organization for Economic Co-operation and Development (OECD) in September.
The IMF report said the Turkish economy may see a growth of 0.25%, reversing previous forecasts of a 2.5% contraction while the OECD revised the 2019 forecast to 0.3% from 2.9% contraction.
The U.S.-based investment bank JPMorgan also made a revision in its estimates for the Turkish economic growth. The bank said Tuesday that the GDP will grow 0.3% this year and 2.3% next year. The bank had previously said that the Turkish economy would expand by 0.2% this year.
Last Update: Dec 20, 2019 1:58 am
RELATED TOPICS