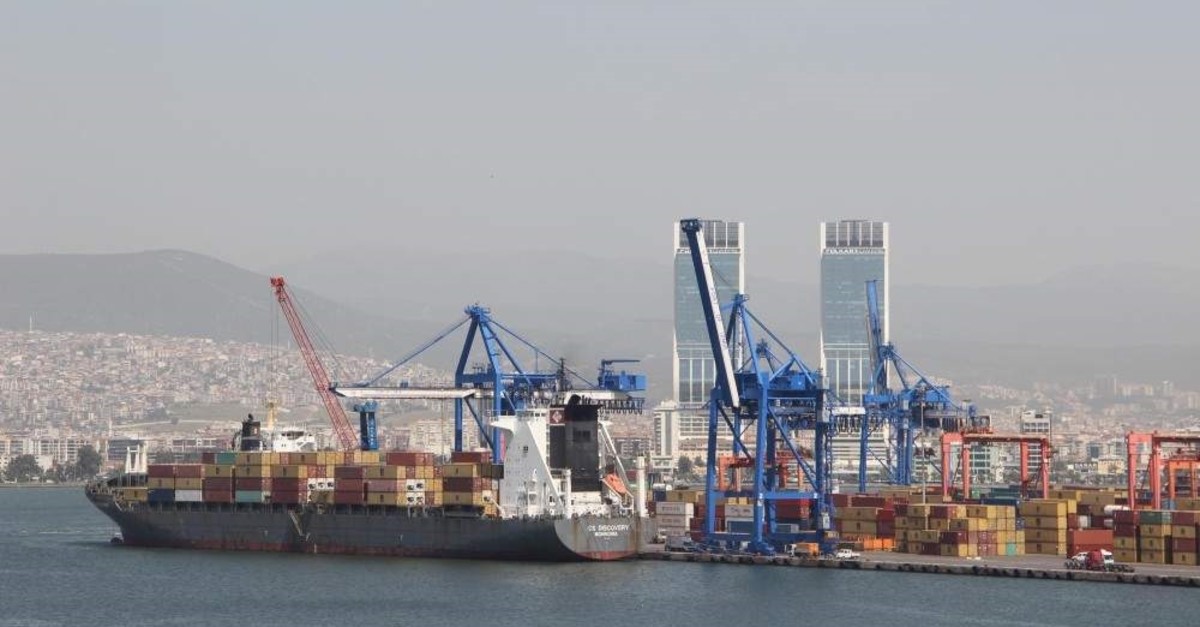 Despite the negative effects of global trade wars, Turkey's exports continue to rise, the head of the Turkish Exporters Assembly (TİM) said Thursday.

While several countries' exports dropped in the January-September period, Turkey's rose 2.6%, Ismail Gülle said during the third Istanbul Economy Summit, organized under the theme "Are we ready for the new world order?"

"The cost of the U.S.-China trade war on the world economy will reach $700 billion as of 2020," Gülle said, referencing a forecast by the International Monetary Fund (IMF).

Gülle underlined that increasing protectionist measures and trade wars have caused a recession in global trade and growth.

"While the world is involved in trade wars, terror and regional conflicts, Turkey's constructive steps will yield good results for the future," he added.

He underscored that Turkey always pursues a multilateral, fair and free trade policy based on win-win situations.

Gülle added that Istanbul, as one of the most important trade centers in the world, is a megacity and financial hub with its economy, which generates significant added-value and employment.

"Istanbul, which hosts around 15 million tourists annually, overtakes some countries, such as Finland, Egypt, Portugal and Greece, with $85 billion worth of exports and $257 billion GDP," he said.

He said Turkey was now strengthening its attractive position in the fields of education, health, entertainment and tourism. Turkey is the sixth-largest tourist destination in the world and exports to 223 countries, he added.

Also speaking at the meeting, Rıza Tuna Turagay, the deputy trade minister, said although the new world order is a threat to the global economy, it still offers opportunities for Turkey.

Turkey has huge potential thanks to its geographic position, young population and qualified manpower, Turagay said.

He noted Turkey's share in global trade was 0.9%, and it should grow with a higher share of the value-added and high-technology goods in the country's exports.

"The high-technology share in our exports is around 3.5%, while this ratio is 14% on average in OECD (the Organization for Economic Co-operation and Development) countries," he stressed.

Turagay reiterated that global trade and growth are slowing down. The $19.3 trillion global trade has been rising around 4% annually in recent years.

The World Trade Organization (WTO) revised its world trade growth expectations for this year twice from 2.9% down to 2.6% and 1.2%, he added.

The deputy minister said the world economy is also expected to grow 3% this year, while previous forecasts were 3.6% and 3.2%.

There is an axis shifting in the world, as China and other Asia-Pacific countries raise their share in global trade, he noted.

He said the U.S. is the biggest importer country in the world with a $900 billion trade deficit, especially with China ($400 billion).

"The U.S. took measures against this issue and raised taxes to prevent imports from China," he stressed.

The Chinese 2025 project, which aims to make China a leading and self-sufficient country in the area of technology, is the main reason for this deficit with China.

Nureddin Nebati, the Turkish deputy minister of finance and treasury, said while international institutions expect a 3% growth rate for Turkey in 2020, the country is targeting a growth of 5% next year.

Turkey's exports have been rising in recent years, and the country became a net exporter country for the first time this year, he noted.

Nebati added, "The country was able to reduce the inflation rate to 10% recently, from around 25% last year."

SUMMIT TO GENERATE $1B IN BUSINESS VOLUME

The summit is expected to generate $1 billion in business volume between domestic and foreign firms. As part of the summit, experts, officials and representatives from the business world will discuss several trending topics related to the global economy.