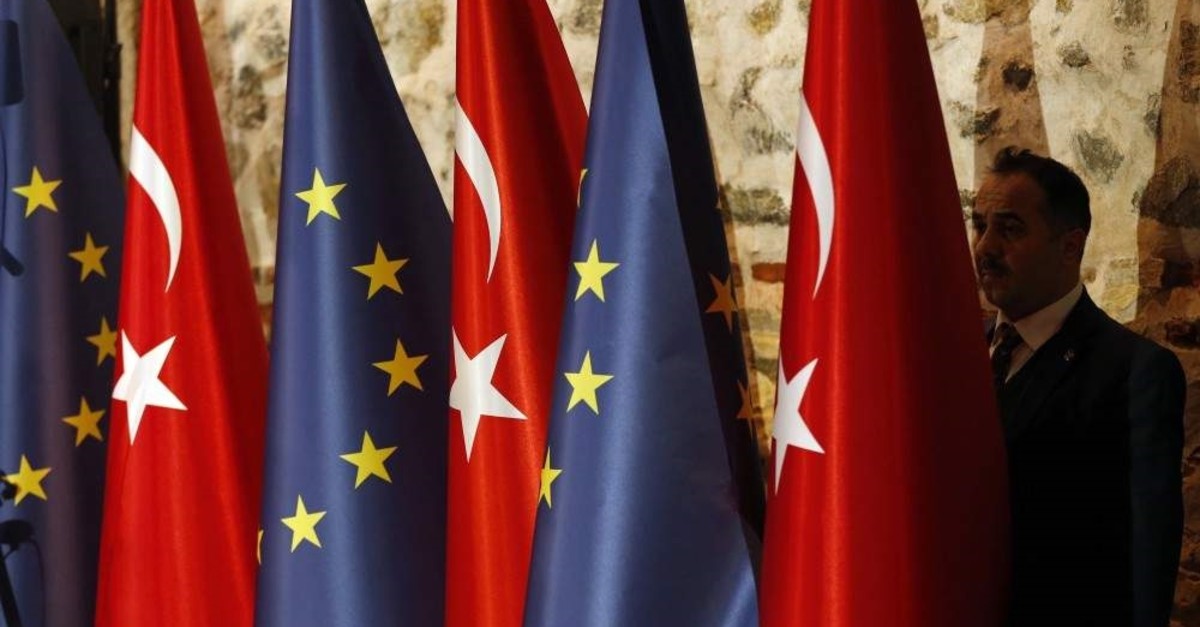 The protracted negotiations for the modernization of the 24-year-old Turkey-European Union customs union are expected to enter a new round on Dec. 19.
by Daily Sabah Dec 16, 2019 5:31 pm

Over the last number of years, Turkish and European officials have been carrying out talks focused on revising the 24-year-old customs union agreed upon between both parties. Although talks have been stalled and rocked by political tensions over the last three years, business circles and officials from both sides still endeavor to maintain dialogue. Thanks to this persistence, the latest round of negotiations is scheduled to take place on Thursday, Dec. 19.

Turkey is the only non-European Union country with a customs union agreement with the bloc. The deal was penned with the European Economic Community (EEC), forerunner to the EU, in 1966. In its Dec. 21, 2016, assessment, the EU Commission proposed revamping the deal, which currently only covers a limited range of industrial products and excludes agriculture, public procurement and services. With the inclusion of these sectors with third-party countries, bilateral trade between Turkey and the EU is expected to reach $300 billion, a stalk increase from its current level of $165 billion.

The updated Customs Union is expected to expand Turkey’s gross domestic product (GDP) by 2% by 2030, and bring about a 24.5% increase over the normal rate of increase in total exports and a 23% increase over imports. With the public procurement tenders available as a result of an expanded version of the deal, Turkey aims to secure access to bids in European countries and participate actively in the decision-making processes. Talks are ongoing, however, and will cover a wide range of issues, including the trade of agricultural produce and entrance of second-hand automobiles to the country.

Stressing the importance of updating the deal, Pekcan remarked business opportunities can open up for both side if success is secured. “The modernized deal will ensure a mechanism that will enable Turkey to simultaneously benefit from the EU’s trade deal and remove highway transport quotas,” Pekcan said during budget meetings on Friday.

Turkey also demands greater market access for agricultural products, in addition to processed goods. The Turkish delegation will also convey its demands for the elimination of quotas on dairy products and the resolution of problems and technical hurdles to the sale of livestock and vegetables, in addition to access to health markets and industrial products.