Flowers from Antalya to adorn homes across Europe, Russia for Christmas and New Year's 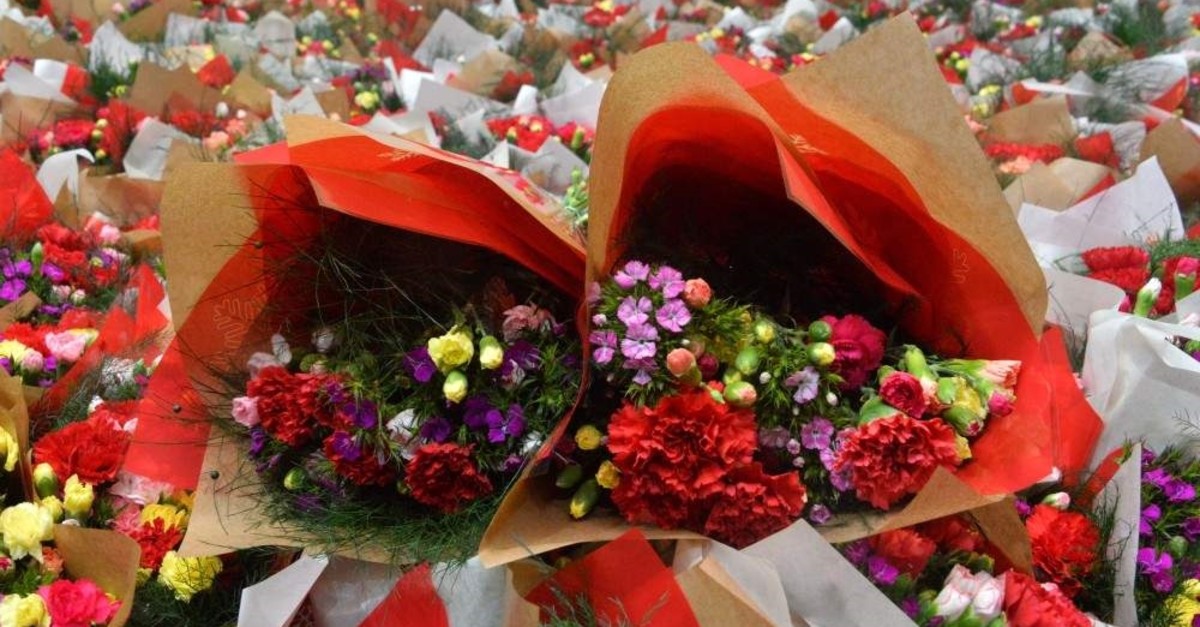 Flower exports from Antalya for Christmas and New Year's Eve celebrations are said to have generated a revenue of $7 million. (DHA Photo)
by Daily Sabah with DHA Dec 20, 2019 5:08 pm

The Mediterranean city of Antalya's cut flower industry exported around 70 million flowers to 27 European countries and Russia for Christmas and New Year's Eve celebrations, according to the head of a local exporters association.

"The truck shipments are now over. We are now sending them (flowers) to places with extra requests by planes ... We have sent carnations to many European countries, especially the Netherlands, the U.K. and Germany," he noted.

He stated that carnations were the most advantageous product in terms of competition. "Carnation constitutes 90% of the cut flowers. Unfortunately, since we do not have a world-class environment to grow other species of flowers, our export of cut flowers is focused on carnations at the moment. Since the color of Christmas is red, there is a very high demand for red flowers. There is also a keen interest in white, purple and maroon flowers." 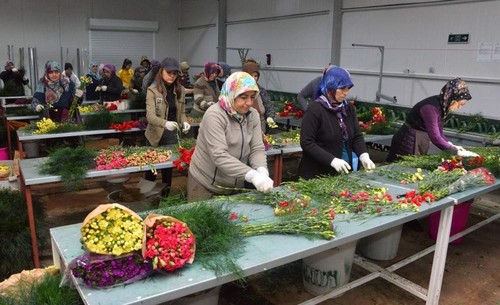 The flower is a very important part of celebrations in Europe and the eastern bloc, Yılmaz said, adding that people give each other flowers on every occasion. "There is a $21 billion flower trade in the world and $14 billion of this is happening in 16 countries in Europe. The flower culture is very high in developed countries ... The average consumption of flowers per person in Europe is 80 euros ($89), while we still hover around 4 euros."

Pointing out that there is also dynamism in the domestic market due to the New Year's Eve celebrations, he indicated that demand in the domestic market has remained pale in comparison with exports. According to Yılmaz, some 30,000 people, including 20,000 women, are employed in flower production in Turkey, while some 300,000 others are indirectly employed in the sector. Also, flower production takes place in an area of nearly 50,000 decares.

Bilgesu Çandır, one of the executives of Flash Tarım, said the Christmas shipment to Europe has been completed and that they continue to work on bouquets of flowers for the domestic market, in which she said, despite stagnation, saw a 40% increase in flower consumption, according to information they received from local markets.

Highlighting that carnations and the red flowers are the most preferred for Christmas and New Year's Eve celebrations, Çandır stated that kokinas, known as the "Christmas flower" in the domestic market, are also seeing high demand.

Indicating that they are essential to Christmas and that they actually have a story, Çandır said: "It is believed that all wishes come true if the kokina dries slowly without losing its color when someone buys it and makes wishes. And that's why we're bringing kokina to flower lovers at supermarkets. It is an old tradition in Turkey."