Turkey generates $1 billion in revenue from thermal tourism in 2019 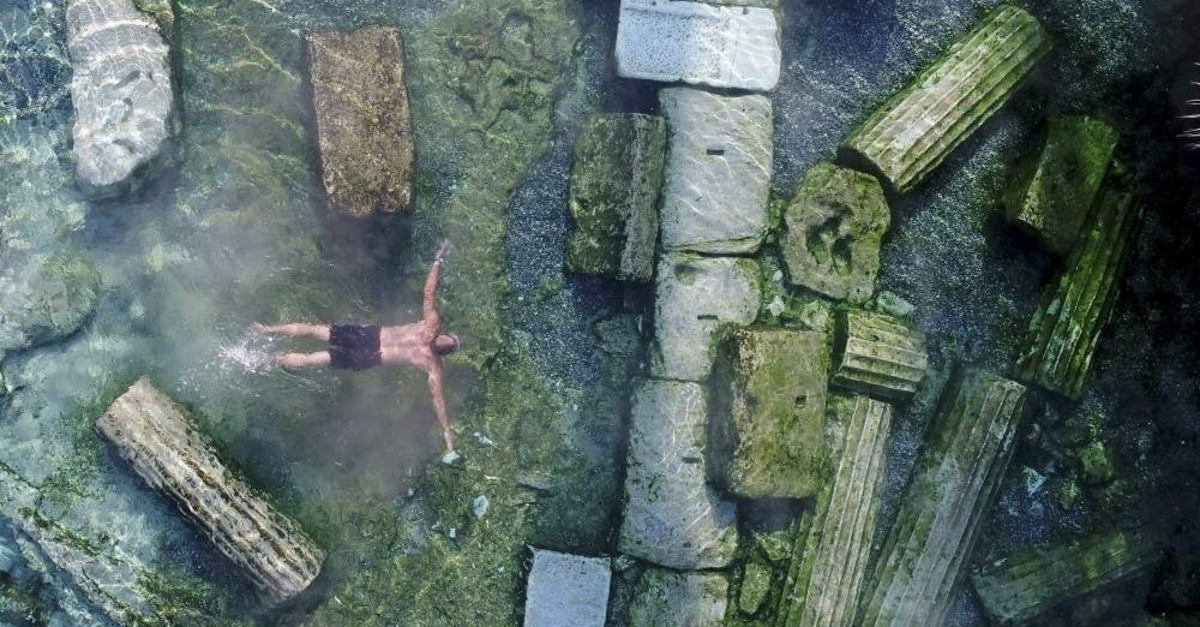 Thermal facilities in Turkey have generated approximately $1 billion in revenue from some 3 million tourists, including 750,000 foreigners, throughout 2019, according to the head of the Thermal Health and Tourism Association (TESTUD).

Turkey's medical tourism has become a booming sector, with hundreds of thousands of foreigners visiting Turkey annually for health activities such as surgeries, natural spring waters and hair transplants.

Turkey presents foreign patients with high-quality treatment at lower costs in comparison with Europe, the U.S. and other western countries.

Yıllık underscored that Bursa, Denizli, Yalova, Ankara, Dalaman, Istanbul and İzmir are the most fortunate cities due to their proximity to the airports and the ease of access to the service.

Located in the Aegean province Denizli, the world-renowned Pamukkale is one of the most popular sites for such tourists, particularly those from Europe, East Asia, Latin America as well as Russia.

Yıllık further stressed that despite the fewer number of tourists from Germany, Italy, Czechia and Israel, there was a higher foreign exchange inflow due to cultural tours made in addition to thermal tourism.

"Foreign tourists, who spend $650-$750 on average in the all-inclusive accommodation system, reach over $1,000 in alternative tourism, thus providing more foreign exchange inflow to our country," he continued. "In this context, our country, which is rich in terms of tourism, should focus on thermal health and alternative tourism as well as sea, sand and sun tourism."

TESTUD was established in 2017 and has 183 members consisting of hospitals, thermal facilities, rehabilitation centers and health professionals.

Stating that they are trying to introduce elderly and disabled care facilities in Turkey to foreign insurance companies and health institutions by organizing educational promotional activities at home and abroad, Yılık explained that this year they made promotional visits to many countries and cities, spearheaded by Russia.

He recalled that the 2019 Turkey-Russia Mutual Culture and Tourism Declaration of Intent was signed at the Turkey-Russia High-Level Cooperation Council Meeting held in Moscow last year by the ministers of both countries, which in turn paved the way for dozens of important activities in the fields of culture, art and tourism to promote the culture of both countries.

Highlighting that they established a bridge between the agencies serving in Turkey and Russia and signed agreements worth approximately $500 million, Yılık stressed that they are striving for Turkey to get more shares from the thermal tourism cake.

Yıllık pointed out that Turkey, surrounded by seas on three sides, has a short flight distance to Europe, Asia and the Middle East, which is a vital factor for the touristic preference.

"Located on an important geothermal belt, Turkey is one of the top seven countries in the world in terms of resource richness and potential and is considered as the first in Europe," he said. "In our country, there are 1,500 thermal springs with high therapeutic and geothermal potential in 41 provinces, and the quality and resources of the facilities are improving day by day. However, as of 2019, only 260 facilities in Turkey have a Thermal Resort Certificate."