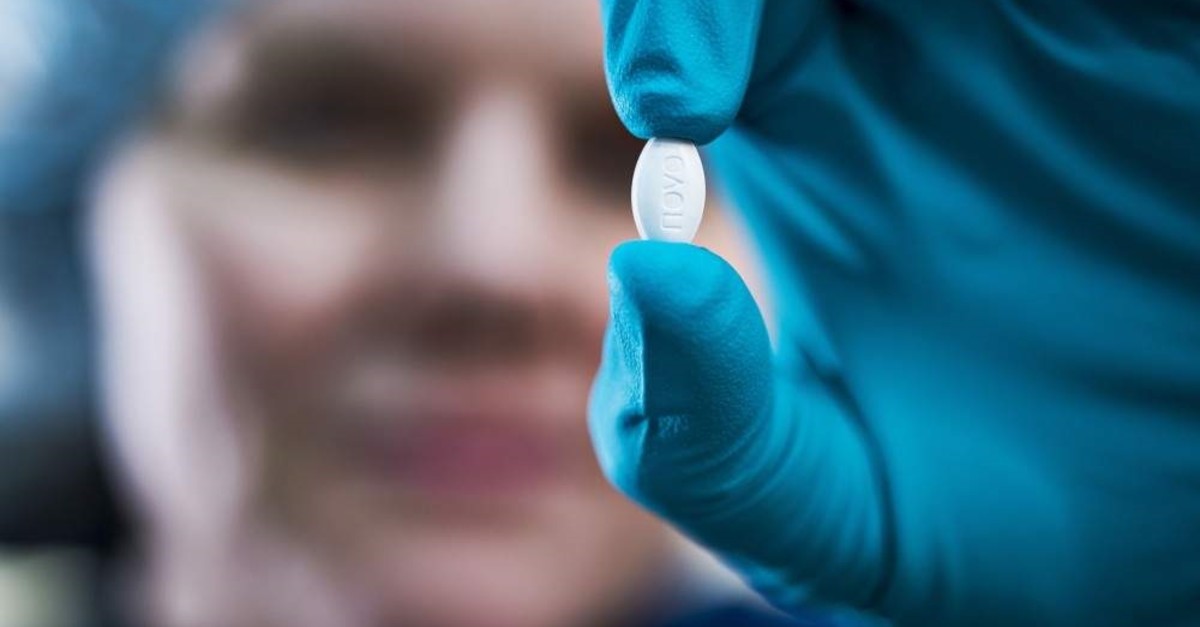 Best known for its leadership in diabetes care, the Danish drugmaker Novo Nordisk will manage operations in 73 countries with a combined population of around 1.6 billion from its headquarters in Istanbul

Novo Nordisk, a Denmark-based multinational pharmaceutical company specialized in diabetes and other serious chronic diseases, has decided to expand its operations and make Turkey's biggest metropolis Istanbul its regional management base from where it will be running operations in a region with a population of around 1.6 billion.

The leading global drugmaker in diabetes, obesity, hemophilia and growth disorder treatments has increased the number of the countries it manages from Istanbul to 73, up from the previous 22, in the last months of 2019, the company's Corporate Vice President Emil Kongshøj Larsen told Daily Sabah in a recent interview.

From its headquarters in Istanbul, Novo Nordisk will now be responsible for the Business Area Near East, Commonwealth of Independent States (CIS) and Africa (BANECA) region with a combined population of around 1.6 billion.

Its previous operations covered a region of 22 countries, including Turkey, Russia, Israel, Pakistan, Kazakhstan, Lebanon, Ukraine and Jordan, with a combined population of some 680 million.

There are almost 5 million patients in Near East, CIS and African countries currently said to be undergoing treatments with Novo Nordisk medications, a number that is expected to consistently grow in the coming period due to increasing diabetes and obesity rates.

There are currently more than 420 million diabetic adults in the world, up from 180 million in 1980, World Health Organization (WHO) statistics show. And according to the International Diabetes Federation, the number could swell to 629 million by 2045.

It is said to be the seventh leading cause of death and a major cause of debilitating complications like heart attacks, stroke, kidney failure, blindness and lower limb amputations, according to WHO. According to the organization, at least 2.8 million people die each year because of obesity.

"Over the years, Turkey has become an excellent increasingly important base for Novo Nordisk due to its geographical location and sound logistics infrastructure," Larsen said.

Having entered the Turkish market back in 1995, the pharma giant had managed operations in 11 countries in the Near East region from Istanbul at the first stage, a figure that was increased to 22 in 2017, according to Larsen. The country had moved its headquarters from Athens, Greece to Istanbul in 2007, according to Larsen, who said the company found Istanbul to be a more cosmopolitan hub both because of logistics and because of the Turkish talent.

"Istanbul is a more natural hub if you want to cover a good part of the Near East, CIS countries and Africa. And it has proven to be a success. Because of the success of the hub, we have been expanding the geographical region over the years," he added.

In addition, Larsen noted, more tasks have been given to the city both for commercial projects and clinical trials.

"The fact that the total population of the countries that will now be managed from Istanbul is 1.6 billion makes our management base in Istanbul the largest office of its kind globally in terms of both geography and the population it covers," Larsen added.

TURKEY COULD BE PRODUCTION BASE

Referring to what he said were other reasons behind the company's decision to enlarge its office in Istanbul, Novo Nordisk's corporate vice president said it was the company's appreciation of highly qualified and innovative labor force that makes it open to change, in addition to the geographical advantages of managing operations from Turkey's largest city.

"Our office in Istanbul has become a center that attracts new talent to the company, and our Turkish colleagues today hold some senior positions throughout the company," he added. Some 84 Turks are said to be working in the company outside the country.

The Turkish economy began rebalancing in 2019 after losing momentum in the second half of 2018 due to turmoil and high volatility in exchange rates that pushed inflation and interest rates while domestic demand tumbled.

According to Larsen, Novo Nordisk has been trying to consider the long term. "The short term has been challenging ... But we think the long term is very positive for Turkey. We are trying to adopt a long-term view because we see the potential here in Turkey. It has been tough, but we believe that if we stick with Turkey then we will also see the benefits for the company in the long term."

Larsen also emphasized that Novo Nordisk still explores new incentive mechanisms to support local manufacturing, and Turkey also could be a production base for Novo Nordisk.

"Currently, we provide life-saving drugs to 700,000 patients in Turkey. We continue our commitment to contribute to the overall growth and productivity of health services in the country by bringing innovative treatments to Turkey," he said.

Speaking of the health care system in Turkey, Larsen said one of the biggest successes of the country has been the development of its health care infrastructure over the last 10 years.

"You have to admire how much health care has improved over that period. You also see that in some of the statistics such as life expectancy," he added.

What's more, the company has been working with institutions and universities in Turkey on research and development. It carries out various trials, tests new products and has been making additional investments in these processes.

Novo Nordisk Turkey General Manager Burak Cem said the company is currently carrying out clinical research with 32 centers in Turkey and is running 12 international studies with those centers.

"Last year, we invested TL 28 million only for clinical trials. If you look at the last five years, we have spent almost TL 80 million. We are investing each year, and we would like to double it," Cem said.

Cem emphasized that Turkey has been in the process of determining and implementing a long-term policy in health sciences that focuses on high-technology.

"It is very positive that the access to R&D, value-added production and innovative medicines have been made a priority for the health sector and that mechanisms are being developed with new incentives that support new investments," Cem noted.

"These efforts make Turkey attractive in terms of it becoming a regional hub and attracting investments from companies such as Novo Nordisk," he added.

"That is why Istanbul being chosen as a major hub constitutes a very important step for Turkey," said Cem.

Novo Nordisk has more than 95 years of experience in diabetes care, which enabled it to also expand its abilities and innovation in terms of obesity, hemophilia and growth disorders as well as other serious chronic diseases.

The company is said to have been supplying nearly half the world's insulin. Insulin was discovered as a vital treatment for diabetes more than 100 years ago but despite an ample supply, high prices make it difficult for many diabetics to access the life-saving hormone, especially in low- and middle-income countries.

Some 29.2 million patients are said to use Novo Nordisk's diabetes products, according to the company's official website.

As of September 2019, the company has over 42,200 employees in 80 countries and markets its products in more than 170 countries.