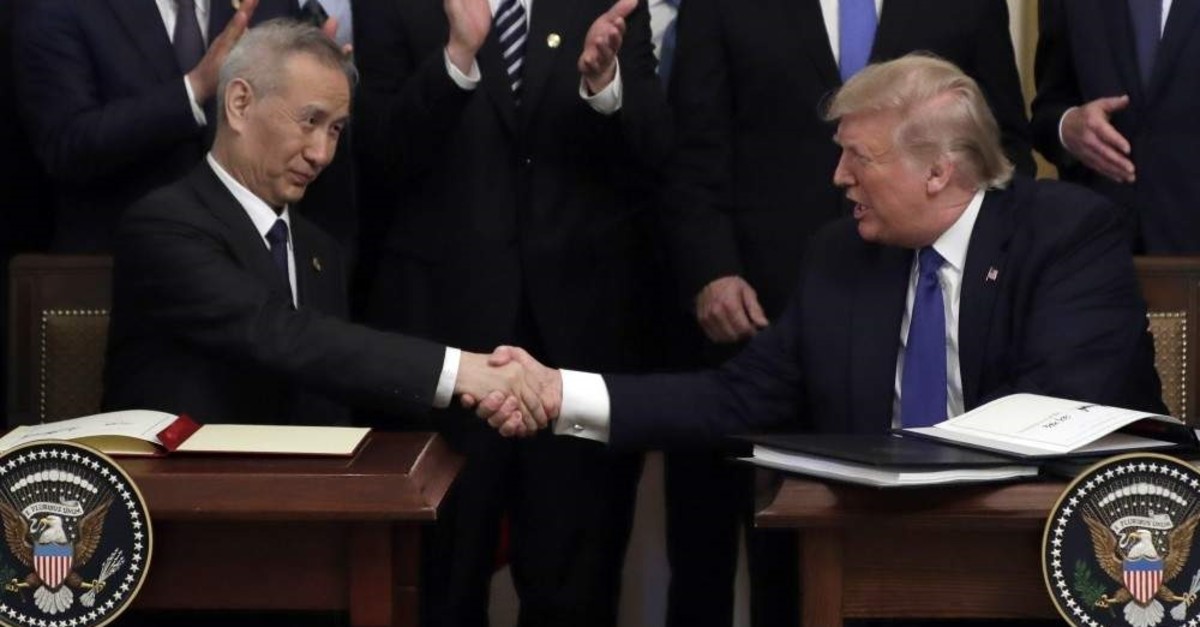 President Donald Trump signed a trade agreement Wednesday with China that is expected to boost exports from U.S. farmers and manufacturers and is aimed at lowering tensions in a long-running dispute between the economic powers.

Trump said during a White House ceremony that the deal is "righting the wrongs of the past." He promoted the signing as a way of delivering economic justice for American workers and said, "We mark a sea change in international trade" with the signing.

Chinese leader Xi Jinping, in a letter to Trump that was read by Beijing's chief negotiator Liu He, said concluding the first phase of the trade deal was "good for China, the U.S. and for the whole world."

But the "phase one" trade agreement would do little to force China to make the major economic changes such as reducing unfair subsidies for its own companies that the Trump administration sought when it started the trade war by imposing tariffs on Chinese imports in July 2018.

The White House ceremony gave Trump a chance to cite progress on a top economic priority on the same day that the House prepared to vote to send articles of impeachment to the Senate for a trial.

"Our efforts have yielded a transformative deal that will bring benefits to both countries,'' Trump said. He added: "Keeping these two giant and powerful nations together in harmony is so important for the world" and said, "the world is watching today."

The agreement is intended to ease some U.S. economic sanctions on China while Beijing would step up purchases of American farm products and other goods. Trump cited beef, pork, poultry, seafood, rice and dairy products as examples.

The deal would lower tensions in a trade dispute that has slowed global growth, hurt American manufacturers and weighed on the Chinese economy.

In remarks to an audience of administration officials, lawmakers and business leaders, Trump said before the signing that the "unbelievable deal" would benefit both countries and "lead to even a more stable peace throughout the world.''

Thornier trade-related issues are expected to be taken up in future rounds of negotiations. But it's unclear when those talks might begin, and few observers expect much progress before the U.S. presidential election in November.

"It is imperative that we develop trade and economic rules and practices that allow us both to prosper. The alternative is not acceptable for either of us," said Trump's chief trade representative, Robert Lighthizer.

His Chinese counterpart said, "the world is now at a critical historical crossroads" facing choices of how to promote country-to-country cooperation.

"Cooperation is the only right choice,'' said Liu, the vice premier.