9 out of 10 Italian firms happy to invest in Turkey, survey shows 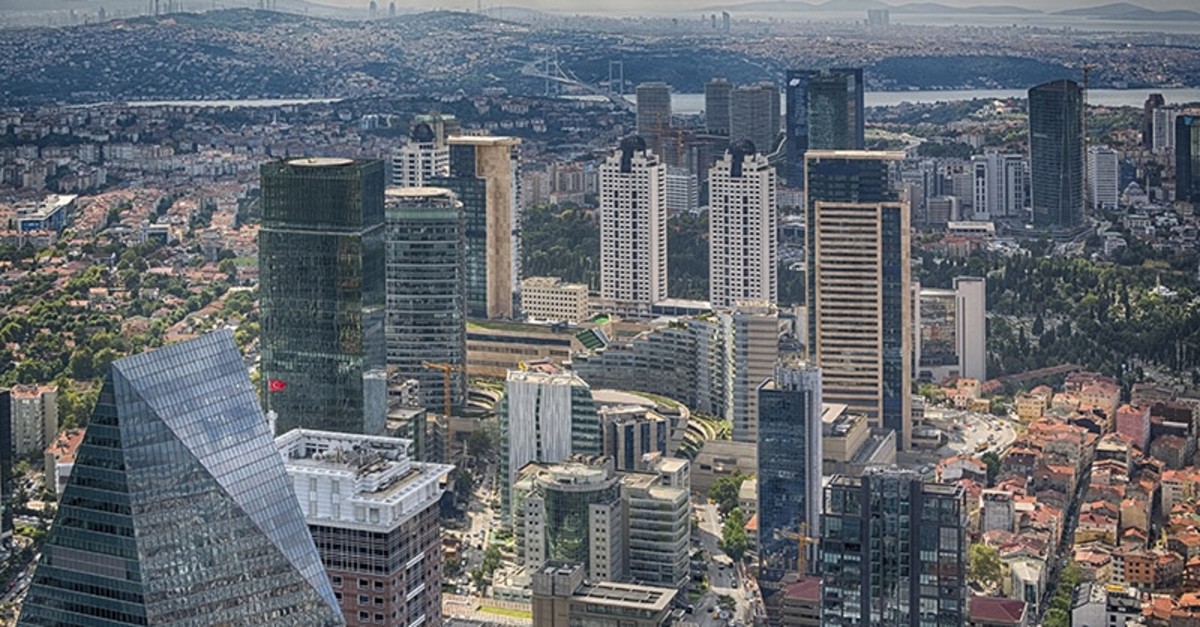 An aerial view of the Levent business district in Istanbul. (iStock Photo)
by Daily Sabah with AA
Jan 21, 2020 5:16 pm

About 87% of Italian firms participating in the survey recommend the Turkish market to other companies, while 80% see the country's geopolitical location as a positive factor for business opportunities

Seen as the two most important economies in the Mediterranean basin, Turkey and Italy have had close economic ties over the years which eventually led to growing trade and investments. What's more, the latest survey by a Rome-based institution showed that nearly 90% of Italian companies operating in Turkey are happy with their investments in the country.

Some nine out of 10 Italian companies operating in Turkey are pleased to invest in the country, according to the Centre for International Politics Studies' (CeSPI) survey, released late Monday during a press conference in the capital Rome.

Conducted in November and December, the survey revealed that 87% of firm representatives recommend the Turkish market to other companies. Some 80% of firms see Turkey's geopolitical location as a positive factor for business opportunities, while 85% of companies said conducting business in the country is safe.

The survey was conducted with 80 Italian companies operating in Turkey.

Addressing the conference, Arda Ermut, president of Turkey's Investment Office, called the high satisfaction rate a great success and very important for Turkey. Turkey will focus on the 10% of companies that are not satisfied with their investments in the country and make their experience positive, he noted.

It is important that Italian investors see Turkey's judicial system, financial discipline and potential positive points, stressed Ermut. "We will perform better in the coming period and try to attract more investment from Italy to Turkey," he added.

Turkey ranked 33rd among 190 nations in the World Bank's Ease of Doing Business 2020 ranking published in October. It jumped 10 places compared with the previous year. The report took into account reforms implemented between May 2018 and May 2019.

The study analyzes business regulations and their enforcement, looks at domestic small and medium-sized companies and measures the regulations applying to them throughout their life cycle. It focuses on five main areas: opening a business, getting a location, accessing finance, dealing with day-to-day operations and operating in a secure business environment. Turkey scored 76.8 points out of 100 last year, the same as France.

Also speaking at the conference, CeSPI Director Daniele Frigeri said Turkey and Italy are important trade partners and that they have observed growth in their bilateral ties, due to which they decided to conduct the survey to analyze the perception of Turkey.

Esenli pointed to the visit of Italian Prime Minister Giuseppe Conte to Turkey last week, during which Conte and President Recep Tayyip Erdoğan reiterated a commitment to increase the bilateral trade volume to $30 billion.

Italy has been Turkey's third-largest export market after Germany and the U.K. In imports, Italy is the fifth-largest supplier country for Turkey. Trade between the two countries amounted to around $19.77 billion in 2017 and $19.71 billion in 2018, according to Turkish Statistical Institute (TurkStat) data. The figure reached $16.35 billion in the January-November period of last year, with Turkey's exports standing at some $8.58 billion and imports at $7.77 billion, TurkStat data showed.

Valeria Giannotta, an Italian academician and expert based in Turkey, noted that the survey that was conducted by Ixe on behalf of CeSPI confirmed the fact that Italy and Turkey have a relationship that is beyond a simple friendship. "Italian companies' strong activity also shows this," she added.
Last Update: Jan 21, 2020 6:34 pm