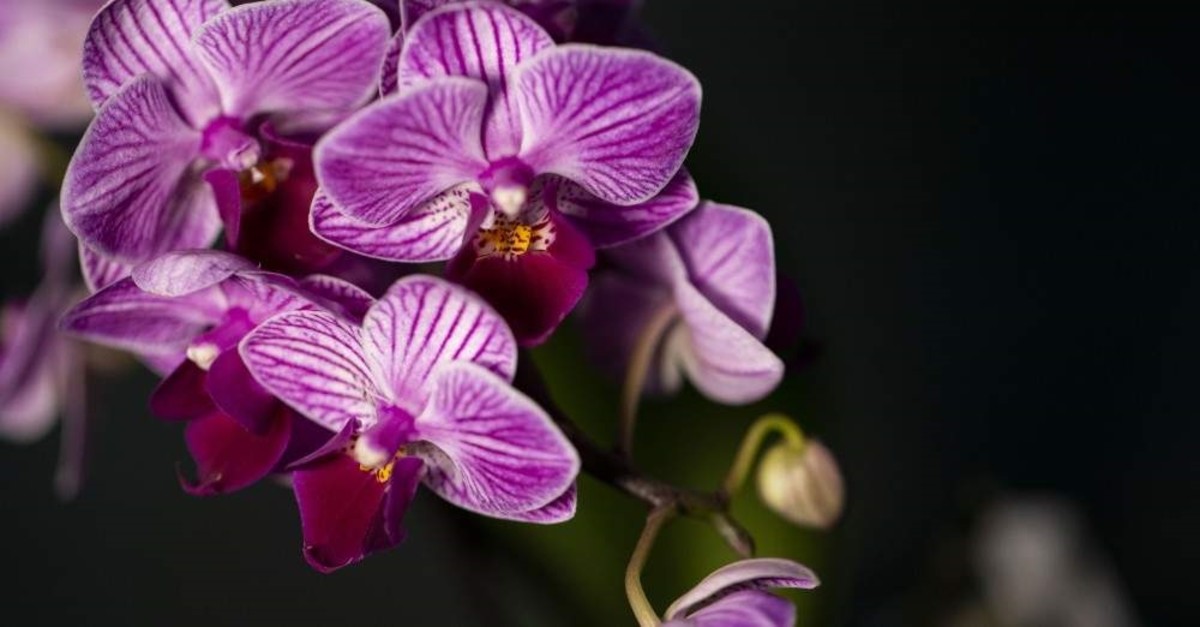 Turkey's cut flower producers are ready for Valentine's Day with 2 million orchids ready for sale. Orchids are the most commonly preferred potted plant for Feb. 14 and this year's number is a slight increase compared to previous years.

The total production of cut flowers and ornamental plants increased 0.4% in 2019, totaling 1.7 billion pieces, according to an Anadolu Agency (AA) report that included data from the Turkish Statistical Institute (TurkStat).

According to the data, cut flowers constituted some 63.6% of total production last year, increasing by 3.6% and reaching 1.09 billion pieces. Ornamental plant production, on the other hand, has dropped by 4.8% compared to the previous year and decreased to 624.7 million pieces.

Among those, 1.9 million orchids were produced for Valentine's Day alone, with this year's numbers expected to be around 2 million. The number of orchids sold annually in the country is approximately 6 million pieces.

Ahmet Korhan Çiçek, chairman of GardenKoala, Turkey's largest orchid grower company, told AA that productions had already started for Feb. 14, which sees a high demand for the blossoms each year.

Speaking of what is important when choosing the flowers to buy, Çiçek said that the leaves of the orchids should be green instead of brown, indicating the freshness of the flower.

"When it comes to growing orchids, it is enough to keep the orchid at room temperature in a bright environment. One of the points to be considered in orchid growing is watering. An orchid should be watered according to its root color. When the roots turn gray, it means the plant needs watering," he added.