Turkish exports enjoy their best January ever with 13% increase 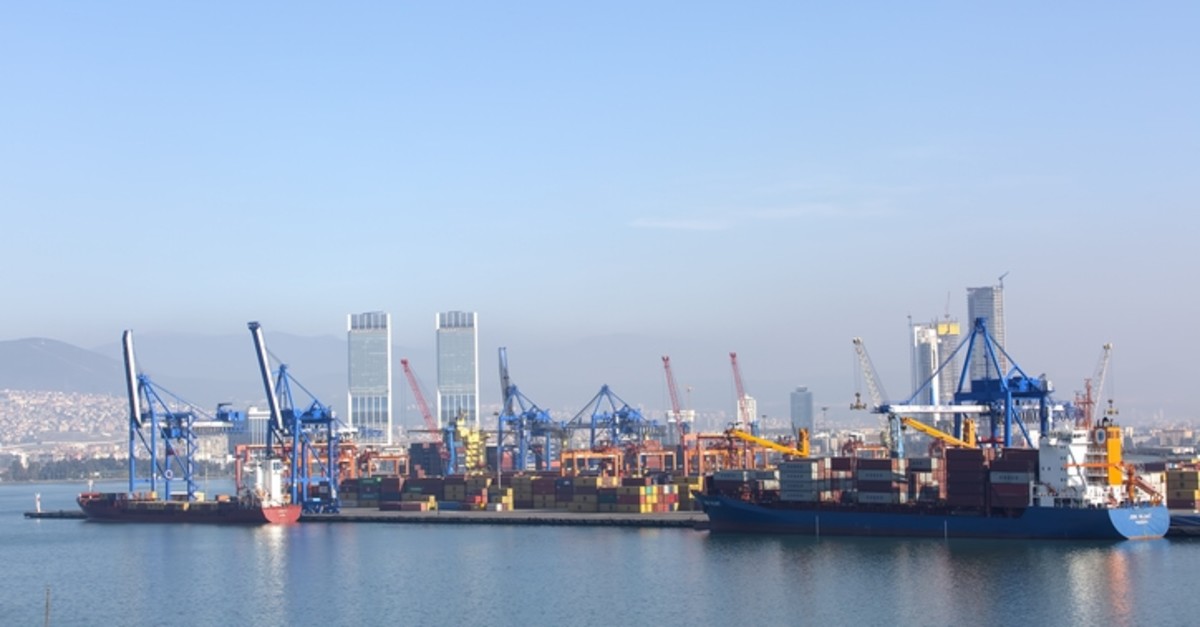 Turkey's trade volume surged by 13% year-on-year in January to $34 billion, while the exports-to-imports coverage ratio reached 76.8%. Half of the exports were made to the EU, the country's top market

Picking up from where it left off in 2019, Turkish exports witnessed their highest-ever January volume, according to data revealed Monday.

Exports were up 6.1% on an annual basis last month to $14.8 billion, Turkish Exporters Assembly (TİM) Chairman İsmail Gülle announced at a news conference in the southern Hatay province.

“This is the highest January export figure in the history of the Republic,” Trade Minister Ruhsar Pekcan said on her Twitter account. Pekcan underlined that the figure hinted at economic recovery despite the weak trend in the global economy.

Despite global challenges and tensions, Turkish exporters managed to increase their exports and reach an all-time high in 2019.

“We will continue our successful performance of 2019 in foreign trade with the same resolve and determination in 2020,” Pekcan said.

The minister said the figures also support the positive developments in the country’s macro indicators. “In terms of January-November 2019 period figures of the World Trade Organization (WTO), we ranked seventh in terms of rate of increase in exports,” she added.

“I am sure that when the WTO discloses the annual data, the remarkable success of our country during the entire last year will be seen once again. We will continue our successful performance in foreign trade from 2019 with the same determination in 2020,” Pekcan noted.

According to Gülle, imports also surged nearly 19% to hit $19.2 billion during the same period. “Thus, the exports-to-imports coverage ratio reached 76.8% in January,” he noted. The trade volume reached $34 billion in January, rising 13% year-on-year.

Germany ($1.5 billion), Italy ($889 million) and the U.K. ($870 million) were the main recipients of Turkish exports in the month. The country's exports to the EU hit $7.4 billion in January, bringing the bloc's share in Turkey's total exports to 50%, thanks to the recovery in the EU, Gülle said.

In terms of sectors, the automotive industry maintained its leadership and went on to export $2.4 billion worth of goods last month, followed by chemicals with $1.7 billion and ready-made garments with $1.5 billion.

Nine industries managed to achieve an over 10% increase in their exports. Of them, fresh fruits and vegetables enjoyed the highest rise with 29% to total $256 million, followed by hazelnut and finished goods with 22% ($185 million) and the carpet industry with 21% ($222 million).

Elaborating on the global developments, Gülle emphasized that a positive environment was established with the signing of a phase one trade deal between U.S. and China earlier last month – after Washington agreed in December to roll back some tariffs in exchange for China’s pledge to buy $200 billion more in U.S. goods and services over the next two years. Washington and Beijing are expected to start talks on a phase two trade deal.

He also noted that the Brexit process becoming more evident created a movement in investments and demand, especially in the European market.

Gülle remarked that the Turkish economy entering into a positive growth trend in the third quarter of 2019, breaking three consecutive quarters of contraction, has been reflected in the import figures.

The economy grew 0.9% year-on-year between July and September of 2019, according to the Turkish Statistical Institute (TurkStat) data. Compared with the second quarter, the Turkish economy expanded by a seasonally and calendar-adjusted 0.4%, its third positive quarter-on-quarter in a row, TurkStat data showed.

The common market expectation for the fourth quarter estimates ranges from 4.5% to 5%. While the government forecasts 0.5% annual growth for 2019, its New Economic Program (NEP) targets a 5% annual growth rate for this and the next two years.

On the other hand, the number of exporting companies increased to 90,617 in 2019, Gülle said, adding that the difference between companies making exports and those making imports has reduced to around 10,000.

Gülle said that “1,499 new companies have joined our export family in January," noting: "These firms have made around $80.4 million worth of exports. Overall, a total of 38,165 firms made exports in January."

The Turkish lira was used in exports to 174 countries by 6,404 countries, amounting to a total of TL 4.4 billion, according to the data.