British delegation due in Turkey to discuss post-Brexit trade 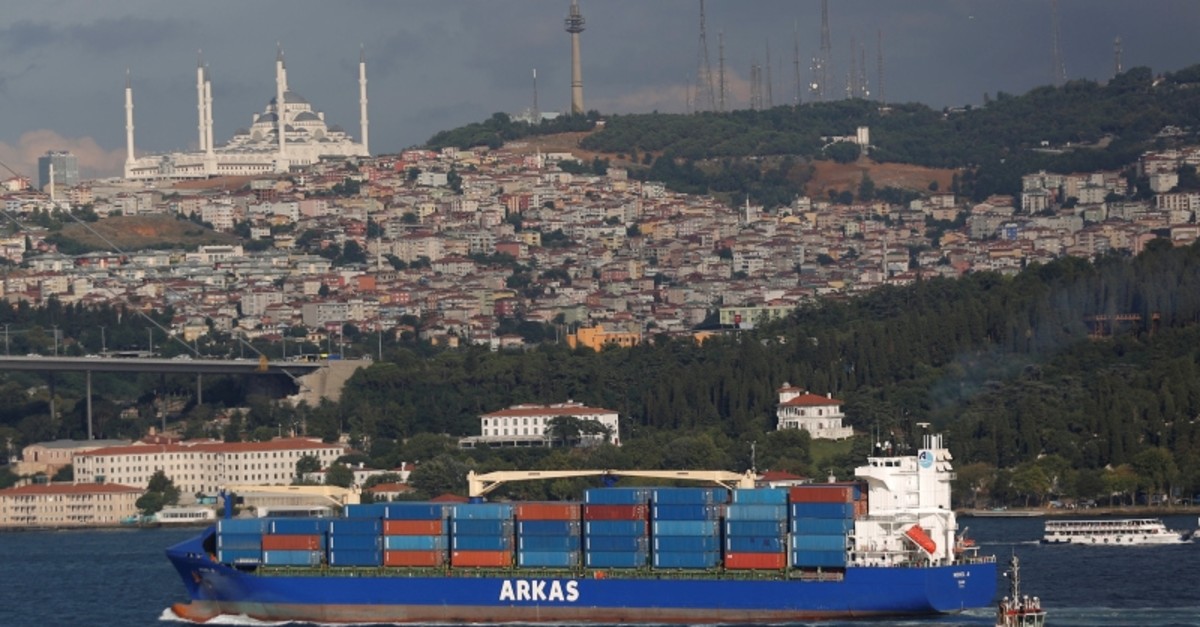 As Ankara and London look to continue negotiations on a post-Brexit free trade deal, a British delegation will be arriving in Turkey Feb. 27, Turkey's trade minister said.

"We have come to terms with both the U.K. and EU. We will make our own agreement parallel to the FTA the U.K. and EU will make between them. A British delegation will arrive on Feb. 27. We are initiating our work on this," Ruhsar Pekcan told an event in the western province of İzmir Wednesday.

Britain finally withdrew from the EU on Jan. 31 after 47 years of membership, more than three years after Britons voted to leave in a referendum. The departure process brought along many economic uncertainties, including question marks over how the relations between the U.K. and EU and its other major economic partners, including Turkey, will take shape.

The U.K. has until the end of 2020 – a transition period during which it will remain an EU member in all but name – to hammer out a new trade deal with the EU. If they fail, the legal default will be a potentially crippling no-deal Brexit that would leave trade between Britain and the EU starting in 2021 based on World Trade Organization (WTO) terms that would impose import duties and controls.

A no-deal Brexit could endanger Turkey's access to Britain as Turkey's 1995 customs union deal with the EU limits it to cut free trade deals with non-EU countries.

In October, Pekcan warned in the case of a no-deal Brexit, trade between Turkey and the U.K. – its second-largest market for Turkish goods – could drop by as much as $3 billion.

Thus, the fact that Turkey and the U.K. are major trade partners makes the finalization of a new post-Brexit free trade deal a priority for the two states in the coming period.

The trade ministry earlier this week announced it was seeking new trade channels with the U.K. during the Brexit transition period. It said that during the transition period, a new trade agreement would be negotiated between the U.K. and EU to shape future relations. The ministry said Turkey would open talks with the U.K. for a bilateral free trade deal through existing structures.

The U.K. – which is the second-largest market for Turkish products and one of the 17 target countries cited in Turkey's Export Master Plan, announced last year – is among the developed countries where Turkey runs a surplus in its foreign trade and continuously increases its exports.

Nearly 3,000 British-owned companies are operating in Turkey, and the U.K. is among the leading investors in Turkey.

Customs union update a must

In her address Wednesday, Pekcan also elaborated on the customs union agreement with the EU.

"We had a meeting with the EU in December. The update of our customs union agreement is for the benefit of both parties – us and the EU," the minister said.

"So my suggestion to them is for political discussions to be held in another channel, to prevent commercial and economic activities from being disrupted. The sine qua noncustoms union agreement update is now a must," Pekcan stressed.

Turkish and European officials have over the last couple of years been carrying out talks focused on revising the almost 25-year-old customs union agreed upon between both parties. Although talks have been stalled and rocked by political tensions over the last three years, business circles and officials from both sides still endeavor to maintain dialogue.

Turkey is the only non-European Union country with a customs union agreement with the bloc. In its Dec. 21, 2016 assessment, the EU Commission proposed revamping the deal, which currently only covers a limited range of industrial products and excludes agriculture, public procurement and services. With the inclusion of these sectors with third-party countries, bilateral trade between Turkey and the EU is expected to reach $300 billion, a stark increase from its current level of $165 billion.

The updated deal is expected to expand Turkey's gross domestic product (GDP) by 2% by 2030, and bring about a 24.5% increase over the normal rate of increase in total exports and a 23% increase above the normal rate in imports.