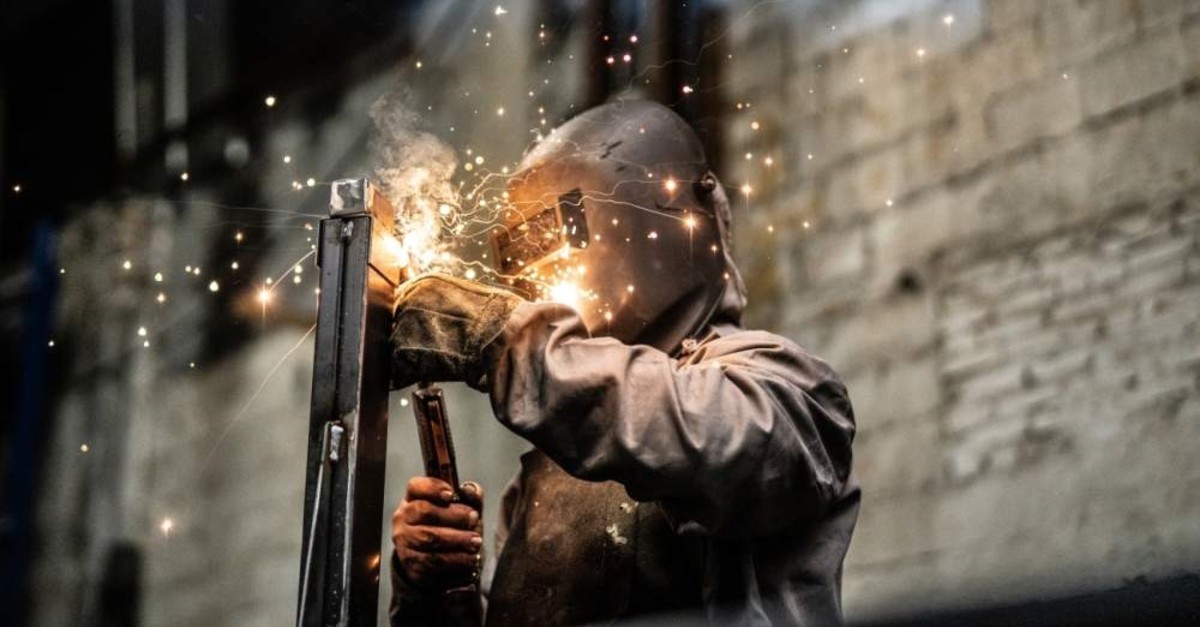 Month-on-month, industrial production was up 1.9% in December on a calendar and seasonally adjusted basis, the Turkish Statistical Institute (TurkStat) said.

A Reuters poll for the calendar-adjusted index had forecasted that output would increase 7% annually in December.

In the month, all the three main sub-indices – mining and quarrying, manufacturing and electricity, gas, steam and air conditioning – rose by 9.8%, 9.1% and 0.3%, respectively.

"The steps we have taken for growth based on value-added production, export and employment are bearing fruits. The annual 8.6% increase in the December industrial production demonstrates that this growth trend has started," said Treasury and Finance Minister Berat Albayrak, evaluating the data.

"We will keep supporting our real sector and continue to increase confidence in the economy," Albayrak said over his Twitter account.

Also elaborating on the data, Industry and Technology Minister Mustafa Varank said on Twitter that the industrial production index hit the 21-month-high in December. 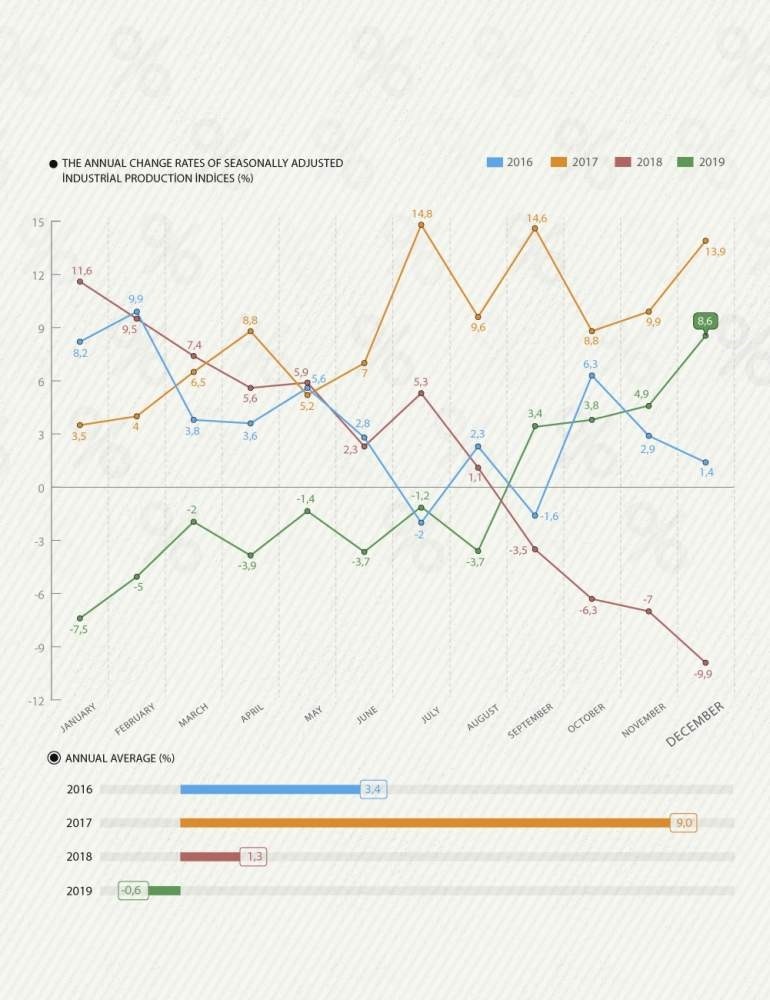 He said the country is focused on making this performance and production-based growth permanent. "We are working in a year in which growth is accelerating, the real sector is strengthening and employment is on the rise," the minister said.

"On an annual basis, all components of the index remained positive. The strong trend in the fields of capital goods, intermediate goods and high technology is an indication that we are on the right track for the future," he added.

The Turkish economy has rebounded at a much higher pace than expected from the 2018 currency shock thanks to the supportive fiscal stance, strong net exports and credit policies, ING bank said Thursday.

The bank noted that the calendar-adjusted growth in December turned out to be better than expected, gaining momentum in recent months with accelerated activity and large base effects, while the current uptrend will probably continue in the months ahead with the supportive base and continuing recovery in the macro outlook.

"Recent high-frequency data suggest the recovery will continue this year with an ongoing acceleration in lending thanks to the changes in the reserve requirement framework and deep rate-cutting cycle since mid-2019," the bank noted.

Viewed as a precursor to growth figures, industrial production has expanded since September after contracting annually for 12 straight months.

Turkey's economy grew 0.9% year-on-year between July and September, according to TurkStat data. Compared with the second quarter, it expanded by a seasonally and calendar-adjusted 0.4%, its third positive quarter-on-quarter in a row.

The common market expectation for the fourth quarter estimates ranges from 4.5% to 5%. While the government forecasts a 0.5% annual growth for the whole of 2019, its New Economic Program (NEP), announced in September last year, targets a 5% annual growth rate for 2020, 2021 and 2022.