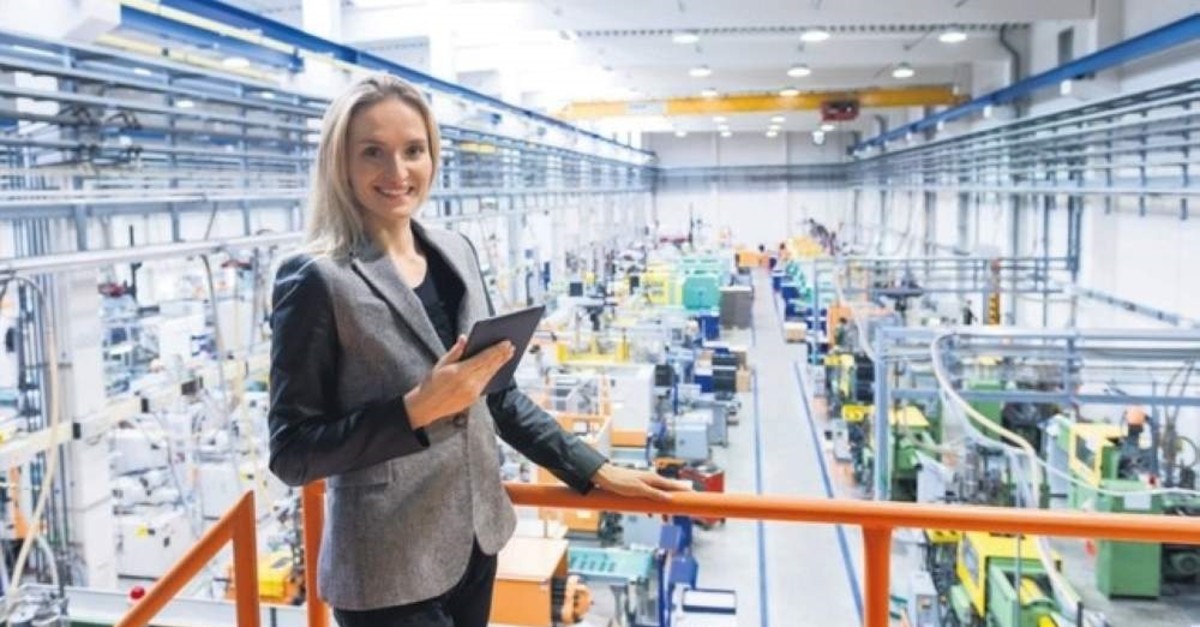 Turkey's first lady, Emine Erdoğan, lauded the country's progress in female employment and urged women to take on more entrepreneurial roles as the government prepares to kick off new programs to boost women's participation in the workforce.

Speaking at the opening ceremony of the Women Entrepreneurship Centre (GİKAMER), Erdoğan said the female employment rate rose to 34% from 23% between 2004 and 2018 in Turkey and emphasized the importance of government incentives to boost women's employment.

"Our government is working toward helping women to have a work-life balance through incentives such as maternity and breastfeeding leave and better nursery options," Erdoğan said.

She stated that more women enterprises would support the country's economic growth and lead the way for the younger generation of women to assume more leadership roles.

The first lady called on women to equip themselves with the necessary skills to become entrepreneurs through training on finance, economy, networking and communication offered at the GIKAMER.

Also present at the event, Zehra Zümrüt Selçuk, the country's minister for labor, social services and family, said 47% of participants of her ministry's entrepreneurship program were women, underlining the female potential in this area.

She said the ministry will continue to facilitate women's entry into the workforce and increase the number of female entrepreneurs.

Women's employment remains a major issue for Turkey, like elsewhere in the world, Turkey still lags behind in the participation of women in the workforce. Women's cooperatives, which allow women to join their forces for self-employment, may help boost women's employment in the country. The government, with a project supported by EU funds, will launch a cooperative program in 2020.

For the first time, the government will implement a project worth 5 million euros ($5.53 million) for women's cooperatives. TL 1.4 billion will be spent as loans for students and young people for employment opportunities while 325,000 disadvantaged students will receive direct cash assistance. Other projects will create employment opportunities for 450,000 people as well.

The ministry will also launch vocational training programs for women in guesthouses or shelters for women domestic violence victims. With EU funds, a total of 20,000 women will receive incentives to "stay" employed.

Entrepreneurship training to have more women in the workforce based on their skills will also be supported. The government will also expand daycare facilities in industrial and technology zones to encourage women who quit their jobs after giving birth to return to work.