Let's talk about the Internet in Turkey 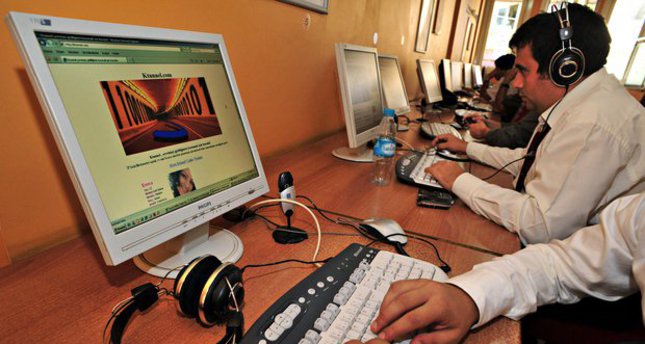 by The Editorial Board Feb 24, 2014 12:00 am
On Feb. 18, President Abdullah Gül signed into law a new piece of legislation that outraged some Internet rights activists and opposition groups over the past few weeks.

The new regulation introduces several amendments and additions to a 2007 law that caused similar reactions from opposition groups for mandating courts to block access to website on several grounds, including criminal behavior such as sexual abuse of children and facilitation of gambling and prostitution -both illegal under Turkish law. Four years later, in 2011, Turkish society embarked on yet another heated debate about the Internet when the Information and Communication Technologies Authority (BTK), a national regulatory body, introduced several optional Internet filters (such as a "child filter") to safeguard minors from certain online contents based on parental request. As such, the controversy over Turkey's most recent legislative effort to regulate the Internet dates back to the introduction of the original law back nearly seven years ago.

The government's ongoing efforts to regulate the Internet for crime prevention and law enforcement purposes reflects the Turkish law's inherent failure to cope with rapid technological change at the national and global level. In a way, the ruling AK Party contributed to this problem by promoting Internet use among the population and through heavy investments into the country's communications infrastructure. The lack of any information technology law whatsoever until 2007 alone would manifest the sheer helplessness of the law in the face of technological advancement. The initial legislation caused certain problems that the draftees had not intended.

For instance, a clause introduced by the Republican People's Party during parliamentary hearings to block content insulting national hero Mustafa Kemal Atatürk led to a scandalous ban on YouTube for over three years until the website agreed to take down the user-generated content that formed the basis of the court ruling-something that proponents claim the recently approved legislation will prevent in the future.

In other cases, the 2007 law proved completely ineffective in protecting individuals' right to privacy and crippling political opposition. In 2010, when illegally acquired intimate video footage of opposition leader Deniz Baykal surfaced on the Internet, the authorities discovered that the existing law failed to facilitate a timely solution to prevent the dissemination of such sensitive content and the leak forced the politician to resign and an unexpected leadership change in the Republican People's Party. Again the next year, Nationalist Movement Party executives found themselves helpless in the face of similar footage being published on a website which evolved into a political scandal that claimed 10 senior members of the party. What clearly motivated the AK Party to act against similar transgressions was a series of illegal wiretaps of senior government officials' conversations with business people and media personalities as well as family members.

Turkey's new Internet law unmistakably emphasizes the authorities' responsibility to protect and promote citizens' right to privacy. While the country's recent history demonstrates a clear need for such action, certain aspects of the new legislation came under heavy scrutiny from Internet rights activists and others who voiced concern that the law might create more problems than it would resolve. Most notably, the sponsors had to introduce amendments to the law to address warranted concerns regarding a specific clause, among others, that would have empowered the BTK to restrict access to websites without judicial review. Striking a healthy balance between Internet freedom and law enforcement represents an evolving debate in Turkey and elsewhere.

In this sense, the country's new Internet law reflects on the original legislation's shortcomings over the past seven years and seeks to put in place mechanisms to equip individuals to defend themselves from defamation among other threats. There is, however, no doubt that Turkey's ever-changing needs as a rapidly developing nation will require frequent updates to the current law in light of society's needs and demands. As always, dialogue and public debate will help citizens find a middle ground.