Turkish courts at the heart of controversy 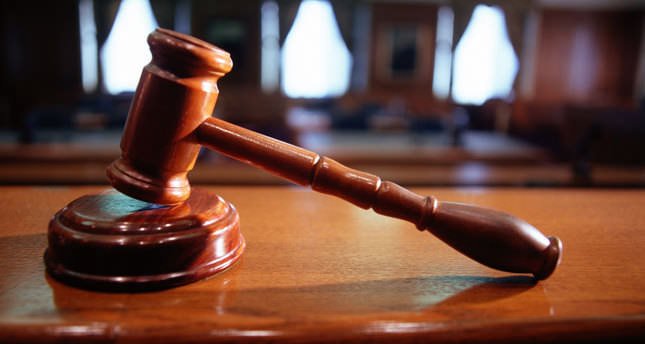 by The Editorial Board Mar 13, 2014 12:00 am
Lengthy pre-trial detentions in Turkey have been a regular feature of public debates on the country's democratic credentials for a long time. Over the past decade, the European Court of Human Rights repeatedly found the Turkish state in violation of the European Convention on Human Rights (ECHR) pursuant to the issue.

To address international concerns, the government developed reform initiatives that pressured the courts to address the problem -and faced resistance from the Special Mandate Courts (SMCs) which presided over key cases including the Ergenekon, Balyoz (Sledgehammer) and KCK trials.

Against the backdrop of heated political debate revolving around the SMCs, the Turkish Parliament passed a judicial reform bill (Law no. 6526) on Feb. 21 that introduced multiple amendments to the country's notorious anti-terror law to abolish the SMCs - commonly believed to be under Gülenist influence - and mandated chief prosecutors' offices to take over ongoing cases.

The bill also changed the criminal procedure law's wording to require "concrete evidence" as opposed to "indication of guilt" as a legal requisite to prevent arbitrary detentions. President Abdullah Gül signed the reform bill into law on March 6 and closed a controversial chapter in the country's legal history under attack from Gülenist media outlets. Amendments to key criminal laws received mixed reactions from the public.

Earlier this week, the 21st High Penal Court of Istanbul ruled in favor of journalist Tuncay Özkan's petition for release from the Silivri correctional facility, where he spent a total of 5 years and 169 days as an Ergenekon defendant. Main opposition leader Kemal Kılıçdaroglu, whose party challenged the Ergenekon trial as bogus, said that they were pleased with the court's decision. (Journalist Mustafa Balbay, another Ergenekon defendant who was released from prison last December after 4 years and 277 days, currently serves as a CHP parliamentarian.)

Although the five-year limitation on pre-trial detention represents a positive step toward safeguarding the rights of criminal defendants, certain applications of the recently adopted legislation caused public outrage - and rightfully so.

Among the most controversial court decisions since the law's entering into force was the release of Erhan Tuncel, who was charged as a main instigator of the 2007 assassination of Armenian-Turkish journalist Hrant Dink, from the Tekirdag correctional facility on March 7.

Another cause of concern about the law's potential implications was the Malatya penal court's decision to release five defendants charged with first degree murder of two Turks and a German national in 2007 whom they accused of conducting missionary activities.

On Monday, Gökhan Özbilgin, whose father Mustafa Yücel Özbilgin was shot dead at the Council of State headquarters in 2006, protested the decision to release gunman Alparslan Arslan, stating that the court had martyred his father for a second time. Others were concerned that letting Ergenekon defendants go free might jeopardize the struggle against military guardianship - one of the government's notable achievements.

The above summary of the situation today means that the Turkish government finds itself between a rock and a hard place: While the country was compelled to adapt its law to international legal standards on pre-trial detention, the public needs convincing that the scandalous court decisions were unintentional side-effects.

More importantly, however, the situation at hand clearly demonstrates the shortcomings of Turkey's court system whose failure to reach their verdicts in due time continues to jeopardize the credibility of historic cases crucial to the country's democratization efforts.

While the government's commitment to tackle the chronic problem of pre-trial detention in Turkey is a welcome effort to comply with European standards, it is also the political leadership's responsibility to take all necessary steps to improve the efficiency of the court system in order to avoid similar alarming developments in the future.