With Local Elections Won, AK Party Must Look Ahead 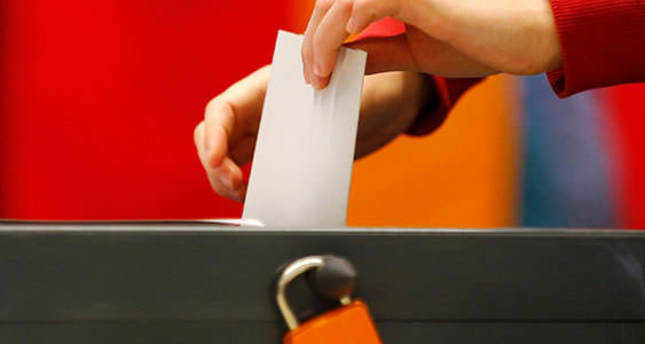 by The Editorial Board Mar 31, 2014 12:00 am
Over the past five weeks, a significant portion of our news stories and opinion pieces have dealt with the March 30 local elections.

Our primary objective has been to accurately inform our readership about Turkish politics and shed light on the ways in which the silent majority of the country views the political process. On Sunday, some 50 million people participated in local elections across the nation.

Anecdotal evidence indicates that the voter turnout has been greater than in 2004 (76.25 percent) and 2009 (85.19 percent) thanks to several nationwide "get out the vote" initiatives which enjoyed broad support from national celebrities.

Furthermore, a record number of volunteers devoted the weekend to the proper monitoring of local races and vote counts until late last night. It was their efforts and enthusiasm that ensured a steady flow of information to the people.

To recall President Abdullah Gül's statements, the country went through an exceptionally tense campaign season over the past few months. Following last summer's urban revolts, many left-leaning voters viewed the ballot box as a means to send a message to the political leadership in the nation's capital while the main opposition Republican People's Party (CHP), sought to channel the Left vote as well as Turkish nationalists toward its candidates.

Meanwhile, the Dec. 17 operation and subsequent developments provided the opposition with much-needed ammunition to target the government, effectively pushing voters toward partisanship.

In response, Prime Minister Recep Tayyip Erdoğan adopted a more aggressive tone in campaign events that attracted a record number of conservative voters. According to exit polls, the March 30 local elections marked yet another landslide victory for the ruling AK Party, which has won eight consecutive elections and referendums since 2002.

As such, the elections established that the people expressed solidarity with the Turkish prime minister and his government that came under heavy fire from the opposition and, most recently, the Gülen Movement.

Against the backdrop of leaks and illegal wiretaps allegedly perpetrated by Gülenists within the bureaucracy and law enforcement, many voters arguably opted for the AK Party instead of smaller political parties with local appeal. Moreover, the AK Party's local election victory also highlighted an ongoing lack of viable alternatives among opposition ranks.

Amidst tensions between the AK Party and the Gülen Movement, the CHP and others sought to lure away disillusioned voters from the ruling party, a game plan that omitted the rather important question of what the opposition would, if elected, do differently.

Having successfully led the AK Party to local election victory, Erdoğan now has to pick up the pace on the reform agenda to make a strong commitment to his country's European Union accession drive and embrace many segments of the population with the results of the election.

Moreover, the reconciliation process with the Kurds that was launched by the AK Party during the last few years needs to be pushed further after local elections. The results of the elections also reiterate public support for this process, which should not be delayed during this election season and should continue to be considered as a priority for the AK Party government.

The fact that the ruling party outperformed itself in the 2014 local elections will no doubt provide the additional boost of self-confidence that the government will need to tackle challenges ahead.

It is with this confidence that the AK Party must continue its democratization process. Considering the government's fallout with the Gülen Movement and a series of illegal wiretaps and leaks that surfaced since, it would appear that the authorities will take necessary steps to bring perpetrators to justice. Such efforts, however, will do little to contribute to Turkey's democracy in the absence of due transparency.