World needs to stand with Turkey against terrorism 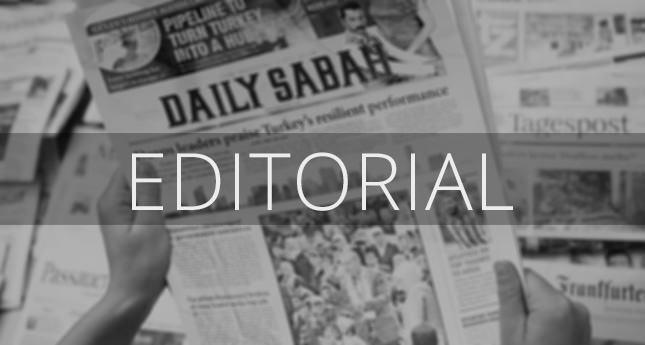 by The Editorial Board Aug 08, 2015 12:00 am
On July 24, Turkey, acting on intelligence reports about an imminent attack against border patrol units, started launching airstrikes against Islamic State of Iraq and al-Sham (ISIS) targets in northern Syria. Twenty-four hours later, Turkish F-16 fighter jets hit PKK positions in northern Iraq. The airstrikes, conducted simultaneously with a sweep of terrorist suspects across Turkey, represent a new direction in the country's foreign policy - which government officials refer to as "pre-emptive defense." Over the past weeks, Turkey received praise for its military engagement of ISIS but faced criticism over its anti-PKK campaign. Although the two campaigns are independent of each other, whether or not the PKK will reinstate the cease-fire and withdraw its forces from Turkey anytime soon will have a huge impact on Turkey's war against ISIS.

Many observers believe that Turkey's war on ISIS started after the country struck a deal with the U.S. last month. In fact, the agreement simply marked the beginning of a new phase in the campaign: In March 2013, ISIS killed several Turkish citizens in Niğde. Six months later, Turkey became one of the first countries in the world to designate ISIS as a terrorist organization and proceeded to crack down on terrorist networks at home, which led to more than 600 arrests and at least 100 convictions. Meanwhile, ISIS's official publication effectively declared war on Turkey by running an article about the pending conquest of Constantinople - which led to the killing of a Turkish soldier by ISIS terrorists in line of duty on July 23. Hence the airstrikes. Although the PKK leadership and pro-PKK politicians accuse Turkey of using the ISIS bombardment as a pretext to target the PKK, it would appear that the government, in cooperation with its allies, will launch an extensive battle against ISIS soon.

At a time when Turkey joins the military effort against ISIS, another set of events compelled the government to crack down on the PKK. On July 11, the Kurdish Communities Union (KCK), a part of the PKK network, announced that it had unilaterally ended the two-year cease-fire. The announcement led to an escalation of violence against civilians and the security forces, which the authorities ostensibly tolerated in order to avoid derailing the fragile peace process. Ironically, the attacks were perpetrated by the same armed militants that the PKK leadership had pledged to withdraw from Turkey two years ago - a promise they did not keep. Twenty-three days after the PKK ended the cease-fire, the Turkish government ordered airstrikes against their positions in northern Iraq and launched a comprehensive crackdown at home. According to Prime Minister Ahmet Davutoğlu, the military effort aims to force the PKK to reinstate the cease-fire, withdraw its armed militants from Turkey and commit to disarmament.

In order to allow Turkey and its allies to fight ISIS more effectively, the ongoing clashes between Turkey and the PKK will have to stop - which means that all parties involved must act responsibly and keep their eyes on the prize. The Turkish government, invoking its right to self-defense, does not stand to benefit from an extended military campaign against the PKK. While the authorities are essentially punishing the PKK for ending the two-year cease-fire, the ultimate purpose of Turkish airstrikes must be to continue the talks. We cannot afford to lose sight of the broader agenda and it is important that senior government officials have repeatedly said that the airstrikes are geared toward a reinstatement of the ceasefire and the withdrawal of PKK militants from Turkey.

The Kurdish political movement, in turn, must work to reinstate the cease-fire without further delay and the Peoples' Democratic Party (HDP), a political party born out of the PKK base trying to gain nationwide support, bears the greatest responsibility. In the most recent parliamentary elections, the HDP won an impressive 13 percent of the vote by presenting itself as Turkey's best hope for peace. On election day, many voters believed that empowering the political wing of the organization would facilitate peace by silencing the PKK's military leaders. The party, however, has thus far failed to condemn terrorist attacks which claimed at least 30 lives, including seven civilians, since the election. Thus far, HDP Co-Chair Selahattin Demirtaş and his colleagues conveniently resorted to conspiracy theories: In an interview with BBC, Mr. Demirtaş said "dark forces" were behind the Suruç massacre - for the record, not a reference to Star Wars. Others claimed that a group within the PKK, secretly commanded by President Recep Tayyip Erdoğan, was responsible for the escalation. Asked whether or not he had any evidence whatsoever to support his claims, Mr. Demirtaş told Der Spiegel that he did not. "But I believe," he added. (Hallelujah indeed!) Moving forward, the HDP will have to stop playing around and make some tough calls: If men with guns run the show, politicians will suffer heavier losses than everybody else.

Finally, the international community needs to stand in solidarity with Turkey in its fight against terrorism. There is no doubt that a number of governments would rather deal with other issues, but sometimes we need to remind ourselves that terrorism threatens all countries around the globe all the time. "Terrorism in one country," to borrow from Joseph Stalin, is no longer the name of the game. Nor does the world have the luxury of playing favorites among terrorist organizations.
Last Update: Aug 20, 2015 10:12 am
RELATED TOPICS