US support for PYD 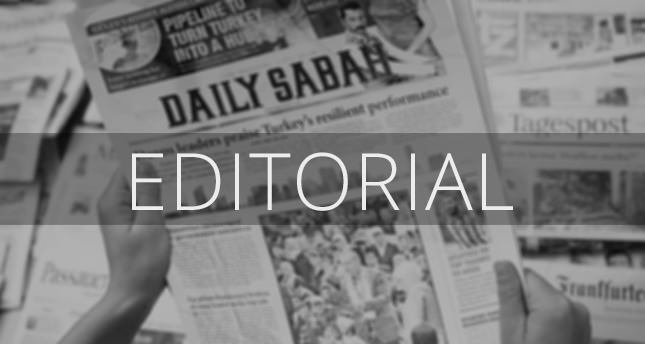 by The Editorial Board
Oct 17, 2015 12:00 am
Overt military support by the U.S. administration to the Democratic Union Party (PYD) and its armed wing, the People's Protection Units (YPG), is creating serious concern among the Turkish public and policy makers. Despite what is claimed, the PYD and PKK - which is recognized as a terrorist organization by Turkey, the U.S. and the EU - are one and the same, sharing the same leadership, aims and weapons. The Turkish government has repeatedly voiced its consternation concerning this development that constitutes a grave threat to national security. Statements emanating from top officials are getting more aggressive by the day. As close allies, Turkey is within its rights to demand an immediate and concise statement to clear up the confusion. It is of utmost importance for the U.S. to act in accordance with the historic partnership between the two countries.

Turkey and the U.S. are strategic allies and have cooperated against terrorism for decades. However, this partnership, which is of critical importance to the wider region, is in danger of becoming victim to the Syrian crisis if bilateral ties are not based on responsibility and mutual trust.With the advent of direct Russian involvement in Syria, NATO and the anti-Islamic State of Iraq and al-Sham (ISIS) coalition need to be more proactive. Close cooperation between Turkey and the U.S. is imperative, especially at a time when the regime of Syrian leader Bashar Assad is bolstered by Russian presence and the terrorist PKK is governing an entity just across the Turkish border.

Turkey is currently engaged in a broad counterterrorism campaign against the PKK, both within the country and in Northern Iraq. The terrorist group was able to exploit the global outrage against ISIS to promote itself, and its efforts to gain international legitimacy are unfortunately gaining traction due to friendly Western media outlets.

Turkey has been forced to confront the PKK, which ended its cease-fire after the June 7 parliamentary elections and resumed its terrorist attacks on security forces and civilians, alone.

The U.S. administration, which has been open about its support for the PYD, needs to respond to reports in the media about American-made weapons making their way to PKK arsenals in Northern Iraq. The U.S. administration also needs to clarify the evident inconsistency between Pentagon and State Department spokespeople, who denied ever giving weapons to the PYD, and the grateful PYD leader Salih Muslim, who thanked the U.S. for the arms received. Either U.S. officials or the head of the group the U.S. professes to support against ISIS is clearly lying. U.S. claims that it is arming the newly-named Syrian Arab Coalition, not the PYD, is too clever by half. Even U.S. officials admit that the PYD itself forms the majority of this coalition.

Turkey and the U.S. have no option but to support each other against terrorism. Neither country has the luxury of following policies that harm each other's national interests and security. The PKK is actively engaged in policies against Turkey's national integrity. Any uncoordinated and illicit weapons transfer to the PYD, which eventually ends up in the PKK's hands, cannot be tolerated. U.S. policy seems to be based on the aim to destroy ISIS, irrespective of its costs. It is an easy stance to take, considering Turkey and the regional countries will bear the brunt of the costs. Past U.S. policies, such as aiding every group that fought the Soviets in Afghanistan or believing that Saddam Hussein's fall would be enough to bring peace to Iraq, were fraught with dangers but the administrations at the time could not have cared less. It was up to the neighboring countries to pick up the pieces. The world is still picking the pieces of the U.S.'s past mistakes.

President Recep Tayyip Erdoğan and his U.S. counterpart Barack Obama spoke on the phone the other day and agreed to cooperate as allies. If policies that run counter to its interests and security continue, Turkey needs to formulate its own policies in accordance with its own national priorities.

There is only one thing the U.S. needs to do to show that it is truly a partner of worth. It needs to stop supporting terrorism. If it decides to support a terrorist group like the PYD over cooperating with Turkey against terrorism, it will be committing a huge mistake.
Last Update: Oct 17, 2015 2:02 am