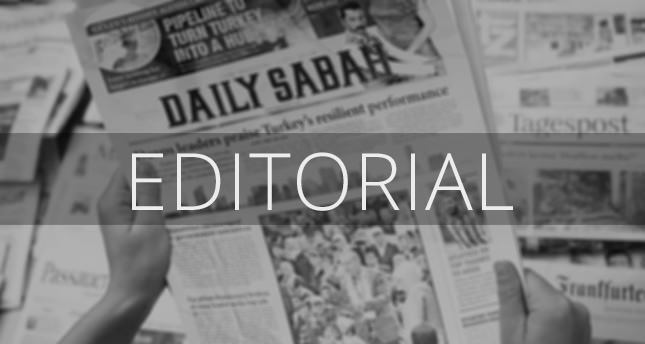 As a country that fails to guarantee its security, Iraq has no place to complain about Turkey’s troop deployment aimed to protect its military instructors who are training local Arabs and the peshmerga against DAESH

Ever since the end of the Saddam Hussein era, and even before then, Turkey has stood for the territorial integrity and sovereignty of Iraq. Turkey never withheld its strategic support from its southern neighbor or its people, and the growing commercial ties between the two countries is proof of this.

Unfortunately, Turkey's good intentions were not mirrored by Iraq's post-2003 political class, which failed to instill a sense of unity or security among the country's Kurds, Turkmens and Arabs.

The sectarian priorities this class set for itself allowed Iran to dominate all state institutions, especially the military. It was former Iraqi Prime Minister Nouri al-Maliki who deepened these sectarian polices to the detriment of his country's unity and peace, forcing ethnic and religious communities to become estranged from the central government. The only region that thwarted this Iranian influence was the Kurdistan Regional Government (KRG) in the north, which secured its interests through distancing itself from the policies of the central government in Baghdad. Alas, such policies have resulted in Iraq becoming one of the two failed states in the region.

The reason why DAESH was able to expand so rapidly last year was due to the same type of sectarian policies followed by the Baghdad government. Since June 2014, DAESH has controlled Mosul, the second-most populous city in the country. Only four days after it occupied the city, DAESH took hostage 49 Turkish nationals at the Consulate General of Turkey in Mosul, including Consul General Öztürk Yılmaz, releasing them three months later.
Soon after DAESH occupied Mosul, due to the military forces of the central government fleeing at the first sign of trouble, Baghdad approached Turkey for a cooperation agreement. Turkey in turn established a training facility and deployed a commando platoon in Bashiqa, located several kilometers from Mosul, to train local Arabs and pesmerga forces fighting DAESH.

Reports that Turkey suddenly deployed its military in Mosul are nowhere near the truth. It has only expanded its military presence to support its troops, including commandos and armored forces, already there.

So, why did Turkey decide to take such a step?

1, The Iraqi central government in Baghdad is not capable of handling the critical security crisis in the country.

2. Mosul remains in DAESH control, and there are Turkmen communities nearby. The main reason why the consul general was taken hostage was because of Turkey's lack of military capability in the region.

3. Turkey wholeheartedly supports Iraq's territorial integrity and security. However, at present, Iraqi forces seem hardly capable of ensuring the security of the Turkish trainers deployed there to help the fight against DAESH. The only reason why commandos and armored forces are deployed there was to provide security for its trainers and the trainees.

4. The region is crisscrossed by competing armed groups, including terrorist organizations, supported by various countries. No country can allow such chaos in a neighboring country to spread to its borders.

5. Portraying Turkey's troop deployments in Iraq as a violation targeting a stable, economically and politically united country would be a mistake. It would also be equally wrong to think that rules that govern Scandinavian countries, for instance, are universally applicable to Iraq or other regional countries.

The Iraqi central government's protestations, implying that Turkey's military presence came as a shock, is too clever by half and fails to reflect the truth.

We call on Iraqi Prime Minister Haider al-Abadi to beware of being carried away by daily political fluctuations and rather focus on his public's interests. Al-Abadi needs to free himself from the Iranian-dominated bureaucracy and military and show some appreciation for Turkey's efforts to train peshmerga and Arab fighters willing to take on DAESH. By objecting to Turkey's assistance, Baghdad not only helps the terrorist groups trying to carve the country, but it is also distancing itself from the West and NATO in favor of Iran and Russia's questionable patronage. Any choice al-Abadi makes will have serious repercussions for both Iraq and the wider region.
Last Update: Dec 07, 2015 7:43 pm
RELATED TOPICS