Refugee crisis: Deal or no deal? 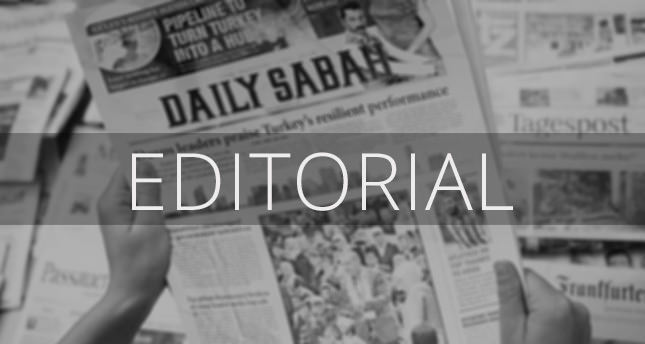 On March 7, European Union leaders held a special summit with Turkey to try and stem the flow of refugees heading to Europe. The negotiations, which produced no concrete results, will resume on March 17.

There are four several clauses among the 12 listed in the draft agreement between Turkey and the European Union that are crucial to any progress. Turkey will pledge to stem the flow of refugees, address the refugee community's needs and guarantee their rights. In return, the European Union will open up five new chapters in Turkey's EU accession process, make an additional financial contribution of 3 billion euros to Ankara by 2018 and take necessary steps to lift the Schengen zone visa requirements for Turkish citizens by the end of June.

The most concrete proposal, however, entails a radical "one in, one out" scheme which posits that for each Syrian sent back to Turkey from Greece, a Syrian already in Turkey will be resettled in an EU country. If the mechanism enters into force, both parties believe, Syrian refugees will be rewarded for applying for asylum through legal channels and punished for crossing to Europe illegally.

German Chancellor Angela Merkel and Dutch Prime Minister Mark Rutte demonstrated their leadership skills to convince their European counterparts and secure a deal at the summit. Europeans are not the only ones who need convincing either. Many Turks, who feel that the European Union has been stalling Turkey's membership bid for years, find it hard to believe that EU leaders will keep their promises even if an agreement is reached. Merkel and Rutte, again, can and should do their utmost to overcome the Turkish public's lack of trust toward Europe.

Some critics of the EU-Turkey deal argue that the Turkish government has been exploiting the refugee crisis to secure financial assistance from Europe. In truth, refugees do not pose a financial challenge to Turkey, which has already spent nearly $10 billion for them, but a social issue. As the Syrian civil war is soon to enter its sixth year, Syrian refugees constitute a majority in certain Turkish towns. As such, Turkey's priority is to work with the EU to devise a long-term strategy.

Others are concerned about visa liberation even though obtaining a tourist visa is simply a waste of time and money for many Turkish citizens. The same goes for the rest of Europe, which means that Turks who want to travel to Europe already do. Visa-free travel, however, would send a strong message to millions of Turks about partnership and solidarity. Ankara's call for opening new chapters, likewise, should be seen as a sign of its eagerness to work more closely with the EU.

We are running out of time to reach a consensus while European leaders are busy playing the blame game. Before the weather gets better, Europe, not Turkey, will need to convince hundreds of thousands of refugees that a dangerous boat ride is not worth the risk. At the same time, the conditions in refugee camps across the continent remain unfit for humans. To make matters worse, Turkey, which would be completely unaffected by millions of refugees flocking to Europe, is growing impatient.

Even if the EU deal falls through, the Turkish government should not deal with the humanitarian crisis alone. Helping refugees cross the Aegean Sea safely is not a threat, but an actual solution to a pressing problem. To be clear, a majority of Turks believe the government should assist refugees rather than watch them get robbed by human traffickers and lose their lives at sea. Once refugees safely reach Greece and Bulgaria, Turkey should provide financial assistance to host nations to improve camp conditions and address the refugee community's needs until the war ends.

At this point, though, none of that is necessary.

The refugee crisis is a European problem and Europe's leaders have no choice but to develop a European solution to fix it. Instead of pointing fingers at their least favorite colleagues, EU representatives should focus on rebuilding trust by publicly declaring how many refugees they would admit over the next five years and lead the way.

Let us together create a legal way for refugees to rebuild their lives in Europe. If Turkey and the European Union make it clear that refugees would be shipped back even if they survived the boat ride, there would be no reason for thousands of people to risk their lives at sea. Let's make a deal and put human traffickers out of business or else watch the refugee crisis become another stain on Europe's conscience.